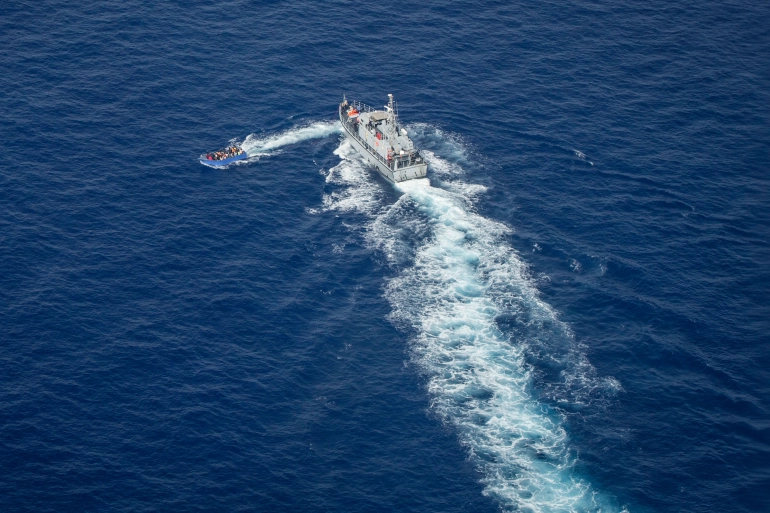 EU institutions and member states, Italy in particular, have already poured millions of euros to provide material and technical assistance to the Libyan Coastguard to strengthen their capacity to control the country’s borders and intercept migrants at sea for preventing their arrival in Europe. Yet the EU has always denied any responsibility for facilitating migrants’ returns to Libya and their detention in appalling conditions.

Recently, the European Commission stated its intention to deliver new P150 class patrol boats to the Libyan Coastguard despite the current deteriorating human rights’ situation of migrants in Libya, where the number of migrants in Tripoli’s detention centres more than tripled in the past two weeks.

Over the last weekend, when hundreds of migrants attempted to escape the Al-Mabani detention centre in Tripoli through a gap in the facility's fence, armed guards started shooting indiscriminately, killing six people and severely injuring at least 14 others.

After the indiscriminate shooting, over 2,000 migrants gathered outside the UN refugee agency’s local headquarter demanding immediate evacuation to a safe location out of Libya, but the agency suspended its work at the Tripoli day centre due to “escalating tensions involving violence and disruptive behaviour”. Similarly, also Médecins Sans Frontières has been unable to run its weekly mobile clinics for vulnerable migrants across the city.

Such widespread insecurity was particularly caused by five days of raids and random mass arrests carried out since October 1. In three days only, at least 5,000 migrants have been rounded up and arbitrarily detained in Tripoli, with many subjected also to severe physical and sexual violence. Among them, 215 children and more than 540 women, at least 30 of whom were pregnant.

The EU's statement followed also the recent report of the UN Independent Fact-finding Mission on Libya, that found that “murder, enslavement, torture, imprisonment, rape, persecution and other inhumane acts committed against migrants form part of a systematic and widespread attack directed at this population, in furtherance of a state policy” which may amount to crimes against humanity.

The report denounced as well the “responsibility that may be borne by third States” and required “further investigations to establish the role of all those involved, directly or indirectly, in these crimes”.

Michela Pugliese, Migration Researcher at Euro-Med Monitor, remarked, “Migrants in Libya are trapped in a vicious cycle that make them attempt the sea crossing, be intercepted, kept in arbitrary detention, systematically subjected to torture, sexual and gender-based violence and exploitation until they pay the guards to be released to attempt the sea crossing again, and again, and again. EU is knowingly and directly involved in this climate of impunity and this cycle of extreme abuse”.

Euro-Med Monitor urges Libya to immediately end the crackdown on migrants taking place across the country; to close migrant detention centers and halt and prevent arbitrary detention and ill-treatment of refugees, migrants and asylum seekers; to hold to account all guards involved in serious human rights’ violations against migrants; and to resume humanitarian evacuation and resettlements flights outside the country to allow people to leave Libya.

Euro-Med Monitor calls on the European Commission to suspend all cooperation on migration and border control with Libya and to condition its material support upon human rights’ guarantees; to urgently open safe and legal pathways for the thousands of people in need of protection currently trapped in Libya; to develop and deploy a European Search and Rescue mission across the Mediterranean and disembark anyone intercepted and rescued in a real place of safety – which cannot be Libya, as recently established by the Court of Naples for the first time in a sentence.