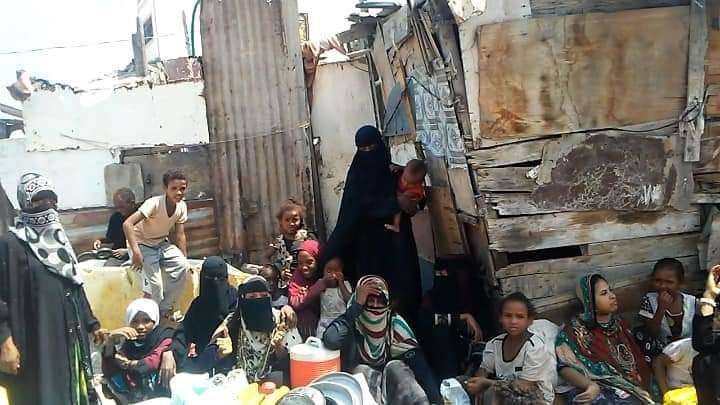 Euro-Med Monitor received information that STC forces had set dozens of houses on fire in the Jabal al-Faras neighborhood after displacing their residents by force of arms.

Residents of the neighborhood told the Euro-Med Monitor team that on October 12, the STC forces ordered dozens of families to evacuate their homes and leave the area to transform it into a military site. At the same time, they demolished a number of houses sheltering local residents after forcing them out, the residents said.

A large number of the displaced residing in the neighborhood came from the areas of Taiz, Hodeidah, Tihama, and Mocha, where the battles forced them to flee, and after an arduous journey, they ended up renting or owning homes in the Jabal Al-Faras. Now, they are facing an unknown fate after the decision to displace them.

Activist, Abdel-Fattah Saleh, a resident of Crater, told Euro-Med Monitor that “after the STC forces regained control over the neighborhoods of Crater, citizens from Jabal al-Faras were ordered to evacuate their homes and leave the Aden Governorate, while they demolished some wooden and simple houses that had been inhabited by some residents to spread fear in the hearts of the population.”

“Some of the displaced people whose simple homes were demolished are now living in the streets, while others were forced to leave their homes and go to neighboring areas, fearful of the threats they received in case they refuse to comply with the order,” he said.

The STC forces have carried out raids and arrest operations since October 9 in the neighborhoods of Crater, after putting down an armed rebellion led by Imam al-Nubi, a former leader of STC. The clashes erupted on October 2, lasted for at least one day, and ended with six people killed, including a child, according to local reports.

The STC forces are systematically displacing some of the areas they control to serve their undeclared goals. Forced displacements were recorded in a number of areas in the south of the country, most prominently of which was the discriminatory displacement of dozens of Yemenis from Socotra island last year to impose certain demographic realities on the ground.

For weeks, areas in southern Yemen have witnessed popular demonstrations protesting against the difficult living and economic conditions and demanding an improvement to the living conditions of the population. But the STC and the Yemeni government dealt with the protests with excessive violence, including live bullets. Several people were killed and wounded as a result.

Euro-Med Monitor’s Chief Operations Officer, Anas Aljerjawi, said, “The displacement of the local population and the displaced in Aden is a dangerous practice prohibited by international humanitarian law and human rights law that may amount to a war crime.”

“Displacing those who are already displaced will aggravate their suffering and deepen their plight,” he said. “Most of those who were ordered to evacuate their homes are already poor and vulnerable, but they are now facing a new challenge of finding shelters or accommodation.”

Forced displacement is a crime against humanity according to international humanitarian law. The Rome Statute of the International Criminal Court that states that “For the purpose of this Statute, "crime against humanity" means any of the following acts when committed as part of a widespread or systematic attack directed against any civilian population, with knowledge of the attack: […] (d) Deportation or forcible transfer of population […].”

Additionally, Article 49 of the Fourth Geneva Convention of 1949 prohibited the forcible mass or individual transfer of persons or their deportation from their areas of residence to other lands.

The STC should stop its forced displacement policy immediately, respect the protection guaranteed to civilians under the rules of international humanitarian law, and end all practices that may contribute to complicating the humanitarian situation in the areas it controls.

The United Nations should pressure the parties and countries that can influence the STC to lift their political cover for its arbitrary practices, push towards respecting the rights of Yemenis, and hold all those responsible for the complex violations witnessed in the areas of the STC control accountable.