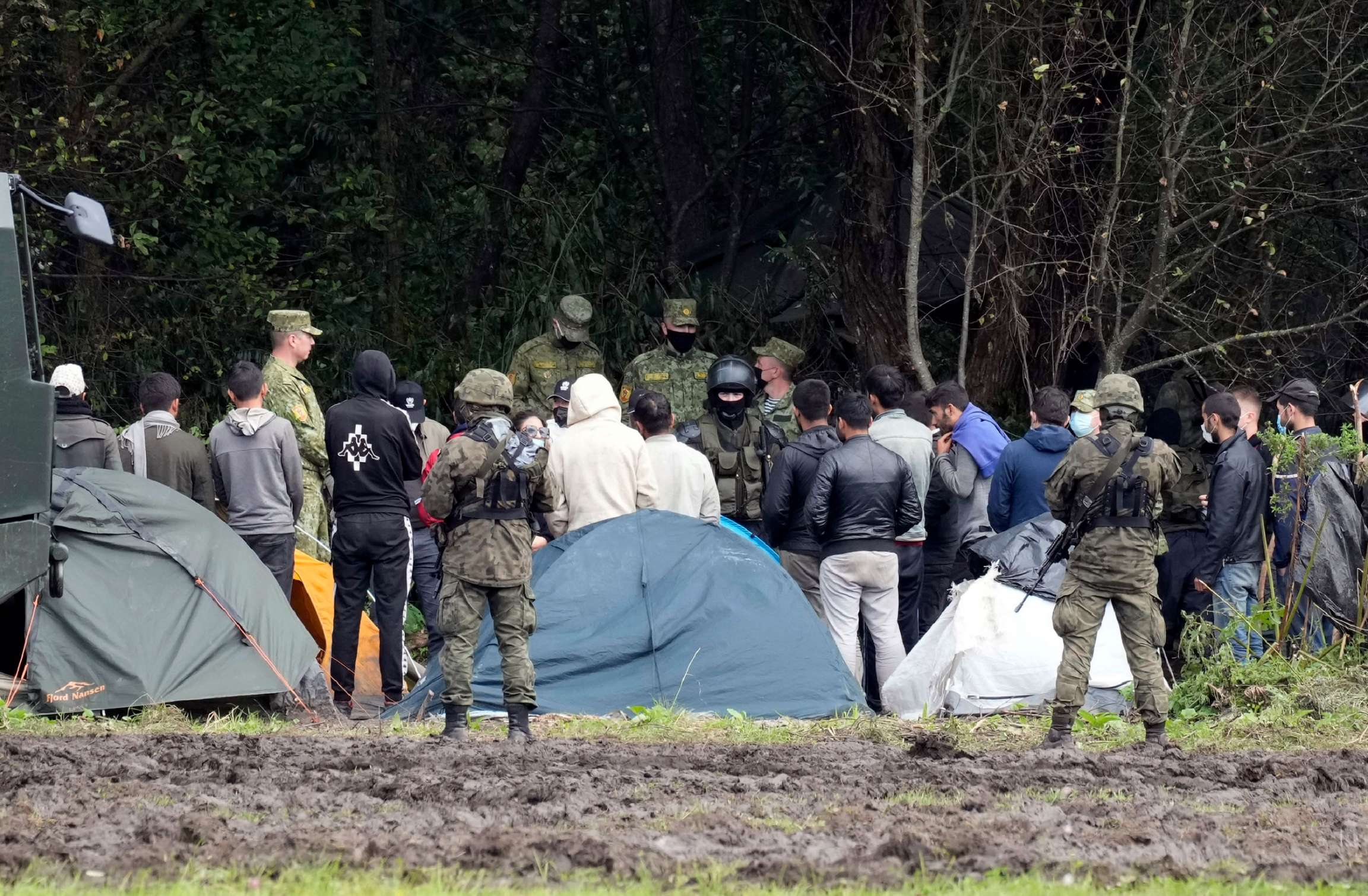 Geneva - Amidst an illegitimate state of emergency and a wider political stand-off with the Belarusian regime, Poland is attempting to legalize migrants’ pushbacks in clear breach of European and international law but with the alarming support and emulation of various Member States, Euro-Med Human Rights Monitor said in a statement today.

On October 14, the Polish parliament passed a law enabling border guards to immediately send back migrants who crossed the border irregularly, allowing for their asylum applications to be refused without examination and banning them from the country “for between six months and three years”.

The new legislation must now only be signed by President Andrzej Duda, ally of the ruling nationalists, to take force.

Poland has already been repeatedly accused of illegally pushing asylum seekers back and, for continuing to do so, has also imposed a state of emergency along the border with Belarus on September 2, using such a measure for the first time since the fall of communism in 1989.

At the end of September, President Duda called for the extension of the state of emergency for further 60 days, prohibiting movements and access by humanitarian organizations as well as journalists, not to expose the extremely harsh conditions in which thousands of migrants stranded in the woods are living, pushed back and forth between Poland and Belarus.

The crisis of migrants living undesired and in terrible conditions in search of protection in a double-locked Europe has met a second dramatic situation: the Belarusian border crisis.

According to the Poland’s border agency, since August, there have been more than 16,000 attempts to cross the Belarusian border into Poland, compared with just 120 for the whole of last year.

The surge in arrivals started after Belarusian President Alexander Lukashenko in May declared that he would no longer prevent migrants from crossing into the EU and, on October 4, officially suspended the 2020 readmission deal with the EU. Belarus’ bill was allegedly passed by the government “in response to unfriendly actions of the European Union and its member states towards Belarus”.

The EU has indeed accused President Lukashenko of facilitating irregular migration to neighbouring member states to destabilise Europe, as a response to the sanctions imposed on Minsk in 2020 for the still ongoing violent repression of Belarusian civil society and democratic opposition. Poland, which is planning to build a €350m wall on the Belarusian border, accused Belarus of waging a “hybrid war” trying to hit Europe where it is most antagonistic and vulnerable: the migrants’ issue.

“The orchestration of irregular migration to the EU”, as defined by the EU Commission, affected many Belarus’ bordering countries. Lithuania and Latvia have also reported sharp increases in migration flows over the summer and similarly adopted states of emergency, with Lithuania proposing as well to legalize migrants’ pushbacks.

A large slice of Europe seems supportive of the current unlawful Polish approach to migration.

It was only a few weeks ago that the interior ministers of Lithuania, Poland and Latvia, as well as Hungary, Czech Republic, Austria, Bulgaria, Cyprus, Denmark, Greece, Estonia, and Slovakia wrote a joint letter to the EU Commission calling for more physical barriers at the external borders as well as other – undefined - measures “to prevent the illegal border crossings”.

In the meanwhile, since August, at least seven asylum seekers have been found dead near the Poland-Belarus border, including as a result of hypothermia and exhaustion, and with temperatures now falling below freezing overnight, the number is expected to dramatically rise.

“The political stand-off between Poland, Belarus, Lithuania and the EU itself is trapping migrants amidst illegitimately impenetrable and murderous frontiers”, said Michela Pugliese, Migration Researcher at Euro-Med Monitor, “Poland’s state of emergency is completely illegitimate and cannot overstep the human right to asylum, the principle of non-refoulement and the prohibition of degrading treatment. Migrants at the borders, regardless of their method of entry, are still people before the law, not mere geopolitical hostages”.

Considering the circumstances along the Poland-Belarus border, the state of emergency is neither necessary nor legitimate and the summary return of asylum seekers without carrying out an individualized assessment constitutes a violation of Poland’s international obligations, mainly the fundamental principle of non-refoulement, the prohibition of collective expulsion and the right to access the asylum procedure.

Euro-Med calls upon Poland to immediately stop the unlawful return of asylum seekers beyond its borders and the attempt of legalizing pushbacks; to lift the unnecessary state of emergency in order to allow unimpeded access of medical and humanitarian aid, as well as legal assistance and psychosocial support at the border with Belarus; to respect the right to seek asylum and the right to legal recourse of asylum seekers; and to provide all the applicants with drinking water and food, medical assistance, sanitation facilities and adequate shelter.

Euro-Med Monitor calls on the EU to urgently establish a monitoring mechanism at the border between Poland and Belarus, who is being further militarized, to oversight human rights’ violations and make sure that all authorities deployed respect international and European law, particularly migrants’ safe access to individualized asylum procedures.