Sudan: Police chief statements regarding protests are false, an attempt to conceal brutality 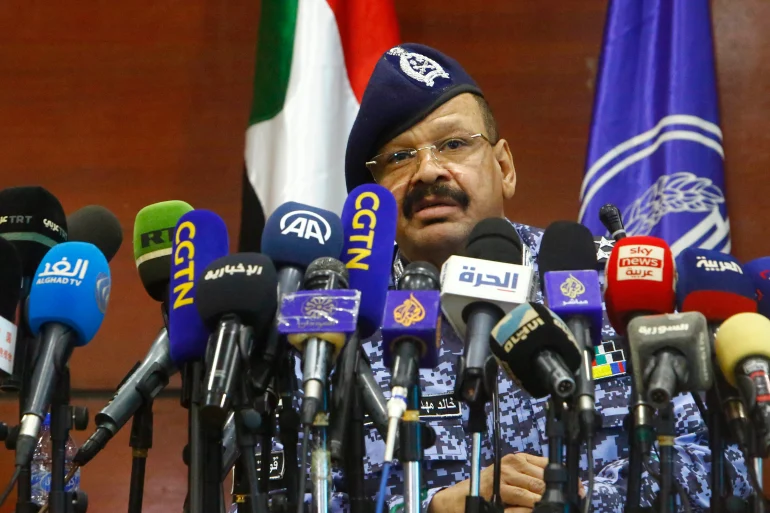 Geneva - Chief of Police Lt. General Khalid Mahdi Ibrahim’s denial of his security forces using excessive violence during the 17 November demonstrations is both shocking and worrying, Euro-Mediterranean Human Rights Monitor said today in a statement. His statements come within the framework of the de facto authority's policy of falsifying the facts since its coup on 25 October.

During a press conference yesterday morning, hours after the de facto authority’s forces committed the most brutal crackdown since the protests began last month, Ibrahim said that “the police does not use firearms, but rather internationally known and legal equipment, such as tear gas and riots dispersal equipment. Investigations are underway to find out who fired the shots.”

Eyewitnesses, along with dozens of verified videos, prove beyond any doubt that the security forces, including the police, are the only party responsible for shooting and suppressing protesters and have killed 39 demonstrators (15 at Wednesday’s protests alone) since the protests began.

Ibrahim’s skepticism about the deaths of demonstrators and claims that dozens of policemen were injured during the demonstrations are mere attempts to cloud the truth and cover up the violent practices against the demonstrators. Worse, the complete denial of these practices indicates a clear intention to continue using lethal force against peaceful protesters.

The military authority continuing to adopt a violent approach against popular protests and deploying its security and military forces to suppress and thwart the peaceful movement demanding the restoration of the civilian path is dangerous. Maximum pressure on army leaders is needed to end these brutal and illegal practices.

In light of the escalation of repression in Sudan, the UN should form a committee to investigate all the incidents of killing protesters and the grave violations committed by the security forces, including the arrest of leaders, civilian activists, and journalists; identify those responsible for these practices, and hold them accountable in accordance with the requirements of justice.