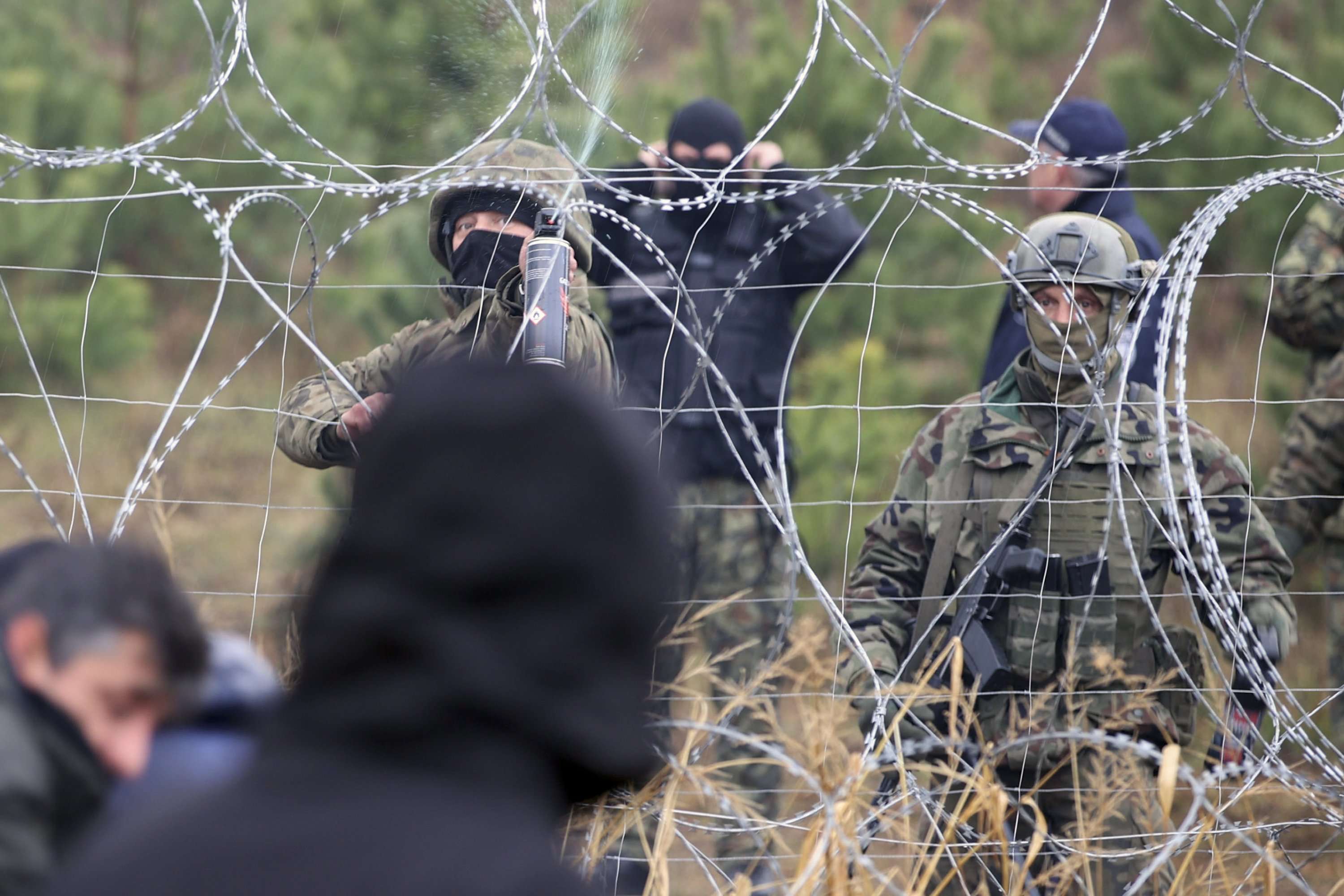 Once again, there is a barbed wire fence surrounding Europe, wounding its core values and choking its conscience.

Another humanitarian catastrophe is unfolding at the European Union’s doorstep, along the Belarus-Poland border, where a few thousand people are starving and freezing to death, waiting for someone to unlock their man-made and avoidable impasse.

The crisis began in late August, when a growing group of migrants, mostly from the Middle East, was shepherded at the borders of Poland, Latvia and Lithuania by Belarus, that loosened its visa rules and lured them to a place that has never been on any migration route before with the false promise of a safe and easy access to the EU.

As a result of this human-trafficking project, around 4,000 people are now stranded into the depths of primeval Białowieża forest, trapped in the freezing cold, between Belarus and its neighbouring countries, that in the meanwhile have all locked and militarized their borders, unlawfully preventing asylum seekers to get in.

It is difficult to know exactly how many women, men and children are stuck in this wooded, thick, frigid no man's land - possession of several but responsibility of none - with Polish police responding to their attempts of crossing with tear gas, stun grenades and water cannons.

Unable to enter the European Union or to go back to Minsk, many of the migrants have settled in a makeshift camp near the Kuznica crossing, in north-west Belarus. Among them a large number of pregnant women and minors, like Taman, a 9-years-old Kurdish boy, born with a bone disease, who has been living in the forest with his family for more than a week now, walking in the mud of the makeshift camp on his prosthetic legs.

At least 11 people have already died from hypothermia. The latest casualty only yesterday, a Syrian baby of one-year-old. Activists say that the real death toll is much higher, but Poland barred both journalists and nongovernmental organizations from the border area, making it difficult to assess the scale of the humanitarian suffering.

According to the president of the European Commission, Ursula von der Leyen, this situation is entirely engineered by Belarus’ dictator, Aleksandr Lukashenko, for “pressuring the European Union through a cynical instrumentalization of migrants” in retaliation to the sanctions Brussels has imposed on his authoritarian regime.

Yet the crisis does not end with Belarusian responsibilities.

The Polish government has rejected all aid offered by Brussels and has made its border area inaccessible calling an illegitimate state of emergency and illegally pushing back all asylum seekers who managed to enter its territory. Accusing Belarus of “state terrorism” and sending 20,000 soldiers to the frontier zone, Warsaw has been particularly eager to escalate the tension and exploit it to make internal propaganda. This whole hard-line approach has played well with Poland’s right-wing nationalist government, making a show of force to present himself as the sole, free-standing and strong saviour of the Polish people.

An explosive situation, especially since it occurs along the border between a NATO member country and a Russia’s full-fledged ally.

The Polish prime minister, Mateusz Morawiecki, suggested that along with Latvia, Lithuania and Estonia, Poland could invoke Article 4 of the NATO Treaty, which calls for consultation when a member state’s territorial integrity or security is threatened. On the other side, Russian President Vladimir Putin, a crucial partner for Lukashenko, blamed the West for fomenting the migration crisis and agreed to deploy nuclear-capable bombers to patrol the border zone, sending already a subdivision of Russian paratroopers to the Belarusian Grodno region, near the Polish border, allegedly for exercises with Belarusian troops.

Third litigant in the impasse is the European Union, that is contemplating a fifth round of sanctions aimed not only at Belarusian officials but also at third-country airlines “that are active in human trafficking”.

Several air companies, including Turkish, Dubai and Syrian Airlines, already took steps to limit Iraqi, Syrian and Yemeni passengers from flying to Minsk. The Iraqi government announced this week that it would arrange voluntary repatriation flights to bring back Iraqi citizens who wanted to return. The first flight back to Baghdad left just yesterday, Nov. 18, with 431 people aboard.

Despite the flight bans, the voluntary repatriations and the recent temporary accommodation of around 1,000 migrants in a Belarusian hub in Bruzgi, the turmoil at the border continues, and so does the humanitarian crisis. As threats and accusations fly, troops’ presence intensifies on both sides and also clashes between soldiers and migrants increase, with the latter throwing stones and rubbles carried to the area by the very Belarusian construction companies. 100 migrants have already been detained by Polish authorities in one night only.

Inciting them to use violence against Polish officers, Belarus aims at turning migrants - hostages of the regime - into insidious trojan horses for Europe and this is possible only because all over Europe migrants already are an Achilles’ heel.

President Von der Leyen described the situation as “a hybrid attack, not a migration crisis”, once again placing the emphasis on the security threat rather than the real victims, on European strategical interests rather than people’s humanitarian needs. With the EU considering new sanctions and tens of thousands of soldiers from Belarus, Poland, Lithuania, Latvia and Estonia dispatched to the border, the only sincere concern for the plight of the migrants trapped in this manufactured stand-off came from the civil society.

For a week now, along the eastern border of Poland, small green lights have appeared, lit in more and more houses as a coded message to invite migrants to approach for help. Despite the risk of fines or complaints for aiding and abetting illegal immigration, whoever turns on a green light promises to open the door and not to call the police.

“In the house marked with green light from evening on, you will find emergency help”, it says on the Green Light Facebook page created by a Polish lawyer who lives near the border, “We will not help you with hiding or on your further journey. We will only help you survive - as part of solidarity with the person in need.”

A glimmer of light in the darkness, signalling that the conscience of Europe is not entirely choked by sharp and noxious barbed wire.