We Are Not Numbers meets EU delegation in Gaza 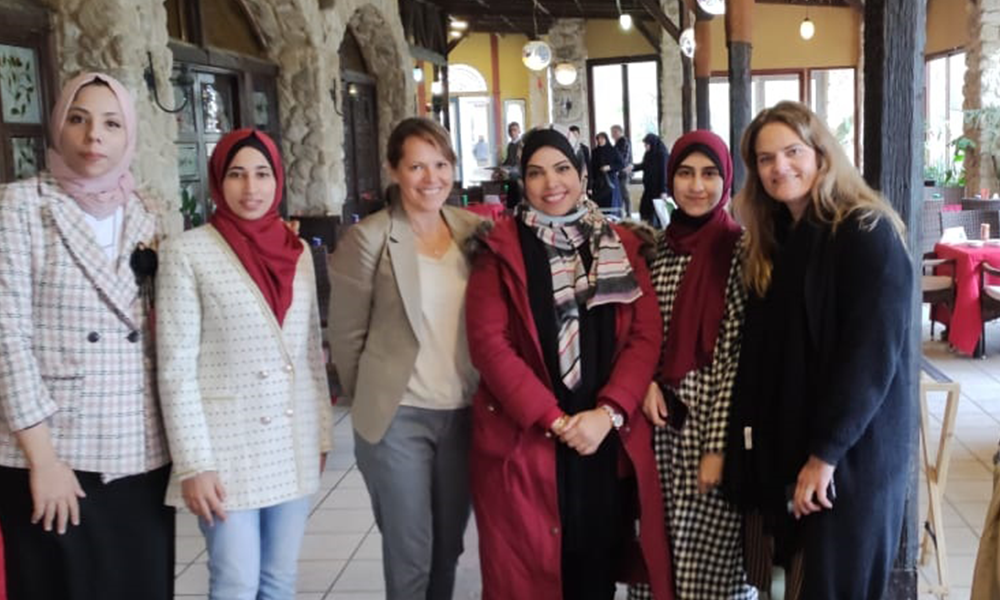 Palestinian territories – We Are Not Numbers (WANN), a Euro-Mediterranean Human Rights Monitor project, has met with a delegation of officials in the Office of the European Union Representative in the Palestinian Territories.

The meeting discussed the project’s activities, especially publishing stories that highlight the situation in the Palestinian territories and the difficulties experienced by the Palestinians under occupation.

WANN addressed the Israeli restrictions’ impact on the lives of Palestinians—especially in the Gaza Strip, which has been blockaded for more than 16 years—and their basic rights such as health, travel and movement, work, receiving sufficient water and electricity, and others.

Enas Ghannam, WANN’s Gaza Project Manager, said, “These meetings come within the project’s efforts to convey the voice of youth in the Palestinian territories to the international community, at a time when most international media turn a blind eye to the true need of the victims to be heard.”

For its part, the European delegation welcomed the young team’s work and expressed interest in supporting WANN to give the youth the needed space and capabilities to express their reality and their society’s issues.

WANN was founded in 2015 with a mission to “tell the human stories behind the numbers in the news” by pairing Palestinian youth with native-English writers from around the world who coach them on how to tell their personal narratives—and those of others—in a way that resonates with readers from other cultures.