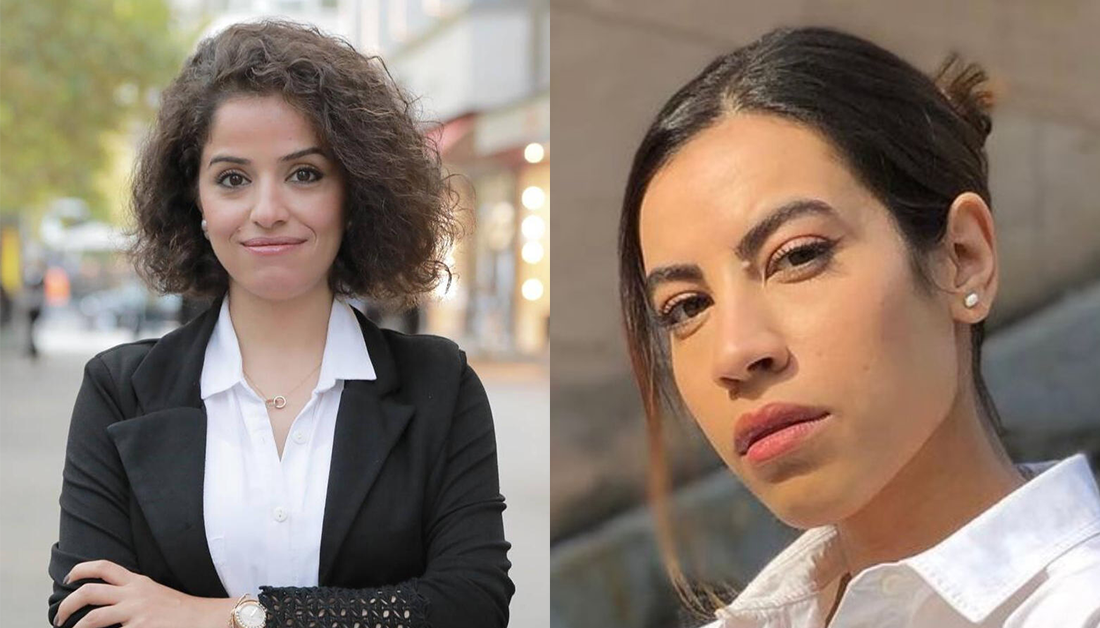 Geneva - We are immensely concerned by the recent alarming increase in the targeting, singling out and smearing of Arab and Palestinian journalists in German media, Euro-Med Human Rights Monitor said in a statement today.

Ever since the German Parliament passed a resolution describing the Boycott, Divestment and Sanctions campaign against Israel as anti-Semitic, the country has seen growing campaigns to equate anti-Zionism with anti-Semitism and to delegitimize criticism of Israeli violations against Palestinians. This not only poses a serious risk to freedom of speech and expression, but it has also proven dangerous in terms of weaponizing accusations of anti-Semitism against public figures from minority backgrounds.

Earlier this month, the German public state-owned international broadcaster, Deutsche Welle, announced suspending some DW Arabic Service employees as well as freelancers abroad, pending an external investigation into allegations of anti-Semitism. The commission of inquiry will include former German Minister of Justice Sabine Leutheusser-Schnarrenberger and Palestinian psychiatrist Ahmad Mansour. Euro-Med Monitor identified five Arab journalists, including two Palestinians, amongst those suspended for postings critical of the state of Israel.

Shortly before this announcement, Nemi El-Hassan, a German journalist with Palestinian roots, had her scheduled science show “Quarks” cancelled by the German public-broadcasting institution, Westdeutscher Rundfunk, over similar allegations of expressing anti-Israel sentiments.

Both cases entail a similar alarming course of events, as analyzed by Euro-Med Monitor.

Pro-Israeli newspapers, organizations and members of far-right groups seem to identify and single out Arab or Palestinian journalists in German media, then go to great lengths to dig dirt on them, in order to get them cancelled.

This entails smear campaigns that either rely on guilt by association; selectively spotlighting years-old writings of targeted journalists that are unrepresentative of their views today; or deliberately misinterpreting or taking words out of their critical context to conjure up accusations of anti-Semitism.

For instance, in the case of El-Hassan, a YouTube producer called Irfan Peci, who has ties to the far-right AfD, published a footage showing the journalist attending a protest called “Al-Quds March” in 2014 – the year Israel launched its deadly attack Operation Protective Edge on Gaza. Allegedly, some protesters made chants that have been interpreted as anti-Zionist or anti-Semitic. This was deemed sufficient evidence for some German outlets like the Springer press to call out El-Hassan and insinuate that she herself holds anti-Semitic views. The smears against El-Hassan didn’t take into consideration whether she took part in the problematic chants at the protest or whether her views have changed since 2014.

Similarly, Farah Maraqa, one of the journalists suspended by DW of Palestinian-Jordanian origins, has been subject to a smear campaign that selectively spotlighted two of her writings from seven years ago. For example, the German newspaper Spiegel published the following quote earlier this month:

“In 2014, in the Arabic-language online newspaper ‘Rai Alyoum’, Maraqa compared Israel to ‘cancer’, which had to be ‘cut out’. She would also join the IS terrorist group if they ‘kick the Israelis out of the Holy Land,’ she wrote in 2015.”

Euro-Med Monitor examined the referenced articles and found that Maraqa’s words may have been taken out of context and misinterpreted. The instance in which she allegedly calls Israel “cancer,” was taken from an article in which she discussed Islamist militant groups in Syria. She referred to the head of a Jihadist group fighting in Syria with Israel’s support who has been featured on Israeli media as a strange instance of “who is fighting who and when”. She concludes the paragraph by saying “When cancer grows in the body, it hurts many of its organs... in our body, which is hurt by sects, doctrines, and origins... there is only one cancer... extract it and we will be healed!” As shown, the sentence quoted by Spiegel does not make clear whether Maraqa was referring to Jihadist groups in Syria or Israel.

We find it seriously concerning that Maraqa was not given a fair opportunity to defend herself in the article or explain whether her views have changed over the years.

In the other instance regarding IS, the Spiegel article references a paragraph in which Maraqa endorsed an analysis that when the head of the IS terrorist group mentioned Palestine in a speech, it is an indication of the group’s desperation and exploitation of the Palestinian cause. She then went on to sarcastically say that if the group was genuine in their slogans vis-à-vis Palestine, she would reconsider her “judgement of their men and their financial supporters.” She sarcastically concluded that she would join any group – IS included – that would “defeat the occupation in favor of returning the land of Palestine to its people” even if the group’s religion is Buddhism. The paragraph in its entirety reads as an argumentum ad absurdum or the appeal to extremes, in which she attempts to establish a claim that IS is merely exploiting the Palestinian cause by showing that the opposite scenario would lead to absurdity. Again, Maraqa was not given a fair chance to explain her argument in this article or explain if her views have changed.

In the case of El-Hassan, a more concerning issue is that she has been attacked in the German outlet, BILD, for liking posts from an Instagram account called “Jewish Voice for Peace,” that belongs to one of the biggest left-wing Jewish groups in the US that are critical of Israel. One of the JVP posts that El-Hassan liked and has been thoroughly scandalized for is one that calls Israel “apartheid”.

"It is seriously concerning when a respected journalist is chastised and scandalized for using a term like “Apartheid” regarding Israel, which has been endorsed by both Israel’s top human rights organization, B’tselem, and the renowned Human Rights Watch to describe the power dynamic in Israel-Palestine,” said Euro-Med Monitor.

Last May, during Israel’s fourth major military operation on the Gaza Strip, DW distributed an internal two-page reporting guide to its journalists that forbids them from making any connection between the state of Israel and colonialism, or to use the term apartheid. This is a serious crackdown on freedom of speech that aims to establish a pro-Israel bias in German media rather than defend journalistic principles.

We caution German media groups like DW and WDR from unfairly dismissing Palestinian and Arab journalists because of smear campaigns by pro-Israeli or far-right groups. This would set a dangerous precedent that would only encourage even more discriminatory targeting of public figures of Palestinian or Arab origins or who hold views sympathetic to Palestinian rights and freedom.