New report: Five migrants, asylum seekers drowned per day in the Mediterranean in 2021 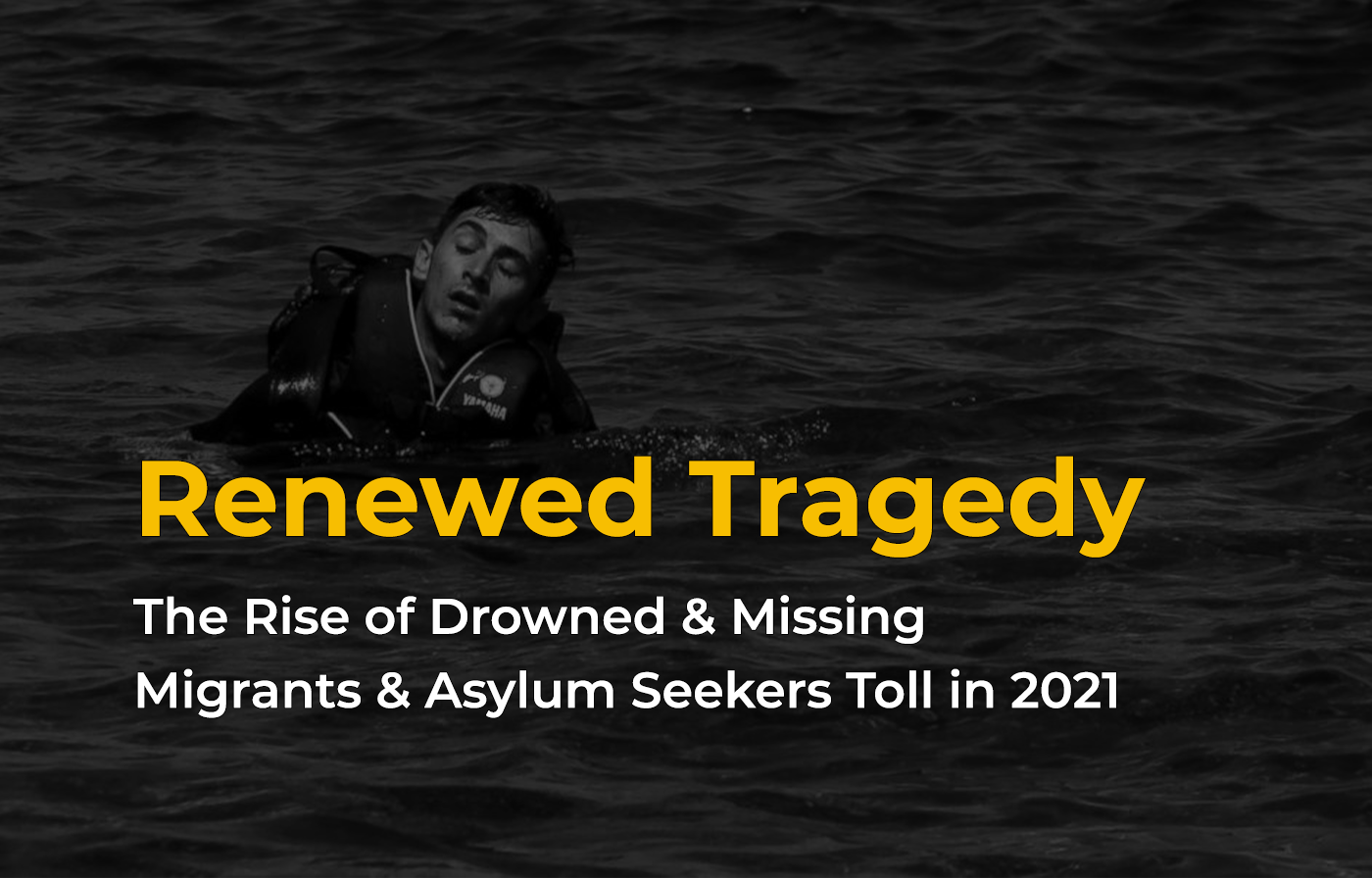 Geneva - The year 2021 has witnessed a significant escalation in migrant drowning incidents in the Mediterranean, the Euro-Mediterranean Human Rights Monitor said in a new report published on Monday. The report said that the European Union’s pushbacks of migrants and asylum seekers and criminalizing search and rescue operations compound migrant death and disappearance toll.

The report on the movement of migration across the Mediterranean during 2021 stated that 1,838 migrants died or disappeared in the sea in 2021, at a rate of 5 deaths per day. The number is an increase of about 20% compared to 2020, when the number was 1,448.

Data from the United Nations High Commissioner for Refugees (UNHCR) indicate that 116,573 migrants reached Europe through the Mediterranean in 2021, which is a 20% increase compared to 2020, when the number was 88,143.

According to the report, September recorded the highest rate of arrivals on European shores—over 16,000 people. Only two months before, July was the most tragic month, with 311 migrants dying or going missing—more than 10 victims per day.

The report highlighted the negative role of several EU member states and agencies, especially Frontex, in pushing migrants and asylum seekers back, and the EU suspension of official SAR missions that used to save thousands of lives annually.

Some EU countries, especially Italy, fought migrant-rescuing NGOs that operate ships and private planes across the Mediterranean by imposing significant restrictions on them, including preventing them from docking and disembarking and prosecuting them over smuggling and human trafficking accusations.

Euro-Med Monitor’s Migration and Asylum Researcher, Michela Pugliese, said, “These tightening European policies portend a dramatic rise in the number of migrants and asylum seekers who are left to die away from the spotlight, while the European authorities are busy overwhelming migrant rescuing activists and NGOs with penalties and exorbitant fines to deter them from providing their necessary assistance.”

“Sometimes European countries forcibly return migrants and asylum seekers to unsafe countries such as Libya, without respecting the right of non-refoulement guaranteed in the 1951 Convention relating to the Status of Refugees, EU laws, or human rights instruments, and without regard to the dangerous conditions that migrants and asylum seekers may be exposed to during the return process, or in prisons and detention centers in their countries of origin, where conditions are often degrading and inhumane,” she added.

The report said that the results of cooperation between the EU and Libya in pushing migrants back appeared clearly during 2021, as UNICEF statistics indicated that about 31,500 migrants and asylum seekers were returned to Libya by 23 December 2021, which is more than triple the number from 2020. Most of them were transferred to detention centers and prisons that do not provide the minimum humanitarian standards for a decent living.

The report called the EU to reactivate the official European SAR missions and conduct permanent patrols to ensure a rapid response to the sinking migrant boats in the Mediterranean.

It also urged the EU to ensure that the Libyan Coast Guard respect the rights of migrants and asylum seekers and work to end all violent practices during and after the pushbacks.

The report called on the European countries to adopt a new policy that does not see migrants and asylum seekers as a security threat, but new energies that can contribute to the development and building of societies.