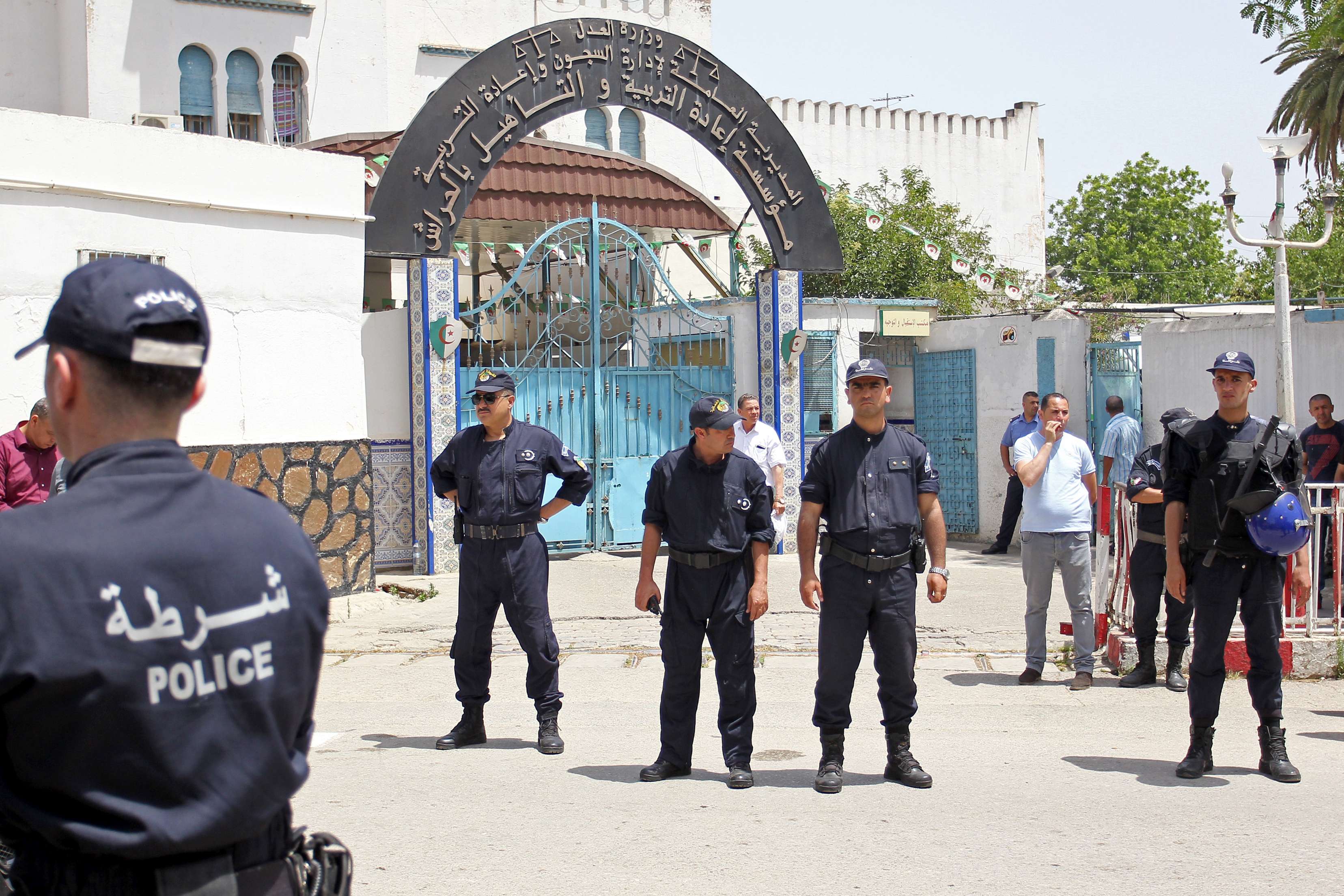 Geneva – The Algerian authorities have been practicing arbitrary measures against dozens of striking prisoners of conscience, protesting the extension of their detention, without legal justifications or intentions to try them on terrorism-related and other charges, Euro-Mediterranean Human Rights Monitor said in a statement expressing grave concern.

As some of them have been detained for years or months for expressing an opinion and peaceful assembly, over 40 Hirak detainees in El Harrash prison announced an open hunger strike on 28 January.

It is feared that the striking detainees’ health would deteriorate if the authorities continue to refuse to negotiate with them. Detainees’ relatives told Euro-Med Monitor that some of those striking have been beaten, showed clear signs of fatigue, and experienced severe weight loss.

Al-Dabbaghy Osama Abdel Nasser—brother of Al-Dabbaghy Sohaib, detained without trial for more than 10 months for his Hirak activism—told Euro-Med Monitor: “Last Wednesday, my brother was beaten by five guards during his forcible transfer to Bouira detention center as punishment for his hunger strike. The assault caused a crack in his skull and several bruises on his body. Afterwards, he was transferred to a solitary confinement cell in Bouira.”

“On Saturday, I was able to visit my brother. Visits are allowed only once every 15 days. I noticed that he lost a lot of his weight, and it was clear that he was suffering psychological problems that greatly affected the way he spoke and moved,” he said.

“He also told me that the prison administration placed him and all the detainees in solitary confinement to prevent communication between them,” he added.

A member of the Detainee Defense Committee, a group of lawyers defending the detainees, lawyer Abdelghani Badi, told Euro-Med Monitor that the prison administration has begun distributing hunger strikers to detention centers inside and outside the capital, Algiers. The administration held the remaining strikers in El Harrach prison in solitary confinement cells as a punitive step and to double the psychological and physical pressure on them to stop the strike, Badi said.

He added that dozens of other detainees joined the hunger strike, but the exact number is unknown because of the difficulty of communicating with them inside prisons due to the Algerian authorities’ procedures.

In turn, the Public Prosecution denied that the detainees had entered into a hunger strike, despite the fact that the El Harrach prison administration had received official notices from the detainees days before the start of the strike.

While the Detainee Defense Committee said that the prosecution’s statement was a falsity based on inaccuracies or neglect of the truth, the striking detainees complied with the text of Article 64 of the Prison Organization Code and submitted the necessary written statements.

Youssef Salem, legal researcher at Euro-Med Monitor, said: “The Algerian Public Prosecution and prison administration’s practices are marred by grave legal violations. Most notable are the continued detention of hunger strikers for their human rights and political activities without trials, and exploiting their practice of rights protected under the constitution and relevant international agreements to bring them to trials under serious charges.”

The Algerian judiciary bears part of the responsibility for the extension of the detention of detainees for months and years without trial. And since detention centers are under judicial oversight, the judiciary is responsible for the degrading detention conditions of the detainees, which violate the Algerian Prison Organization Code.

The Algerian government should immediately and unconditionally release all those detained in connection with freedom of opinion, expression, and peaceful assembly and stop its policy of arbitrary detention to silence and intimidate opposition activists.

The Public Prosecution and the Algerian prison administration should respect detainees’ exercise of the legitimate right of protesting the detention conditions and not punish detainees with physical assault, deportation to penal centers, and isolation in solitary confinement.