Denmark: Exempting Ukrainians from jewelry law while applying it to others is outright discrimination 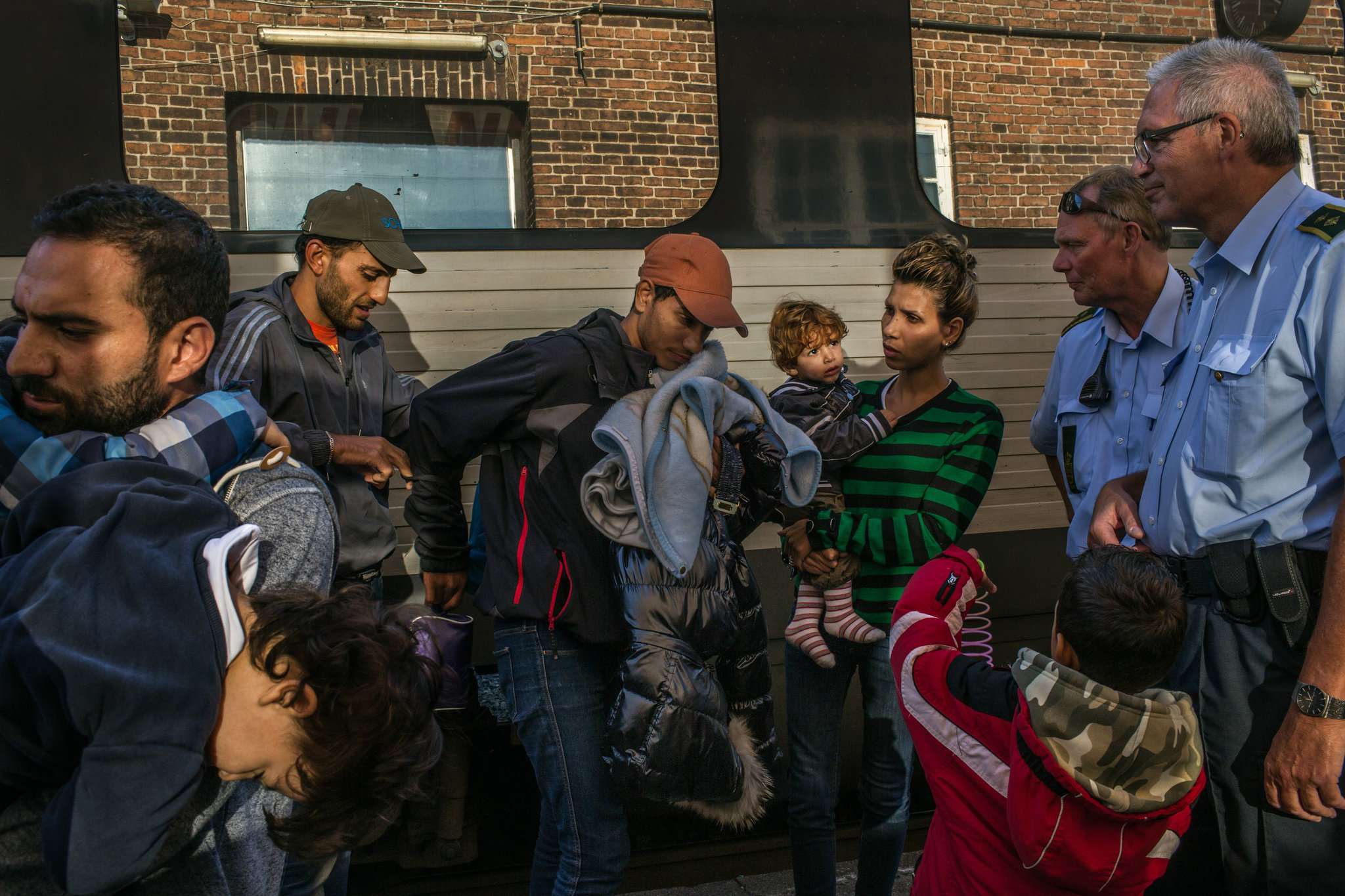 A Syrian family stopped by the police at Padborg Station in Denmark, near the German border, en route to Sweden. (Mauricio Lima / The New York Times)
15-Mar-2022 Europe
Share On Copied
FR | AR

Geneva - Denmark’s exemption of Ukrainian refugees from the controversial “jewelry law”, applied to asylum seekers from the Middle East and North Africa, is further evidence of Denmark’s growing efforts to make itself less attractive to certain migrants, in that it creates Class A and Class B asylum seekers, Euro-Med Human Rights Monitor warned in a statement today.

The so-called “jewelry law”, passed by the Danish parliament in January 2016, gives Danish authorities the power to search for and confiscate cash, jewelry, and other valuables above 10,000 kroner – about 1.340 euro – from arriving migrants, allegedly to pay for their reception and stay.

Even though assets of sentimental value such as wedding and engagement rings should not be confiscated, it’s ultimately up to individual officers to determine a person’s attachment to specific items, and decide to seize them or not.

As it remains difficult for authorities to verify the extent of the assets a particular asylum seeker is in possession of, the “jewelry law” has rarely been used since its establishment. Nevertheless, it was approved with a large majority - by 81 of the 109 lawmakers present, used on a few cases, and it is still a valid part of the Danish Aliens Act.

While far-right politician Martin Henriksen did suggest that wedding rings be up for seizure from Syrians in 2016, Denmark today is not at all eager to apply the same law to Ukrainian refugees. “Ukraine is in our immediate region. It is part of Europe. It’s in our backyard,” Danish Prime Minister Mette Frederiksen has said.

Indeed, in response to Russia’s military invasion of Ukraine, Denmark said it was prepared to introduce special legislation to support Ukrainian nationals, including extending visas and changing the rules related to residency.

In the case of all other asylum seekers, Danish government spokesman Marcus Knuth previously advised them to “simply ask to follow the exact same rules as any foreign citizen seeking unemployment benefits”. Minister for Immigration and Integration Inger Støjberg has also said: “It is a matter of principal that, if you can provide for yourself, you must do so. That applies to Danes and it also applies to the refugees that come here”. If such rules were so clear and legitimate, however, then they would apply to all refugees without distinction.

The truth is that both Denmark’s “jewelry law” and this disturbing new exemption are part of an ongoing attempt to make itself less and less attractive to asylum seekers from the Middle East and North Africa.

Denmark has repeatedly been condemned by the international community for its harsh treatment of refugees, especially those fleeing Syria. In 2021, it declared parts of Syria as safe to send refugees back to, despite the indisputable conclusions of the UN that war-torn Syria was still witnessing war crimes, crimes against humanity, and dire living conditions. More recently, Denmark’s parliament adopted a law allowing the deportation of asylum seekers to third countries outside Europe that will supposedly process their asylum requests and host them.

“The jewelry law, which strips asylum seekers and refugees of their sole belongings, of the foundation upon which they will rebuild their lives, in order to reimburse a rich government for the expenses related to their protection and basic needs, is degrading and should be repealed once and for all”, said Euro-Med Monitor’s Migration and Asylum Researcher Michela Pugliese. “But the recent exemption of Ukrainians is an affront to all other refugees, an unnecessary obstacle to their successful inclusion, and a dangerous push for racism. In creating Class A and Class B asylum seekers, Denmark perpetuates the idea that certain migrants are a burden while others are not”.

Euro-Med Monitor calls on Denmark to repeal the law allowing it to seize valuables of asylum-seekers, so as to conform with the European Convention on Human Rights, especially with Article 8 on the right to respect for private life, Article 14 on the prohibition of discrimination, and Article 1 Protocol 1 on the protection of property; to support and facilitate all refugees’ inclusion within its society; and to respect the 1951 Refugee Convention, in particular Article 30, regarding resettled refugees’ right to transfer assets to their country of resettlement.