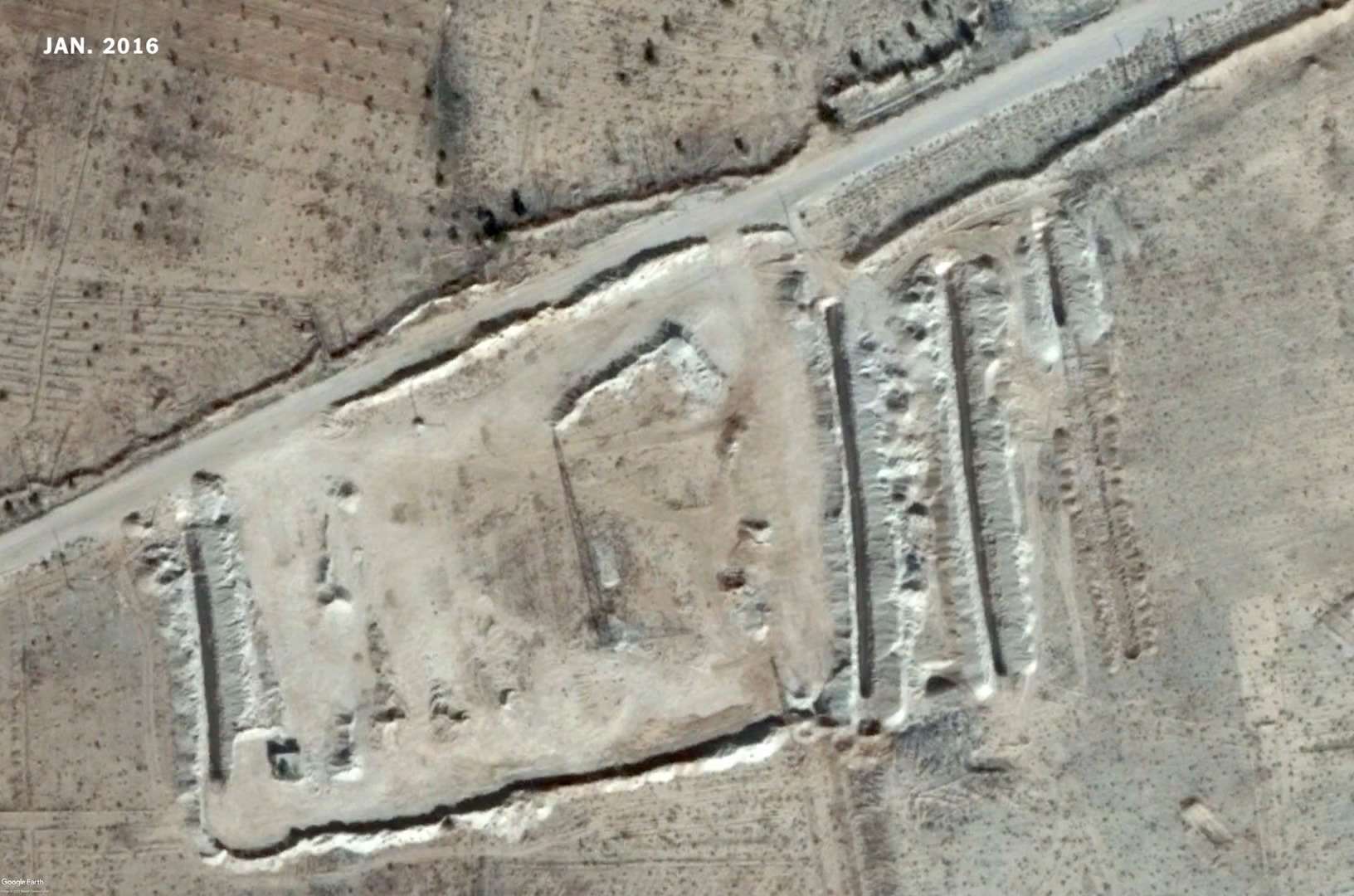 A satellite image showing the additions of trenches at a suspected mass grave site in Qutayfa, a town north of Damascus, in 2016 - (Maxar Technologies, via Google Earth)
17 Mar 2022 Syria
Share On Copied
FR | AR

The discovery revealed by an investigation published by The New York Times is yet one among many pieces of evidence of crimes committed against the Syrians, including detainees who died under torture in government prisons.

The investigation was based on interviews with four Syrians who worked at or near the mass graves, two of whom are now refugees in Germany, one in Lebanon and one is still in Syria. Three of them preferred to keep their identities anonymous for fear of retribution by the Syrian government.

One of the witnesses said that the site where he was working was located in a village near the capital, Damascus, where the bodies were sent from detention centers to hospitals and then transported in military trucks or refrigerated trucks meant for transporting food to the site. He explained that many of the bodies had signs of torture, such as various bruises and pulled nails, while some were decomposing, indicating that some time had passed since the death.

Euro-Med Monitor's Chief Operations Officer, Anas Aljerjawi, said: "The disclosure of the details of two mass graves in which the Syrian regime forces buried thousands of innocent people should constitute a strong motivation for launching serious and coordinated international efforts to hold Syrian officials accountable for the war crimes committed against civilians since 2011."

"This important discovery exposes a small part of the atrocities carried out by the Syrian regime forces against civilians, opponents, and prisoners of conscience, as it is estimated that there is a large number of other mass graves containing the bodies of thousands of victims who were killed in gruesome ways, and in some cases even burned alive, simply because they were involved in anti-regime activities."

The perpetrators of these acts should not be tolerated or their legitimacy supported in any way. The international community can still use many effective methods to pressure Syrian officials to stop their violations and hold them accountable for all the atrocities they committed during the 11-year-old conflict.

The international community should put its pollical interests aside, act with equal enthusiasm for all humanitarian issues around the world, and show the same support, sympathy, and solidarity with the persecuted, regardless of their race, religion, color, or culture.

It is important to build on the landmark trial of the Syrian officer Anwar Raslan in Germany in January 2022, which ended with his conviction to life imprisonment. New cases should be filed against all Syrian political, security, and military officials involved in the crimes committed over the past years.

According to the United Nations, since March 2011, about 350,000 Syrians have been killed, and about 14 million others have been displaced. The Syrian Network for Human Rights has also documented the killing of 14,664 Syrians due to torture and 15,146 who were arbitrarily arrested or forcibly disappeared.