New waves of Syrian and Palestinian refugees to Europe 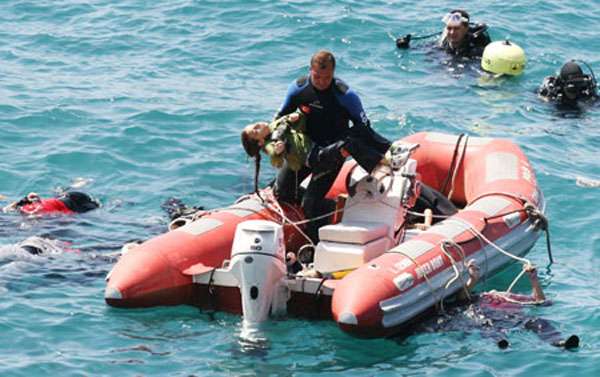 The Euro-Med Monitor for Human Rights said that the number of Palestinian asylum seekers fleeing from Syria to Europe has noticeably increased during the past few weeks due to the ongoing clashes and siege imposed on Palestinian refugees camps in Syria.

The Euro-Med Monitor warned of new sinking accidents waiting to happen similar to the sinking of migrant boats carrying refugees and "illegal immigrants" during the fourth quarter of 2013.

The Geneva-based observer said in its statement issued on Tuesday that hundreds of Palestinian and Syrian refugees have reached Europe via Italy during the past three weeks in an attempt to have access to other European cities looking for better conditions for asylum seekers.

The European human rights center pointed out that the refugees have been often smuggled in rickety wooden vessels in a very dangerous journey amid volatile atmosphere in the Mediterranean Sea, calling on European countries particularly Italy, Malta and Greece to take necessary precautions to prevent such disasters.

The Euro-Med Monitor's statement called on European Union to "provide safe routes for refugees fleeing from the bloody conflict in Syria".

The statement stressed the need for close coordination and cooperation between EU countries and the office of the United Nations High Commissioner for Refugees (UNHCR) to facilitate refugees' access to Europe.

The observer hailed the Italian military humanitarian mission launched in October 2013 that saved 2000 refugees and illegal-immigrants from different nationalities in the central Mediterranean.

At the same time, the statement pointed out that 8 women and 2 children were sunk when Greek authorities failed to rescue their boat on the 20th of January, 2014.

It noted to the Italian and Greek procrastination in receiving asylum seekers' requests, in addition to the Bulgarian border fence to prevent the influx of illegal immigrants.