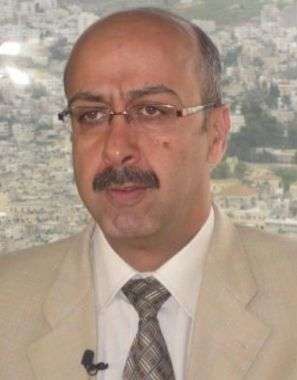 The Euro-Med Monitor for Human Rights has condemned Israel’s arbitrary arrest of lawyers, journalists and activists representing Palestinian prisoners in Israeli occupation jails. The Euro-Med Monitor considers their arrests part of an ongoing series of violations committed by the State of Israel against human rights defenders in the Palestinian Occupied Territories.

TheEuro-Med Monitor reports that on the night of Tuesday 25th February 2014, Israeli forces proceeded to arrest Faris Abu al-Hassan, Director of the Solidarity Foundation for Human Rights – a human rights organization representing and defending Palestinian prisoners’ rights under Israeli occupation – and 5 of his colleagues, including Muhammad Abed, who holds the Israeli citizenship, lawyers Osama Maqboul and Ahmad Al-Sharif, journalist Ahmad Baytawi, and Ms. Nermin Salim, the Foundation’s secretary, all of whom are from the city of Nablus in the West Bank and are Palestinian citizens.

The families of the detainees reported to the Euro-Mid Observer that soldiers of the Israeli army have raided their homes at dawn. At least a dozen of Israeli soldiers invaded the homes of the detainees and carried out an extensive search in personal properties, and confiscated documents and mobile phones, before arbitrarily arresting them. The family of lawyer Abu al-Hassan stated that Israeli soldiers brutally invaded his home and kidnapped him after confiscating his documents and files. Additionally, the Israeli army terrified Abu al-Hassan’s family as they gathered them in one room for almost an hour while they violently searched through the house causing property damage.

The Euro-Med Monitor for Human Rights condemns the Israeli arbitrary arrests of human rights defenders and the confiscation of files. Such action calls into question the Israeli motives as a result of the Foundation’s role in protecting human rights and defending Palestinian prisoners in Israeli courts. Indeed, the confiscation of prisoner files constitutes “a serious matter and a violation of the confidentiality of information between a lawyer and his client”.

The Euro-Med Monitor for Human Rights, based in Geneva, noted that with these new arrests, the number of lawyers detained in Israeli occupation jails now numbers 8 alongside 11 journalists, the majority being arrested under the Administrative Detention Law that permits the Israeli judiciary to detain any Palestinian without charge or trial on indefinitely renewable military orders.

The Euro-Med Monitor calls on Israel to stop suppressing the legitimate and peaceful activities of human rights defenders in the Occupied Palestinian Territories.
It also urges the immediate and unconditional release of prisoners of conscience held simply for peacefully exercising their rights to freedom of expression and assembly.

Administrative detainees – like many other Palestinian prisoners – have been subjected to violations such as the use of torture and other ill-treatment during interrogation, as well as cruel and degrading treatment during their detention. Administrative detainees and their families have been living with the uncertainty of not knowing how long they will be deprived of their liberty and the injustice of not knowing exactly why they are being detained.

Israel has a duty to uphold due process and fair trial rights, and to take effective action to end torture and other ill-treatment of detainees in respect of the Universal Declaration of Human Rights (1948), the International Covenant on Civil and Political Rights (1966), and the United Nations General Assembly Declaration for the Protection of Human Rights Defenders that prevents states from restricting people’s freedoms due to their work promoting or defending human rights.