800 cases of arbitrary detention documented in the Palestinian territories 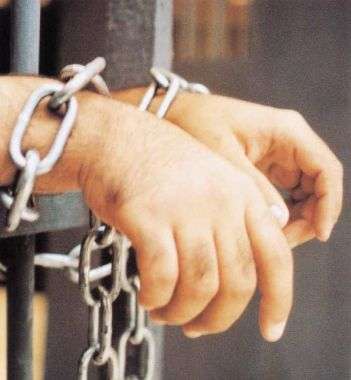 Geneva - A detailed report on violations by the Palestinian security services, in both Gaza and the West Bank is being prepared by Euro-Med Monitor, particularly on arbitrary arrests and torture.

The report will cover violations during 2013, with Euro-Med Monitor’s team documenting over 800 arbitrary arrests, in addition to about 1,400 cases of summoning to Palestinian citizens, on the background of expressing opinions and of peaceful assembly.

In 2006, the Palestinian Authority's security services in the West Bank carried out 723 cases of arbitrary arrest and 1137 summonses without a legal justification. Meaning, they were only summoned based on their social or political activity, expression, or peaceful assembly, none of which is enough reason to summon and detain.

Several cases have been recorded by Euro-Med Monitor’s team, where the accused were prevented from meeting with their defense counsel and were denied access to the outside world. A number of people interviewed by the Euro-Med Monitor’s team complained that they had been tortured during interrogation to extract confessions of the charges against them.

In the course of the trial, the courts generally tended to convict the accused rather than presuming their innocence. In many cases, civilians were brought before military courts, and 49 cases were documented, where the security services refrained from implementing the court's decision to release the arrested person.

During 2012, the security services summoned 19 journalists, and arrested cartoonists and book writers on the background of writings or drawings criticizing the policies of the Palestinian Authority.

117 cases of torture has been recorded by the Euro-Med Monitor’s team in the West Bank. Detainees claimed to have been subjected to flogging, constant hanging, beatings on various parts of the body, and sleep deprivation for hours on end. Some of the detainees who were released also stated that they had been subjected to verbal abuse and humiliation during interrogation.

Regarding violations by Hamas government in the Gaza Strip, 84 cases of arbitrary arrest and 217 cases of summons have been recorded by Euro-Med Monitor’s team in Gaza, most of them on political background, expressing opinion or peaceful assembly. With voicing calling for end of Hamas rule in Gaza growing louder, the security services intensified campaigns of illegal detention.

Moreover, 22 cases of torture were recorded during the arrest. The detainees claimed that they had been subjected to cruel and degrading treatment, hanging for several hours, beating on various parts of the body, and ill-treatment. A number of detainees were convicted and tried on the basis of confessions believed to have been forced under torture.

The report also recorded assault, summoning and arbitrary detention of seven journalists in Gaza, in addition to 15 other cases where security services in Gaza arrested or summoned a book writer or a cartoonist on the background of writing articles or publishing drawings critical of the government and their actions. The report also shows that “the authorities in Gaza follow a policy of restricting youth activities to expression and peaceful assembly so long as it does not comply with their policies.”

At the end of their report, Euro-Med Monitor calls on the authorities in both the West Bank and the Gaza Strip to respect their obligations under Palestinian law and human rights law, respect freedoms, end arbitrary arrests of dissident activists and hold fair trials for detainees, particularly with regard to the presumption of innocence of the accused also without trying civilians before military courts.

Euro-Med Monitor also calls for a serious investigation into allegations of torture of detainees, holding to account those found responsible.