Journalist Shireen Abu Aqleh was killed. Is the world waiting for Israel to punish itself? 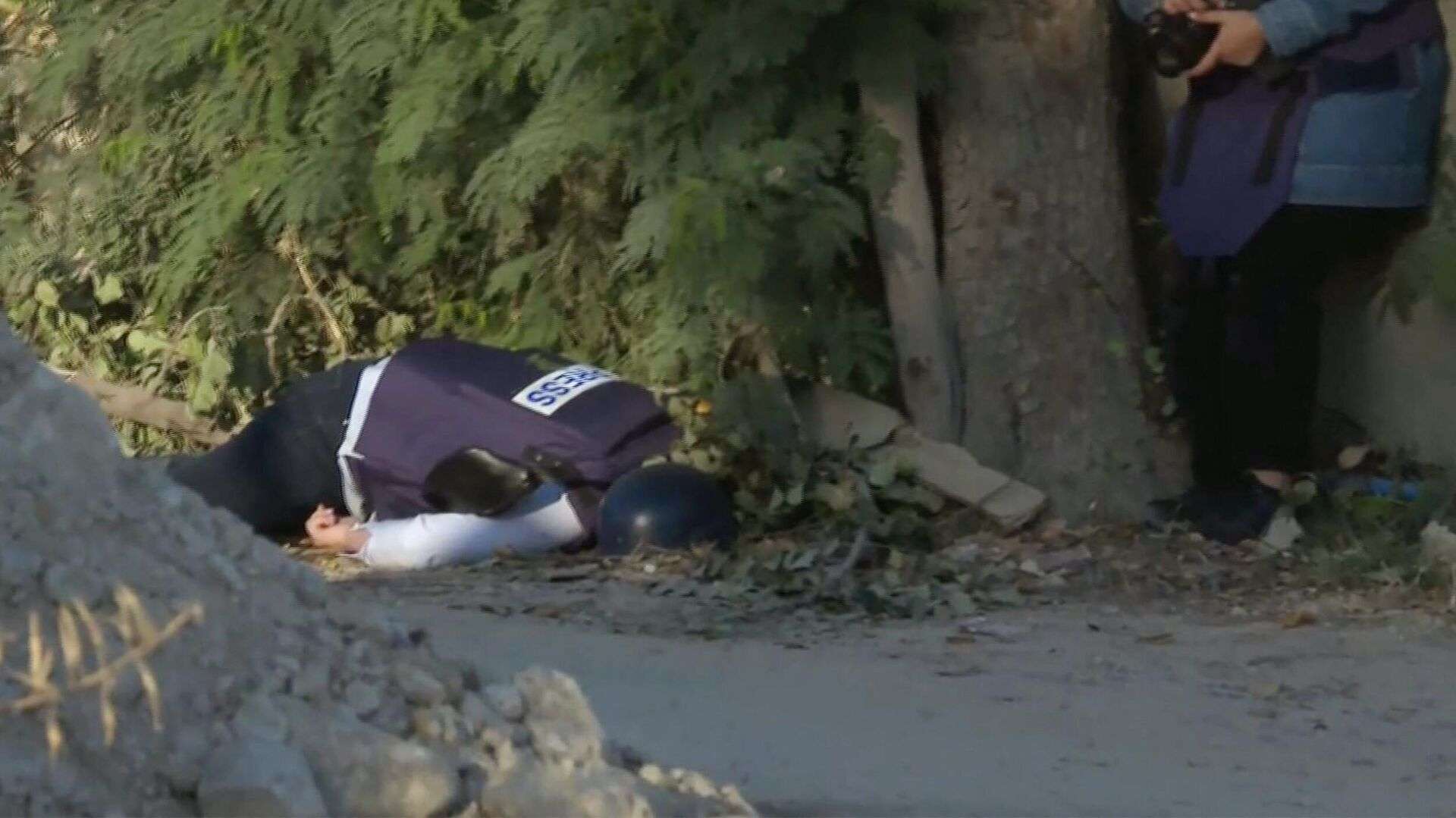 As children living in an occupied area, when we were first introduced to the term human rights and the prohibition of targeting journalists, children, and women, it was a shock to us. How is it possible that everything we are subjected to on a daily basis is inherently forbidden? How can we learn the principles of the United Nations in textbooks and see them being violated on the ground? It was difficult for our young minds to make sense of the fact that the norm is, in fact, taboo. As we grew up, our astonishment gradually wore off. However, part of us remains unable to make head or tail of this paradox.

Palestinian journalist Shireen Abu Aqleh was killed last Wednesday by an Israeli bullet that hit her head. A similar bullet was fired more than seventy years ago and has gone undeterred to this day. Neutral stances, condemnations without action, deafening silence, diplomatic, economic, and recent political relations, and impressions of admiration and encouragement provide the bullet with gunpowder.

If this was in our school where we learned about human rights, it would be like giving bonus points to a student who misbehaved.

Shireen Abu Aqleh is the 46th Palestinian journalist to be killed by the Israeli forces in the Palestinian Territories since 2000, an average of two journalists per year.

While human rights organizations document dozens of violations against journalists on a daily basis, most abuses remain undocumented. These include threats, intimidation, extortion, and denial of basic rights, such as expression, movement, travel, treatment, and others, as punishment for journalists for their peaceful and legitimate work. While the killing of Shireen Abu Aqleh represents a flagrant attack on international humanitarian law and may amount to a war crime in accordance with the Rome Statute of the International Criminal Court, this attack and other escalating violations in recent years reflect a grimmer reality. They are but a translation of the consequences of giving bonus points to those who misbehaved.

Given the rules of the international system, a country that violates international laws and conventions, especially when this results in massive human rights abuses, should be faced with economic, diplomatic, and political sanctions. And those that make outstanding services to the human rights should be rewarded with appreciation, support, and attribution. However, when it comes to Israel, over decades, the exact opposite happens. The perpetrator is clearly supported, and the victim is only offered a neutral discourse.

Hours after the killing of Abu Aqleh, the Israeli Defense Minister, Benny Gantz, promised to conduct a comprehensive investigation into the incident to find out its circumstances and identify the perpetrator. This was only ten days after the Adalah Center published a leaked clip showing two Israeli investigators complaining about Israeli political pressures to close the investigation file exonerating the Israelis involved in the killing of Palestinian citizen Musa Hassouna in Lod city last year.

The leaked clip only confirms with evidence what we already know, proving the necessity of what human rights and international organizations have been calling for for years. The perpetrator cannot maintain his impartiality while investigating his own crime.

In an interview on Israeli Radio 103 FM last Thursday, Israel's Minister of Diaspora Affairs, Nahmai Shai, said: "With all due respect to us, let's say that Israel's credibility is not very high in such cases. We know that based on the past [experiences]."

Over the years, the Israeli authorities have opened numerous investigations into individual and mass killings of Palestinians, including:

In most of these cases and many others, the Israeli authorities closed the investigation or held mock trials for the perpetrators. This included “reprimanding” officials, depriving them of promotions for short-term periods, and making decisions that do not rise to the gravity of the violation or crime.

In all cases, decisions to open investigations into the killings come only to contain international public rage. Meanwhile, Israel continues to pursue a years-old policy of refusing to cooperate or obstructing the work of any international and UN committees formed to investigate grave violations of human rights.

For example, during the 2014 Israeli military offensive in the Gaza Strip, international organizations and doctors operating in the field said that Israeli forces used unconventional weapons against civilians, including DIMEs and flechette bombs.

Accordingly, the United Nations established an independent commission of inquiry to investigate possible war crimes and human rights violations committed during the attack by the Israeli forces and armed Palestinian factions, but the Israeli government refused to cooperate with the commission and clearly obstructed its work. Israel prevented Makarem Wibisono, the former UN Special Rapporteur concerned with the situation of human rights in the Palestinian territories occupied since 1967,  from entering the Gaza Strip, and continued to obstruct his work until he finally resigned in January 2016.

As for Wibisono's successor, Special Rapporteur Michael Link, appointed in 2016, the Israeli authorities also prevented him from entering the Palestinian territories in October 2019 and continued to obstruct his work.

Therefore, any investigative committees formed by Israel into the murder of journalist Shireen Abu Aqleh or other unjustified killings and field executions, to a large extent, remain a legal cover for the violations and give a green light to the perpetrators to continue.

Opening an independent international investigation into the incident remains ineffective if it does not lead to the accountability of those involved and putting an end to the systematic Israeli targeting of journalistic work in the Palestinian territories.