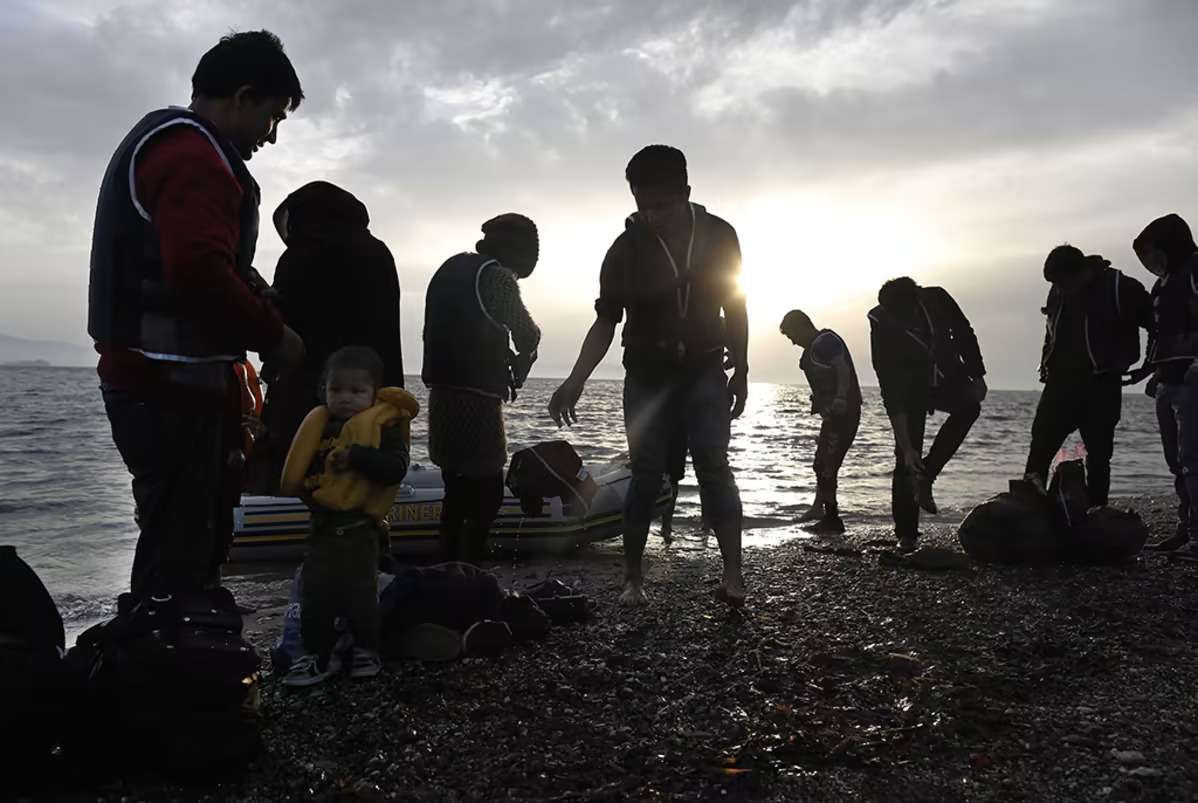 An Afghan asylum seeker facing a decade in prison in Greece for his son’s drowning shows the negligence of the Hellenic coastguard, the hypocrisy of Greek authorities, and the complete failure of European institutions regarding migrants’ lives and deaths, said Euro-Med Human Rights Monitor in a statement today.

A 26-year-old Afghan man is risking up to 10 years in jail for the death of his son, who drowned after boarding a dinghy from Turkey with his father in November 2020. The man will stand trial on Wednesday, charged by Greek authorities with endangering the life of his six-year-old child trying to reach the Greek island of Samos on an unseaworthy boat that capsized in the Aegean Sea.

His son is one of many children who died in the Aegean Sea while seeking safety in Europe. Similar to the Syrian baby Alan Kurdi who was found lying face-down on a beach in September 2015 and whose photo became the icon of the human tragedy unfolding on European shores.

“Almost seven years have passed since the death of little Alan Kurdi and the coasts of Europe still witness the same shameful tragedies: not only the continual death of children drowned due to the systematic denial of their legal entry, but now also the criminalization of their parents – the first impacted and the least culpable,” said Michela Pugliese, Migration and Asylum Researcher at the Euro-Med Human Rights Monitor.

“Such inhumane charges divert attention from the negligence of the Hellenic coastguard, the hypocrisy of Greek authorities and the complete failure of European institutions - the true responsible ones. European Member States care about migrants’ lives and deaths only when, by doing so, they can criminalize those who are still alive, like the young father or another Afghan man facing life imprisonment for being at the wheel of the dinghy that night, forced by smugglers to steer the boat with no other choice but to comply.”

Even on that November night, despite having been contacted by the NGO Aegean Boat Report, who provided the coordinates of the missing dinghy, the Greek coastguard showed delays and disregard. According to the survivors of the shipwreck, two boats appeared and switched on a searchlight at two different moments, but both passed on without offering any aid.

It’s likely that the young boy would still be alive if the Hellenic coastguard had acted faster and with the level of care that it would have exercised under the same circumstances with Greek or European citizens missing at sea.

Since 2014, almost 500 children have died on the Eastern Mediterranean route, many of whom were under age 5, but this is the first case of an asylum seeker in pursuit of a better life in Europe being charged in Greece for the death of his child due to a shipwreck.

The very process of charging the father was initiated by the Samos coastguard itself, which informed the prosecutor of a man’s arrest for “exposing his minor son to danger during the attempted illegal entry into the country by sea.”

Right after the shipwreck, the young father was immediately taken to jail and allowed to see his son’s body three days later, escorted and handcuffed.

Euro-Med Human Rights Monitor calls on Greece to immediately drop the charges against the young Afghan father, provide him as much support as possible to mourn his son with dignity and respect, and ensure his right to the highest attainable standard of health; to rescue and assist any persons in distress at sea as soon as possible, as the law of the sea requires; and to respect Article 31 of the 1951 Refugee Convention requiring states not to impose penalties on refugees for their illegal entry or presence.

Euro-Med Human Rights Monitor calls on Europe to guarantee regular and accessible ways for people to travel to Europe legally and safely with proper visas, for instance, humanitarian visas for people fleeing Afghanistan, to reduce the inhumane death toll at European shores – a direct consequence of its immigration policies.