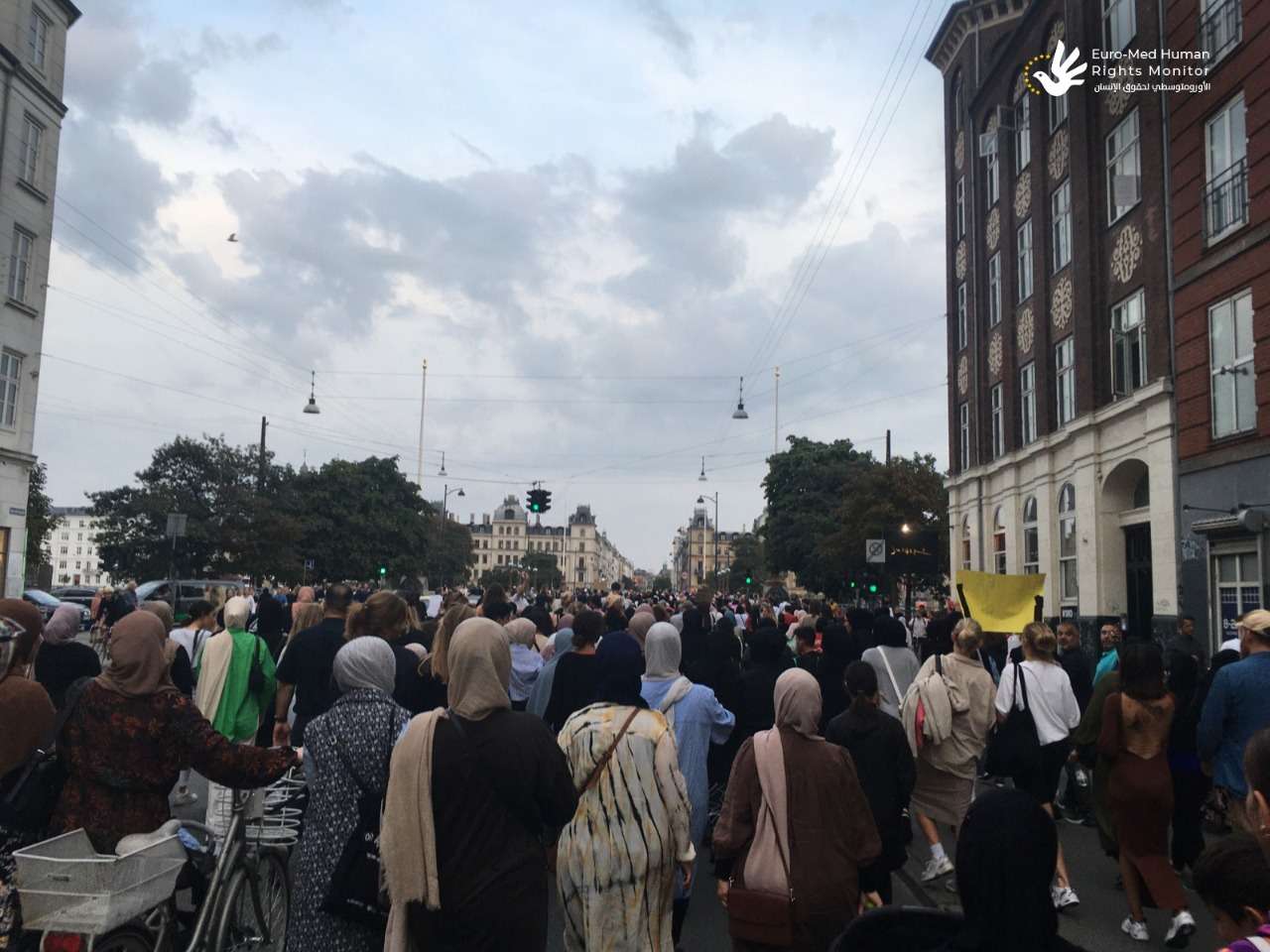 Geneva - The proposal by Denmark’s government-formed commission to impose a ban on the wearing of hijabs and headscarves in primary schools is fundamentally counter-productive, dangerous, and inciteful, Euro-Med Human Rights Monitor said in a statement on Friday. This conclusion is wholly premised on flawed and prejudiced views of Muslim monitories in Denmark and would contribute to fueling discrimination, xenophobia, and intolerance against an already vulnerable group.

On Thursday, Denmark’s Kommissionen for den Glemte Kvindekamp (Commission for the Forgotten Women's Struggle) – appointed last year by the sitting Social Democratic government – made a total of nine recommendations related to minority ethnic girls in Denmark.

In a proclaimed context of ensuring “that women with minority backgrounds can enjoy the same rights and freedoms as other Danish women,” the committee recommends tightening control over Muslim independent schools in addition to banning the use of headscarves in public, private, and free primary schools across the country.

The recommendation of the committee – which did not include a single member who wears a Hijab in its composition – is based on a prejudiced premise that young Muslim girls in Denmark who wear headscarves are forced to do so by their families and social control in their communities.

While this conclusion is demonstrably unfounded, it perpetuates a dangerous stigma against Denmark’s heavily targeted Muslim minority and fuels a xenophobic view of prevalent Islamic religious symbols like the hijab as an instrument of oppression and subjugation of women.

Given Denmark’s increasingly hostile discourse and policies towards racial, ethnic, and Muslim minorities, including the infamous Ghetto laws, such a proposal would further fuel prejudice, xenophobia, and intolerance.

It would have a profoundly dangerous impact on legitimizing and spreading an association between the Hijab and oppression. This would also affect Muslim women who wear headscarves in the labor market or higher education.

The ban itself is ineffective and poses substantial harm to the attainment of education and social inclusion of Muslim girls who would feel singled out and targeted for their way of life. For instance, a 2020 Standford University study found that bans on headscarves in public schools hindered Muslim girls’ ability to finish school in France.

“The Danish committee’s proposal is deeply paradoxical. It simply calls for replacing an alleged social control over Muslim girls with totalitarian government control.” Nour Olwan, Euro-Med Monitor's Chief Media Officer, said. “One cannot ‘liberate’ and ‘emancipate’ young schoolgirls by forcing them to not wear certain clothes or symbols and creating shame and stigma around those symbols.”

With Danish general elections expected imminently, the timing of the committee’s proposal, which is chaired by a Social Democratic mayor from the governing political party, bespeaks of a resort to electoral expediency and populist stunts at the expense of an already vulnerable minority group.

“We see a growing dangerous trend in Denmark, and across Europe, that whenever elections are imminent, Muslim and ethnic monitories become a punchbag, a scapegoat or an easy prey for political groups to garner popular support,” Olwan added. “Blaming religious or ethnic minorities for their own exclusion and disenfranchisement in society is the exact antithesis of working towards their inclusion and integration.”

Euro-Med Monitor calls on the Danish government to refrain from following the discriminatory recommendations of the committee and investigate the basis on which the committee has reached its unfounded assumptions. We reiterate our call on the Danish government to foster and encourage a welcoming and positive atmosphere for its religious and ethnic minorities rather than prohibitive, restrictive and controlling policies that adversely harm integration and increase social exclusion.