The Israeli Occupation Of The Palestinian Territories: Too Many Reports, Too Little Action 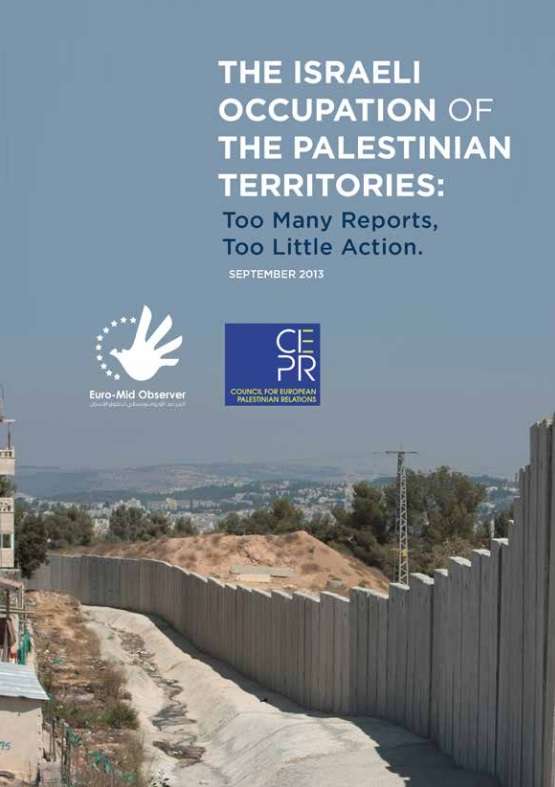 It has been 65 years since more than 6 million Palestinians were displaced to make way for the state of Israel, and 46 years since the creation of another 834,000 refugees in the aftermath of the Israeli occupation of the West Bank.

The tragic consequences for the Palestinian people have been documented in literally hundreds of official reports issued by international, regional and national agencies, NGOs and governments. Warnings about the resulting human rights abuses and destruction of the Palestinian economy have accelerated to a crescendo, each year raising the same alarms, while adding a new layer of statistics that up the ante.

Yet, with one recent exception (the European Commission’s announcement that in 2014 it would withhold its “grants, prizes and other financial instruments” from Israeli entities that operate in the occupied Palestinian territories), action has not followed words. Perhaps because the reports are isolated from each other, they are too quickly relegated to the archives -- duly announced with a news release and then sinking to obscurity.

This report attempts to counteract that trend, assembling in one document the salient facts and conclusions from the most recent investigations conducted by both international and European bodies charged with oversight of the Occupied Palestinian Territory (OPT). (Treatment of Palestinians living in the current State of Israel and the status of refugees exiled to the diaspora are beyond the scope of this report.)

The period of examination includes all of 2012 and January- July 2013, including reports issued by the various branches and affiliates of the United Nations and the European Parliament, as well as findings issued by international think tanks and human rights organizations.

The observations and calls to action highlight all facets of Israeli control of Palestinian land and people, each now stretched to a breaking point that cannot be sustained any longer. It is past time to progress beyond words to action.

As the U.S. Secretary of State shepherds yet another attempt to forge an agreement between Benjamin Netanyahu’s Israeli administration and Mahmoud Abbas’ Palestinian Authority, the timing is ripe for international and European governing bodies to play the role the United States cannot due to its internal political climate – that of enforcer. Only by adding a stick to the United States’ carrot will impunity end and an opportunity for a just peace be created.