For women in Yemen, reproductive health is a luxury 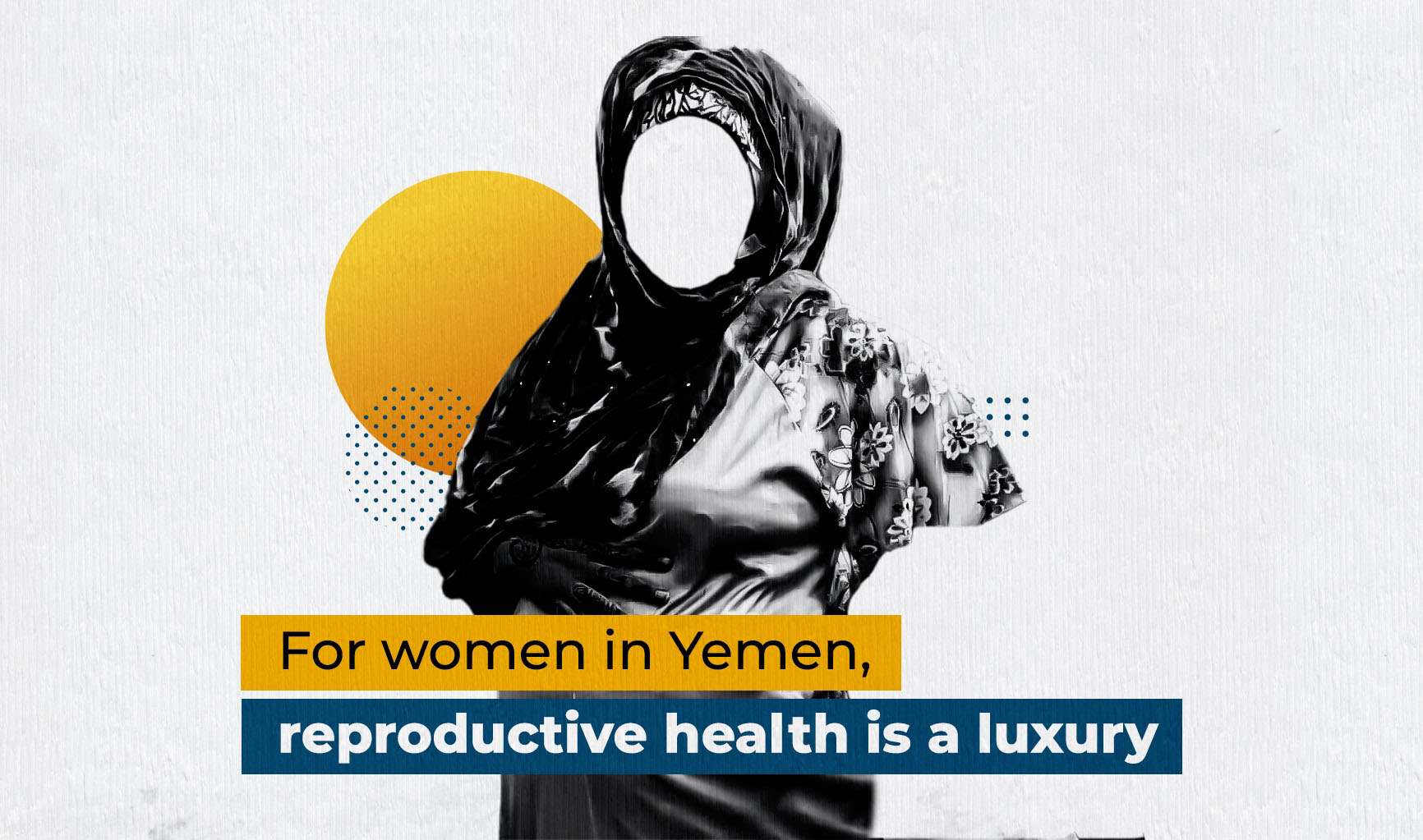 In a normal situation, and even for a privileged woman who enjoys every luxury and safety, pregnancy and childbirth remain two of life’s most difficult and sensitive experiences.

Women in Yemen face a horrific reality, particularly in terms of their right to personal safety and health care during pregnancy and childbirth. Before the war began, Yemen already had one of the world’s highest maternal mortality rates. Now, nearly eight years into the war—the world’s worst humanitarian crisis—the suffering of pregnant women and new mothers has only intensified.

In addition to the significant physical and psychological pain that such an experience is bound to bring, women go through major physical changes and psychological challenges, as well as concerns about their personal safety and the safety of their children. Despite unprecedented scientific and technological advancements in the field of obstetrics, the fear of an unanticipated emergency persists most of the time.

These concerns remain largely justified. According to UNICEF, 800 women die each day from pregnancy complications, 7,000 new-borns die each day (roughly half of whom were alive at the start of the birth process), and 7,000 infants die within their first month of life. While the figures are terrifying, it is even more terrifying that women must endure this experience within a war zone—an unsafe situation with inadequate standards of health care, hygiene, and personal safety.

At a time when there are multiple humanitarian crises unfolding and an increasing number of people in need of basic humanitarian assistance to survive, women’s health and reproductive rights remain a low priority. Women face a distinct type of abuse due to their physical and biological differences from men; in addition to the dangerous physical attacks encountered by both sexes during armed conflicts, only women bear the brunt of the neglect and violence associated with pregnancy and childbirth during political and security unrest.

The World Health Organisation (WHO) recommended in 2016 that pregnant women see their doctor eight times during the antenatal period to receive the necessary care, which includes blood and urine tests, the receipt of nutritional supplements and vaccinations, and ultrasound examination. However, as the majority of women in conflict zones are unable to receive the necessary health care for chronic diseases or serious injuries even outside of pregnancy, visiting a doctor eight times in approximately 40 weeks is impossible for many.

Pregnant women are often forced to reduce or cancel doctor’s appointments in areas affected by armed conflict—including Syria, Yemen, Libya, and Iraq—for several reasons, like a lack of access to a bed or to appropriate physical or psychiatric treatment due to hospitals overcrowded with war victims. Health care centres may also be inaccessible as a result of military operations and all associated violence, including detention, kidnapping, assault, and even wilful murder, prevents many women from leaving their homes for medical follow-up care.

In many cases, even if a pregnant woman is fortunate enough to reach a health centre in a conflict zone, there is no guarantee of receiving care, as these centres are mostly understaffed. Specialised doctors are either victims of the ongoing violence themselves, or are forced to flee for their lives. Although health care facilities are classified as civilian objects, they are still frequently targeted.

More than half of all childbirths in Yemen are being performed by non-specialists. Moreover, according to UN Population Fund estimates, nearly 8.1 million women and adolescent girls in the country require assistance in accessing reproductive health services; 1.3 million will give birth in 2022, while 195,000 are expected to develop complications requiring medical assistance to save their lives and the lives of their new-borns.

Tragically, the situation is further magnified by the fact that only half of Yemen’s health facilities are fully operational, while 35% of reproductive health centres and clinics are non-operational and suffer from an acute shortage of medicines, equipment, and human resources.

More than 20 million Yemenis are currently without a regular food supply, with pregnant women, nursing mothers, and children being the most vulnerable to malnutrition. If this crisis is not addressed, at least two million pregnant women are expected to die.

Recent funding shortages and subsequent reductions or interruptions in aid have exacerbated the humanitarian needs of the population in Yemen. According to the United Nations Office for the Coordination of Humanitarian Affairs (OCHA), the Yemen Humanitarian Response Plan for 2022 had received $1.24 billion USD by the end of July, representing just 29% of the $4.27 billion required to provide life-saving protection and humanitarian aid to 17.9 million people.

In other words, some vital sectors received only a quarter of the necessary funding, while others remained significantly more underfunded. Several necessary programmes were discontinued, including mother and child health support programmes and other services related to the social and psychological protection of mothers and their children.

The UN Population Fund required nearly $100 million to continue providing life-saving reproductive health services to 1.3 million Yemeni women in 2022, but only received one-third of that amount. Thus, death will continue to be the norm for pregnant women, new mothers, and their babies in Yemen, although the majority of these deaths are avoidable if access to health care services is made available.

If we cannot stop the war, we can at least make women’s needs an integral part of our humanitarian response, particularly in terms of reproductive health, by increasing material support for the Yemeni population and local health facilities.

This issue is not only about the rights of girls and women, but is about the health and safety of future generations who will establish and lead the societies of tomorrow. Not only do wars and conflicts harm the health and psyche of those who experience them directly, but they also pass on harm to children who are not yet born. If we do not urgently address this crisis, we will surely see a darker version of the present moment.