Syria and Iraq at the fore: Over 860 journalists killed in MENA region in last decade 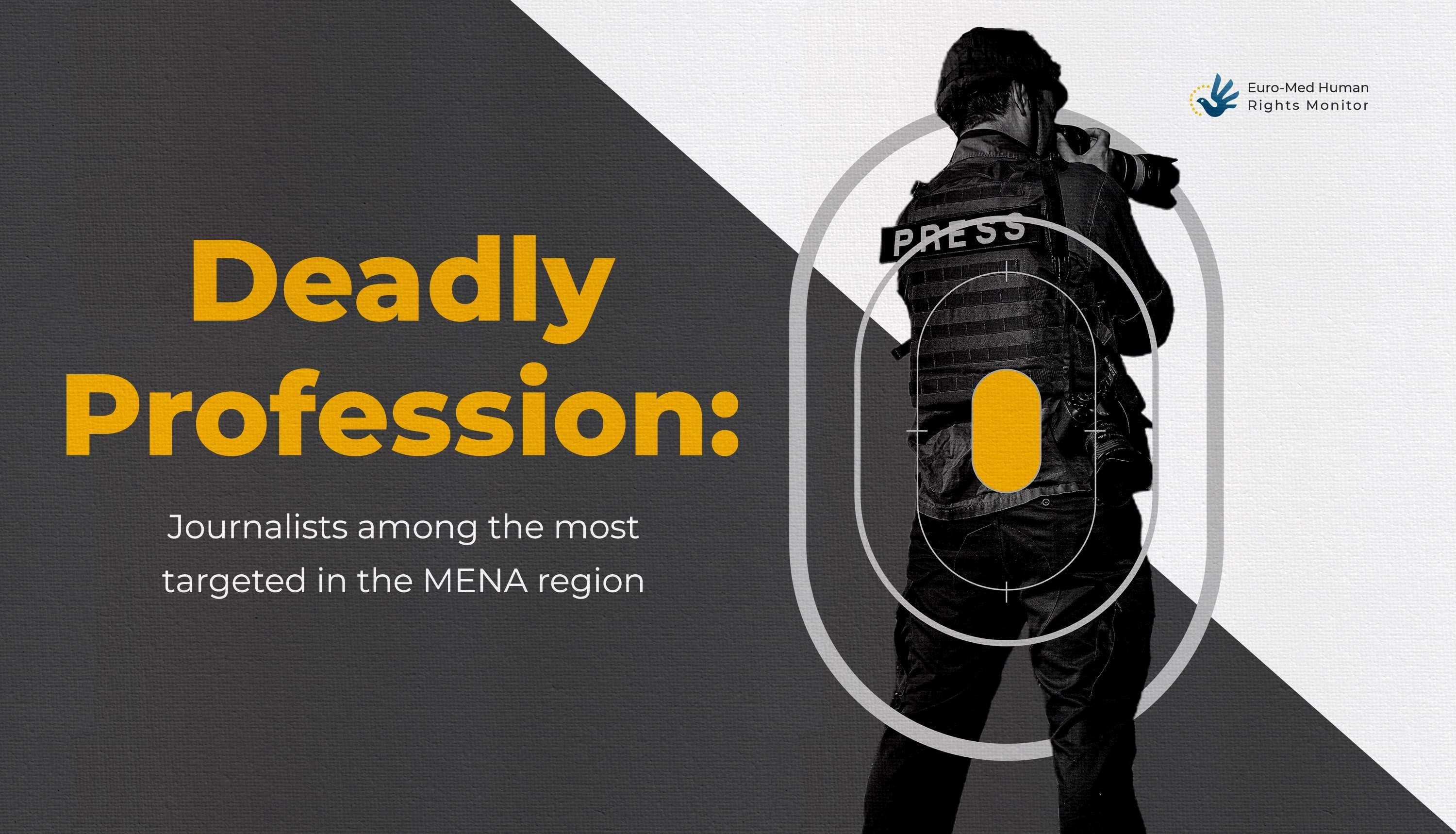 Geneva - The last decade has seen a noticeable decline in press freedoms in the MENA region, with journalism being one of the most dangerous professions, particularly in areas of armed conflict, Euro-Med Monitor said in a statement.

In a report published today, in conjunction with the International Day to End Impunity for Crimes Against Journalists, Euro-Med Monitor said that journalists in recent years have been among the most targeted groups in many countries. Journalists have been victims of a variety of crimes and violations, including killing, arbitrary detention, torture, and unfair trials, with the actual perpetrators frequently going unpunished.

According to Chairman of Euro-Med Monitor Ramy Abdu, “Parties to the conflicts in the region differ in almost everything, but they agree on silencing the press and preventing journalists from practising their work freely.

“The most concerning aspect of the increased targeting of journalists and media outlets is that perpetrators have an open record of impunity, which encourages them to repeatedly target journalists without regard for the consequences”, Abdu added.

The report also calls attention to the severe restrictions imposed on journalists and media outlets in the region’s non-conflict countries. Authorities in several countries, such as the Gulf states, the Maghreb, Egypt, and Jordan, have laws ensuring control over the press sector, as well as laws legitimising the criminalisation of journalistic work and the confiscation of journalists’ freedom for their legitimate work. The low number of journalists killed or detained in a number of these countries does not reflect the state of press freedom there; as a result of threats and restrictive laws, journalists are forced to self-censor to avoid prosecution, harassment, and attacks that go unpunished and are frequently carried out with legal impunity.

The Office of the UN High Commissioner for Human Rights, along with other relevant bodies, must step up efforts to hold perpetrators of violations against journalists accountable, and develop more effective mechanisms to protect journalists and media workers from frequent intentional and organised targeting.

Governments and conflict parties in the MENA region should respect journalistic freedom, stop targeting journalists and media, release all journalists detained for their work, bring justice to journalists who died on the job, and allow all individuals and institutions, regardless of political orientation, to engage in media activity without restriction.