Out of sight, out of mind: EU detains, tortures migrants in secret facilities along its borders 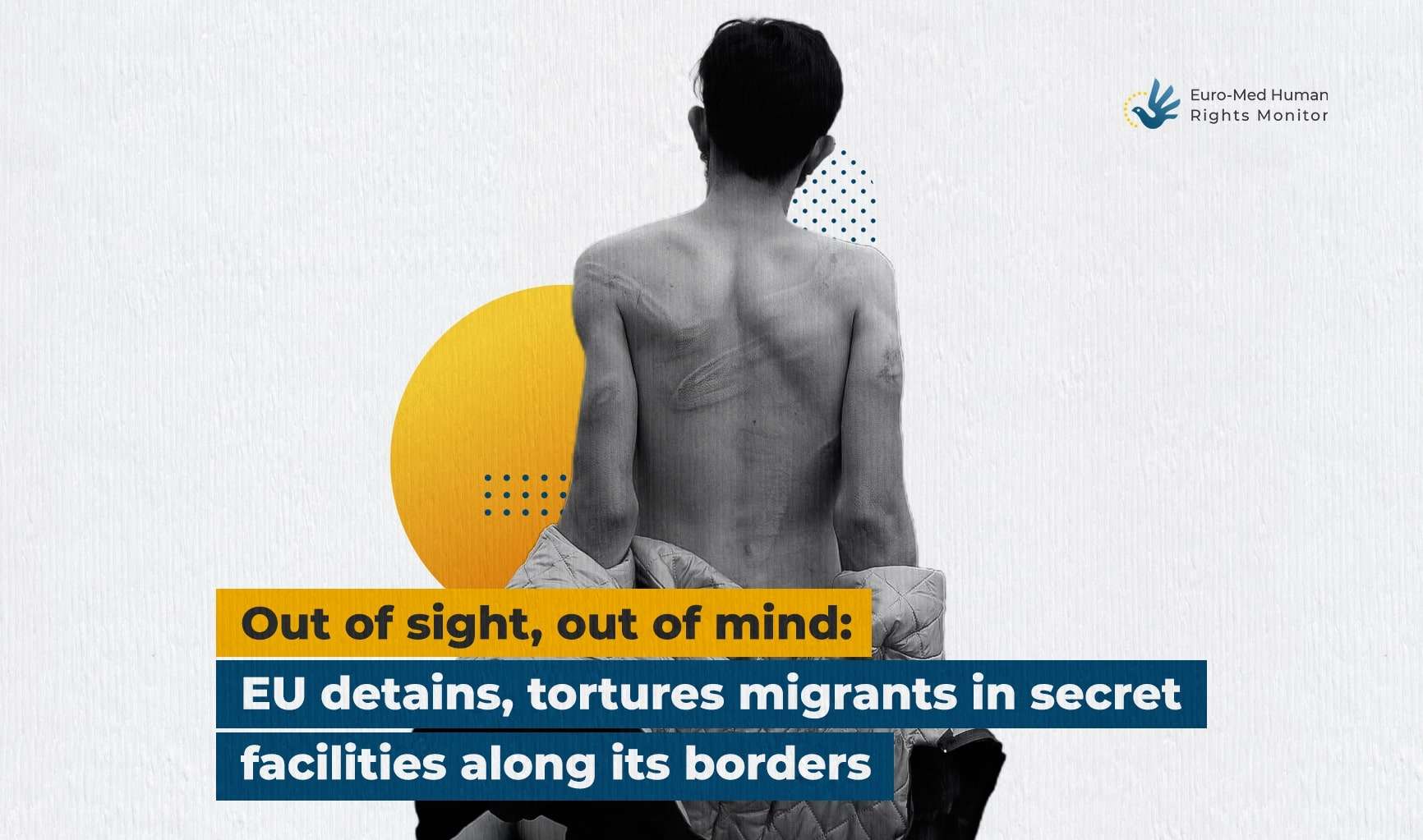 It appears to be a small barn—a pigsty with a crumbling wooden gate—but instead of animals and sheaves of wheat, it contains people caged behind iron bars. Their age is unclear, their path unknown. What is evident is that they are all young men, brown-skinned, wearing jumpsuits and sneakers, with their hoodies pulled up over backwards baseball caps, as if a tiny show of strength in a sports race or game and not a response to the umpteenth violation of their rights as human beings. A small exercise, in the end, compared to a whole life that is likely filled with obstacles and shortages, explaining their journey to Europe.

This is happening now in Bulgaria, where a dozen men are kept in a derelict cage of wood and iron, seemingly out of place and time. It is not known how long they have been there and, more importantly, how long they will remain. What we do know is the reason why, which is that they are third-country nationals from the Global South trying to enter Europe without a visa, i.e. people presumably migrating to seek asylum and protection or pursue a better life. They are detained and harmed in such informal sites for one reason only: European Member States do not want them, do not want to see them, and do not want to be responsible for them, even if it violates EU and international law.

The refusal of EU Member States to issue visas for individuals from certain countries even when all application requirements are met, the physical pushback of those who manage to arrive in Europe, and lack of open safe and legal channels of entry even when States need people to work and migrants are eager for jobs is evidence of complete disregard for the law. It must be made known that European countries on this unreasonable, isolating path are now detaining people in off-record, secret facilities along EU borders before illegally deporting them.

People of all ages, including children, are trapped in derelict barns in Bulgaria, held for hours in dangerously hot, small, overcrowded vans in Croatia, or even kept in containers at an isolated petrol station in Hungary.

As these sites are not formal detention or reception centres, they are excluded from independent scrutiny and public access. The priority is plainly that migrants are not seen in the wider public domain, as seeing them as people with human needs and desires, and as rights-holders, could trigger public demand for some basic guarantees—not only the right to seek asylum and to wait for an official answer, but the right to water, food, adequate shelter, and absolute, non-derogable protection from torture and other forms of inhuman or degrading treatment. No action of any person, however dangerous or criminal, and under any circumstance, can ever justify this type of horrific treatment.

Yet the inhuman and degrading treatment of migrants and asylum seekers is more and more normalised in our continent. Across Europe, border regions, detention centres, and remote locations have become breeding grounds for extreme cruelty, violence, and acts of torture. The scenes reported above—the barns, vans, and containers—are not isolated cases, but rather part of an engineered system funded and nurtured by the EU itself.

The existence of “black sites”, clandestine detention centres where people are arbitrarily detained, tortured, and held prior to being pushed back across borders, is something the current EU could very much envisage. After all, it is the same Union that was recently accused by the European Center for Constitutional and Human Rights before the International Criminal Court as responsible for the crimes against humanity committed against migrants and refugees in Libya. It is the same Union that, only weeks ago, allowed its Frontex border guards to shoot a 19-year-old Syrian boy with live ammunition at the Bulgaria-Turkey border, and the same Union that since 2014 has let more than 25,331 vulnerable people go missing in the Mediterranean Sea.

The ever-tightening European system of criminalisation, externalisation, and containment at any cost is crystal clear, as is the support of national and pan-European authorities. In Bulgaria, in the town of Sredets close to the Turkish border, migrants are routinely detained informally in a small cage-like structure beside a border police station, where 10 Frontex officers are based. Similarly, while smugglers and traffickers continue to be responsible for a small percentage of the violence sustained by migrants during their dangerous journeys, the vast majority of children cared for by Doctors without Borders (Médecins Sans Frontières) named state authorities as perpetrators; mainly EU border forces, especially in Bulgaria, Hungary, and Croatia, were named as perpetrators as far back as 2017.

With no other legal or safe ways for people to seek asylum or migrate to the EU, men, women, and children are subjected to repeated and indiscriminate violence—whether from European authorities or smugglers, and no matter the time, place, or situation.

Beatings with sticks, the use of other forms of physical violence such as kicking and punching, cutting with razor blades and knives, and even the fracturing of skulls, as well as food and water deprivation,  arbitrary detention, robberies, and the destruction of personal items (notably mobile phones) are going unaddressed. The institutionalised and systematic use of torture towards migrants and asylum seekers has increasingly become a symptom of the current European externalisation policy, and Europe is aware of it. Several Member States have suspended the Dublin agreement towards certain EU countries, including Hungary, Bulgaria, and Greece, for not guaranteeing “adequate reception conditions”. Indeed, the principle of non-refoulement prohibits States from transferring or removing individuals—regardless of status—from their jurisdiction or effective control when there are substantial grounds for believing that the person would be at risk of irreparable harm upon return, including persecution, torture, and other serious human rights violations.

What will the European Union become if such sites of threats, punishments, and disappearances not only remain, but become more and more pervasive across the whole Union’s borders—and by Europeans’ own will?