Why Iraq’s cybercrimes draft law must be amended 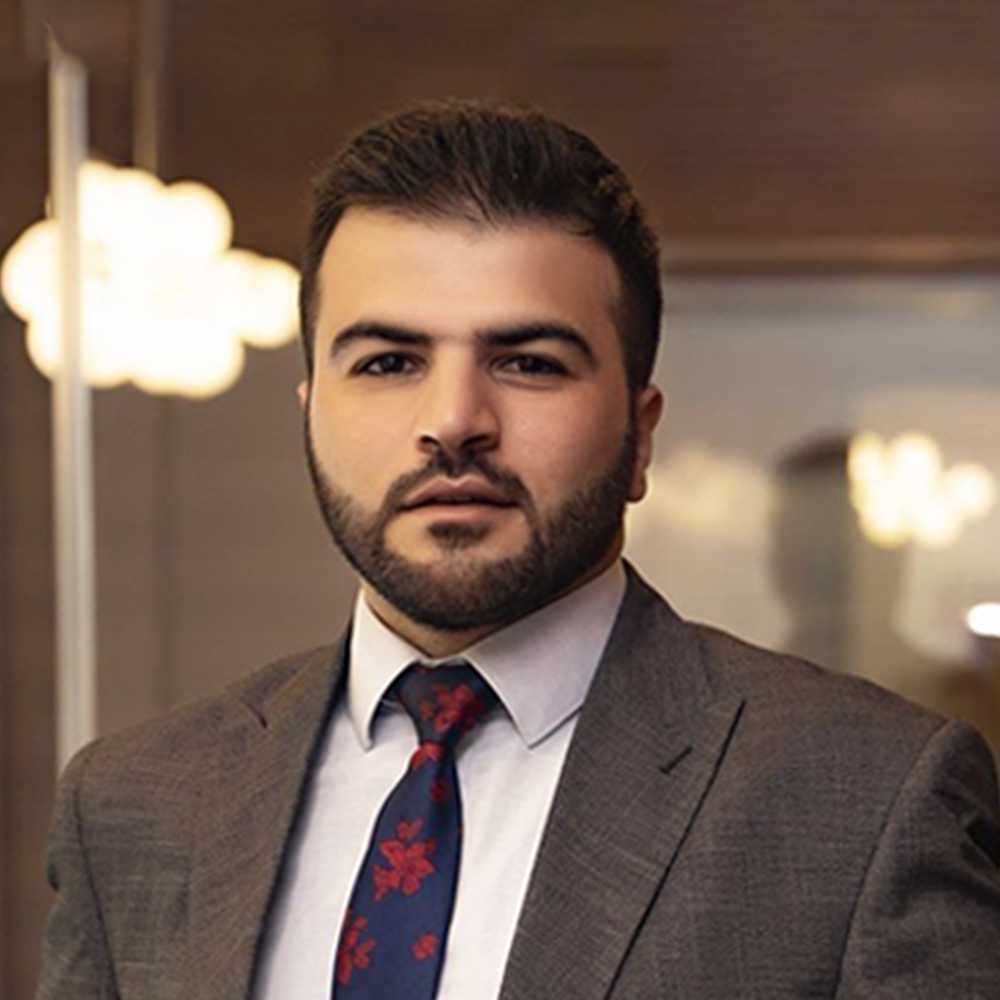 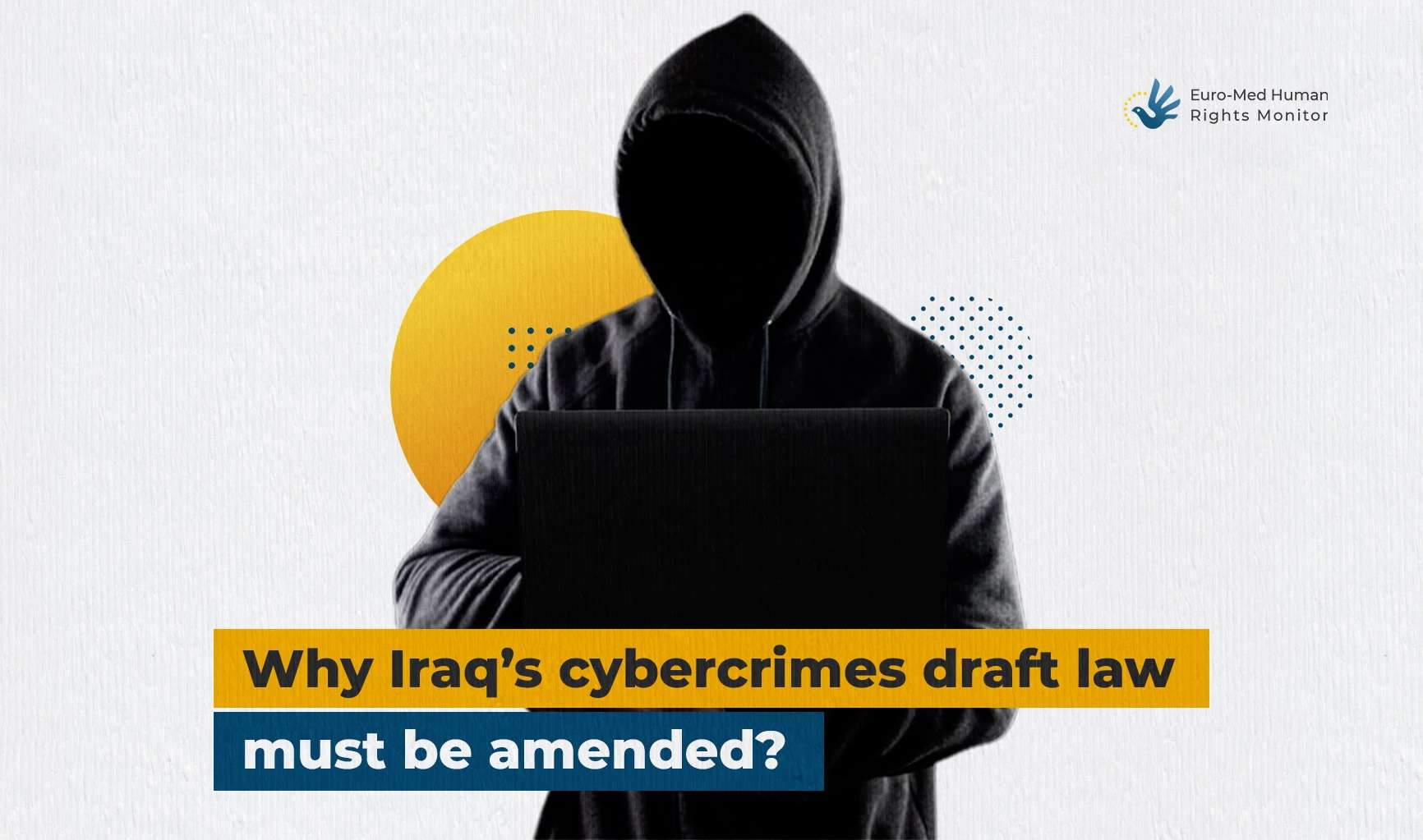 Following the Iraqi Council of Representatives’ failure to pass a draft cybercrimes law over the course of the past decade, Iraq’s parliament introduced a draft of 31 articles on 21 November 2022.

Despite repeated amendments to the draft law and an emphasis on the importance of regulating the process of electronic communication, particularly given Iraq’s delay in enacting legislation, the current draft of 31 articles contains several vague terms that could be used to undermine freedom of opinion and expression, as well as multiple provisions that are inconsistent with the Iraqi Constitution and relevant international agreements.

The use of broad terminology is a real problem in the draft law, as it makes it difficult to define the standards and behaviours that must be criminalised under the law.

For example, Article 21(3)(b) of the draft imposes a year in prison and a fine of no less than two million Iraqi dinars (approximately $1,370 USD) and no more than five million Iraqi dinars (approx. $3,430 USD) on “whoever infringes on any of the religious, moral, family, or social principles or values, or the sanctity of private life, in any way, through the information network or computers”. The lack of precisely defined criteria governing the text is alarming, as it opens the door to abuse by authorities, especially in light of Iraq’s widespread policy of accusing political activists of insulting societal values.

Even if the authorities did not abuse the aforementioned text to harm activists’ reputations and perpetuate negative stereotypes about them, using it in its current form would likely lead to confusing interpretations of its content due to the absence of a clear reference. As Iraq is home to a diverse range of religious and social sects and currents, each with its own set of moral standards and values, the wording of a legal text should be exact and unambiguous—otherwise, those in charge of enforcing the law will be able to apply it however they see fit.

Similarly, Article 6(1) of the law fails to provide a clear definition of the violations that constitute “harming the reputation of the country”, for which a penalty of life imprisonment and a fine ranging from 25 million Iraqi dinars (about $17,000 USD) to 50 million Iraqi dinars (about $34,000 USD) will be imposed. Article 6(1) stipulates: “Whoever uses computers and information networks intending to provoke, threaten or promote armed insurrection, provoke sectarian violence and strife, disturb security and public order, or harm the reputation of the country shall be liable to life imprisonment or temporary imprisonment and a fine of no less than twenty-five million (25,000,000) and no more than fifty million (50,000,000) dinars.”

Ultimately, the law not only fails to define the concept of “harming the reputation of the country,” but also equates it with serious crimes such as armed insurrection and provoking sectarian strife, thus imposing harsh penalties that may be used to settle political scores. As a consequence, the law will likely be incapable of fulfilling its purpose of regulating electronic relations, as its text can easily be used as a means of repression and for the deprivation of freedom.

It is well-known that many social media users in areas of conflict and unrest, such as Iraq, often hide their identities in the virtual world when expressing opinions, out of fear of security prosecution due to the current state of repression. However, the draft law criminalises this behaviour, imposing deterrent penalties on these Internet users.

One such penalty—in Article 18(2)—is a maximum of three years imprisonment and a fine of no less than two million Iraqi dinars and no more than three million Iraqi dinars (around $2,055 USD) on whoever uses computers and the information network to assume a false identity or name with the intent to deceive, or who creates or uses a false website, conceals the reality of a website on the information network, or helps to do so, with the intent to commit any crime as stipulated in the law.

Undoubtedly, this provision will be used as a tool to suppress freedom of opinion, expression, and publication, and will allow Iraqi authorities to prosecute and try activists who hide their identities, especially those who are active in publishing documents related to corruption, or those who openly criticise certain political, security, or military figures.

Furthermore, the draft law severely limits freedom of the press, denying journalists the right to protect their sources in investigations and investigative reports involving official and unofficial violations. Informants involved in such investigations typically refuse to reveal their identities for fear of security prosecution or retaliation. As a result, the provision forestalls all journalistic activities that rely on undisclosed sources, and will presumably contribute to the disclosure of conflicting information to the public.

Inconsistency with the Iraqi Constitution and relevant international agreements

The draft law in its current form, with its broad terminology and shortcuts to suppression of freedom of opinion and expression, is in clear conflict with the Iraqi Constitution, which offers general protection of free expression. The Constitution stipulates in Article 38 that, “The State shall guarantee in a way that does not violate public order and morality: First. Freedom of expression using all means.”

The Constitution is at the top of the legislative hierarchy and supersedes all other laws, which are enacted to regulate the rights guaranteed by the Constitution rather than to abolish or infringe on them. Additionally, the draft law runs counter to the principles of free expression enshrined in relevant international covenants and conventions. Article 19(2) of the International Covenant on Civil and Political Rights, ratified by Iraq, for instance, stipulates that: “Everyone shall have the right to freedom of expression; this right shall include freedom to seek, receive and impart information and ideas of all kinds, regardless of frontiers, either orally, in writing or in print, in the form of art, or through any other media of his choice.”

As the draft law in its current form violates the principles of free expression, its negative impact will, in all probability, be far-reaching. The level of press freedoms in Iraq has already been steadily deteriorating; according to Reporters Without Borders’ World Press Freedom Index, Iraq’s ranking dropped from 163 in 2021 to 172 in 2022, out of a total of 180 countries.

The Iraqi Council of Representatives should deal with the objections to the draft cybercrime law with the utmost seriousness, improve it in a way that respects citizens’ right to express themselves, and keep cyberspace free of repressive interference. It is critical to ensure the protection of both the Iraqi Constitution and Iraq’s relevant international obligations by defining criminalised behaviours in a highly specific manner, thus preventing those acting in an authoritarian capacity from exploiting the law for corrupt purposes.