Yemen: Detention and trial of vloggers demonstrates degree of Houthi control over judiciary 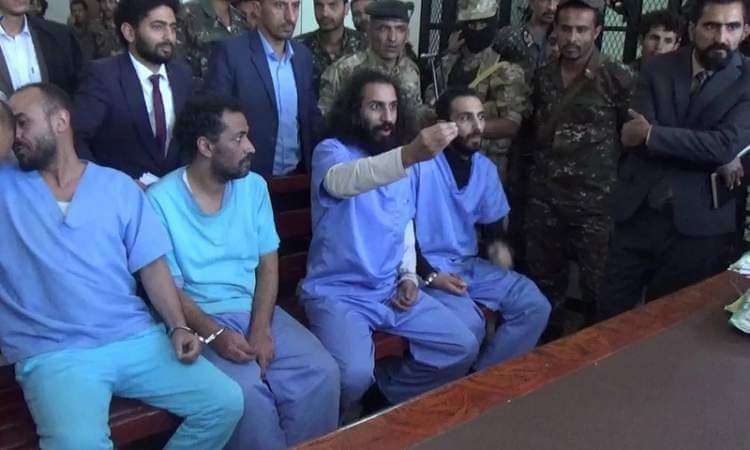 Geneva - The Houthi group must immediately and unconditionally release four Yemeni activists—three of whom are prominent video bloggers, or “vloggers”—who have been unlawfully held since late December on charges related to freedom of opinion and expression, Euro-Med Monitor said in a statement. The four activists’ YouTube channels have a combined total following of approximately three million and 270 thousand subscribers, making them highly popular among Yemenis.

Euro-Med Monitor followed with deep concern the trial of the four activists by the Specialised Criminal Court of First Instance in Sana’a on Wednesday. The three vloggers, Mustafa al-Mumari, Ahmed Elaw, and Ahmad Hajar, were charged with “spreading rumours and provocative propaganda by creating and managing YouTube channels with the intention of undermining social stability and harming public order, in support of the ongoing military aggression and blockade of Yemen”.

Euro-Med Monitor team members following up on the trial found that Houthi security forces had detained Hajar in response to a video clip uploaded to his YouTube channel, in which he accused the Houthi government of corruption. Al-Mumari was detained for similar reasons, while Elaw was detained for expressing solidarity with his colleagues and demanding they be released. Hamoud al-Mesbahi, the fourth activist, was accused of assisting al-Mumari in committing the aforementioned crimes by “coordinating video content before publishing it in his capacity as a director and secretary who manages all of al-Mumari’s work”.

“It is disgraceful to unjustly detain the vloggers, displaying them chained in court as criminals for merely criticising the de facto Houthi authority,” said Anas Jerjawi, Euro-Med Monitor’s Chief Operating Officer. “This scene exemplifies the abysmal lack of liberties under Houthi rule.

“The intentional discrediting of anyone who expresses an opinion with accusations of treason or collaboration with enemies is neither new nor surprising; it is a common practice used by the Houthi group to eliminate any opposing opinions and silence activists and opponents under tenuous pretexts,” Jerjawi added.

The vloggers are facing serious charges and could be subject to the death penalty under the Yemeni Penal Code, which was previously used by Houthi-run courts to sentence detainees to death. The judiciary is no longer reliable due to the Houthi group’s complete control over it, evidenced by the group’s use of it as a tool for retribution against dissidents and political opponents—which clearly negates the fundamental principles of judicial independence and integrity.

The way in which detainees at Houthi prisons are held and put on trial is deeply concerning, whether in terms of ill-treatment, the denial of legal rights, or being accused of false crimes. Euro-Med Monitor has previously documented the ill-treatment of detainees in these prisons, as well as the execution of certain detainees based on ambiguous accusations, and following unfair trials.

The de facto Houthi authority should investigate the corruption claims against the vloggers and deal with them responsibly, rather than detaining them, silencing their voices, and intimidating anyone who speaks out against Houthi practices. The detention and trial of the four activists is a continuation of the group’s policy of repression and silencing people in areas under its control in Yemen, as well as its great efforts to curtail liberties and impede individuals from exercising their legitimate rights.

Euro-Med Monitor calls on the de facto Houthi authority to drop all charges against the four activists and release them unconditionally, put an end to any criminalisation of free speech and peaceful criticism, and fulfil its early pledges and commitments to promote liberties in areas under its control in Yemen.