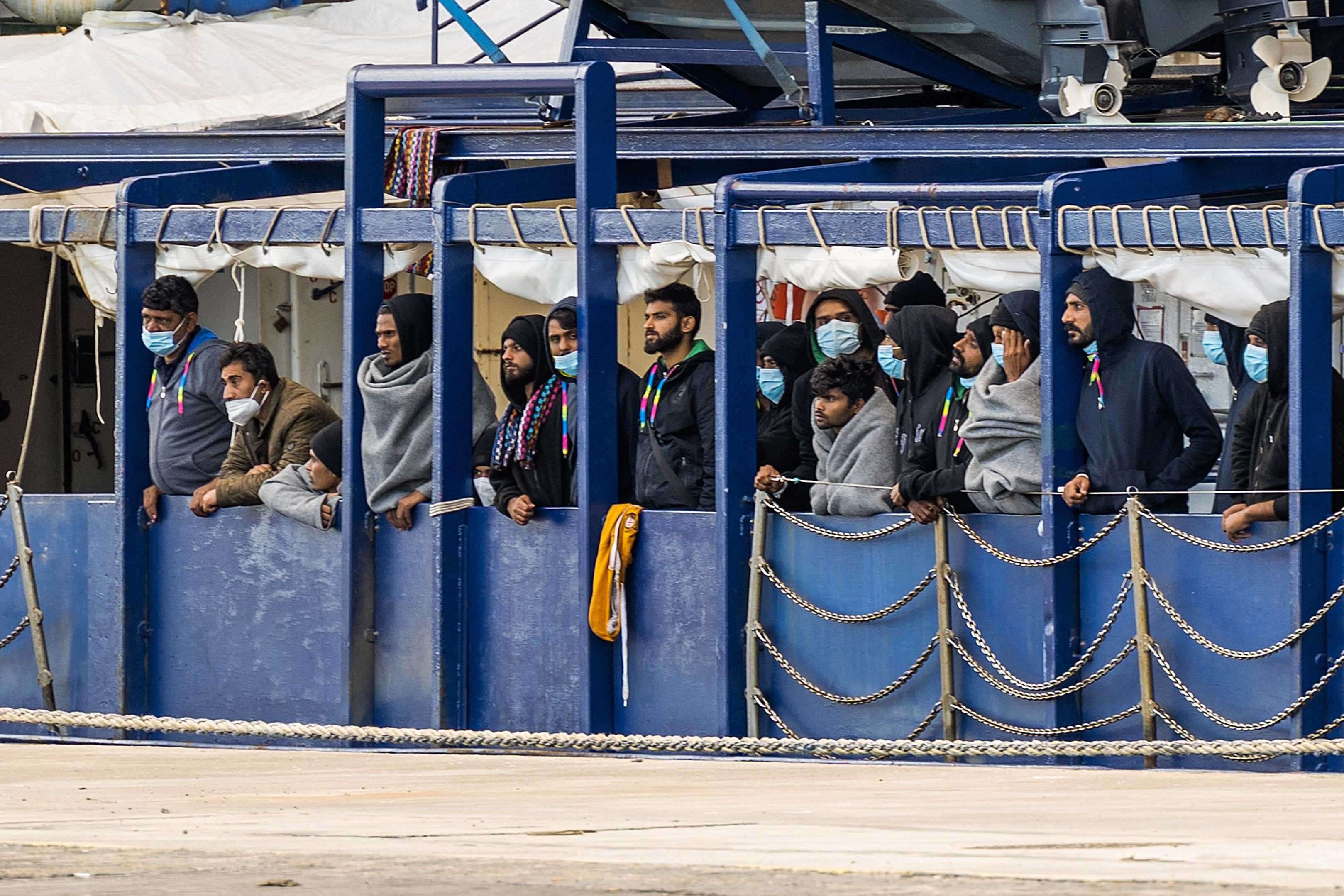 Geneva - The primary goal of a new immigration decree signed by the Italian government is to constrict and hinder the work of humanitarian-operated ships which rescue people at sea, inevitably provoking more deaths in the Mediterranean, warned the Euro-Med Monitor in a statement today.

“Urgent provisions for the management of migratory flows” was launched by Italy’s new far-right government with the Decree-Law no. 1/2023, and entered into force on 3 January. It establishes a new code of conduct for non-governmental organisations (NGOs) carrying out rescues at sea.

According to the Decree, ships must promptly notify Italian authorities of any ongoing search and rescue (SAR) operations, coordinate with the authorities to request a port of unloading, and provide all authorisations and equipment for each rescue. In short, ships must do what they already do; NGOs involved in SAR activities always provide precise information on rescue operations and contact legitimate maritime centres in a timely manner to determine safe ports to disembark rescued people. The problem in practice is that the centres themselves do not respond punctually to requests, and that they pass on responsibilities to one other, leaving packed ships stranded at sea for many days.

“An immediate effect of the Decree is implying that up until now, NGOs provided sea operations in complete self-rule—i.e. without following any law—but that now, thanks to the new Italian government, some rules have been finally imposed,” explained Michela Pugliese, Migration and Asylum Researcher at Euro-Med Monitor.

“The very fact that SAR activities, despite being responsible for only 12-15% of all sea arrivals to Italy, are considered a priority for the government and a major threat to public order and safety,” Pugliese added, “nurtures the legal criminalisation and social stigmatisation of NGOs.”

Certain novelties provided for in the Decree are alarming, as they are in breach of national and international obligations. Firstly, the new rules require the procedures for applying for international protection to start onboard, which is illegitimate for both masters of Italian ships as well as those flying the flag of another State. Italy, indeed, has appointed as a competent authority for receiving asylum applications only the Territorial Commissions, the Dublin Unit, the country’s border police, or the territorially competent police headquarters.

A second illegitimate aspect of the Decree is the attempt to outlaw transshipments, which is when a smaller ship transfers the shipwrecked to a larger ship to continue operating other rescues, as well as to ban multiple rescues. According to the laws of the sea, if the captain of a ship who has already provided first aid becomes aware of a further dangerous situation, they must head towards the area to assist those in danger.

Another concern is that Italian authorities are now indicating a safe port located very far from the area in which rescues have previously taken place, requiring ships to spend days navigating far up the Mediterranean to the northern Italian cities of Livorno, Ancona, or Ravenna. Yet, a safe port is one that does not aggravate the psycho-physical condition of rescued people by unnecessarily prolonging their attainment of complete safety and preventing them from promptly applying for international protection before the competent national authorities.

The real goals of the new Decree are to prevent people rescued from shipwrecks from arriving in Italy, and to prevent Italy from becoming the State responsible for examining their possible asylum applications. “With the new Decree, the Mediterranean will see more deaths,” said Pugliese. “By prohibiting transshipments, requiring that rescued people be brought ashore immediately, and providing very distant ports of disembarkation, the Decree multiplies the costs and times of humanitarian ships’ operations.

“There is no ‘migrant’ or ‘refugee’ categorisation among the waves, and there can be no margin of choice on the part of the master of any ship to rescue or not,” she added. “There is only the shipwrecked to be saved from certain pain, certain fear, and certain death.”

Indeed, just three days after the new Decree entered into force, at least three people died in a shipwreck about 30 miles from Lampedusa, including an Ivorian toddler aged one and a half.

Euro-Med Monitor calls on Italy to refrain from imposing illegitimate obstacles on the vital work of humanitarian ships carrying out lifesaving SAR activities in the Mediterranean Sea, and to respect and fulfil international legal obligations, mainly the United Nations Convention on the Law of the Sea (Montego Bay Convention) and the International Convention for the Safety of Life at Sea (SOLAS Convention), as well as its own constitutional provisions, particularly Article 10 on asylum.

Additionally, Euro-Med Monitor calls on European Member States to allow all third-country nationals meeting the agreed-upon requirements to enter the EU regularly and safely with entry visas, without classifying people according to their country or region of origin.