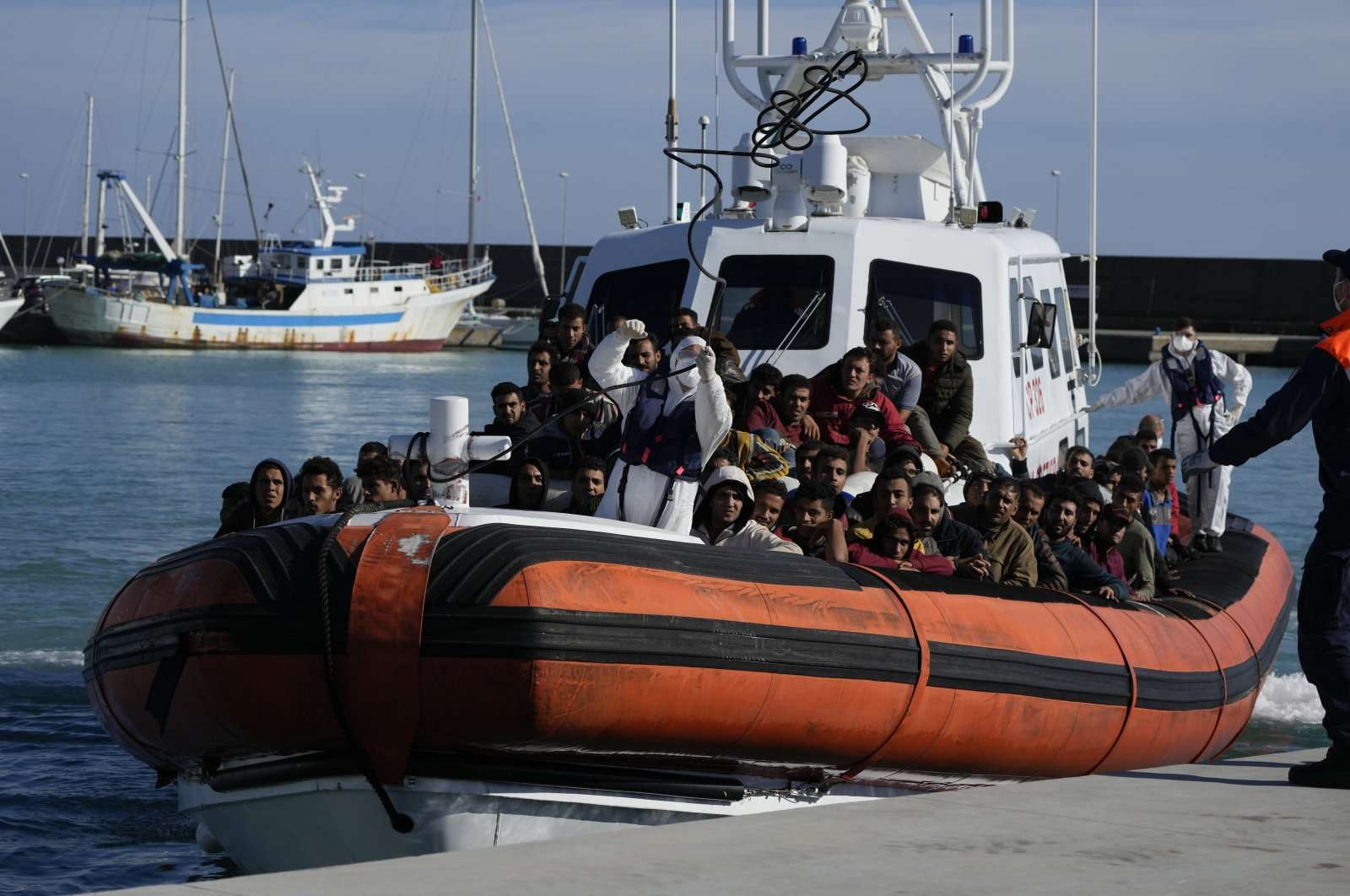 Geneva - People of all ages, including children, fleeing Afghanistan, Syria, and Iraq, and arriving at Italian ports in the hope of claiming asylum have been locked up on ferries and forcibly sent to Greece, warned Euro-Med Human Rights Monitor in a statement today, urging the Italian government to respect their right to seek asylum, enshrined both in international law and the very Italian constitution.

This is Europe’s latest – and maybe lesser known – pushback practice, where secret prisons on private ships are used to illegally send asylum seekers back to Greece. Images revealed by Lighthouse Reports of unofficial “prisons” used to detain newly arrived asylum seekers have been taken on three different passenger ships travelling between Greece and Italy, all owned by the Greek company Attica.

During such long and abrupt journeys from the Adriatic ports of Venice, Ancona, Bari and Brindisi to Greece, some migrants are handcuffed to metal shelves, unable to move or lie down, while some others are locked up in claustrophobically small metal rooms. In the “Superfast I” ferry, people have left messages on the walls, both in English and Arabic, proving their presence there, while others appear to have tried to escape by climbing the smooth metal walls.

These informal and concealed detention sites on the Superfast ferries are located next to areas where lorries are parked or in rooms where luggage is collected, both spaces normally considered unsafe for passengers to be. Yet not for asylum seekers, locked up there for the whole duration of the unwanted trip. Similarly, a small room with a broken toilet and ceiling on the 7th floor of the “Asterion II” has become a prison where people have scribbled their names and dates of detention.

It seems that hundreds of these illegal returns have taken place in the last two years. Migrants onboard said ferries indicated that they were put there after being denied the right to apply for asylum in Italy. Just like the informal readmissions and illegal push backs from Italy to Slovenia and throughout the Balkan Route, the pushbacks of asylum seekers at the Italian ports are not isolated episodes, rather the result of a precise political strategy.

In the south of Italy, in Bari, it has been happening for some years now, in general silence, to hundreds of Afghans, Bengalis, Kurds, Turks, even minors, who arrived in Italy hidden in trucks and were immediately sent back to Greece, without being able to apply for asylum. This occurs in almost all Adriatic ports in Italy, reportedly on the basis of a bilateral readmission agreement signed in 1999 between Italy and Greece. Actually, for such operations Italy and Greece were already condemned by the European Court of Human Rights in 2014, in the so-called Sharifi case, as this agreement cannot be applied to people seeking asylum.

“The inhumane and degrading treatment of migrants and asylum seekers in Europe, including the pushbacks and informal detentions, on the one side is more and more normalised but, on the other side, is more and more concealed,”  said Michela Pugliese, Migration and Asylum Researcher at Euro-Med Monitor. “These operations are carried out in a completely informal way, outside any official and legal framework and without the delivery of any written provision.”

Pugliese added “It is even more upsetting when considering that Afghani, Syrian and Iranian people are likely to be granted the international protection in Italy, if they were given their legitimate chance to apply for asylum here.”

This recently discovered illegitimate practice is, indeed, the latest example of the so-called “black sites”, clandestine detention centers where people are arbitrarily detained and often tortured prior to being pushed back across borders, in complete invisibility.

Euro-Med Human Rights Monitor urges the Italian government to immediately end all illegal pushbacks and collective expulsions taking place in the Adriatic sea towards Greece; to investigate the crimes committed against migrants and asylum seekers; and to fulfil their obligations to ensure effective access to the asylum procedure, as required by the 1951 Refugee Convention, the EU Charter and the Italian Constitution.