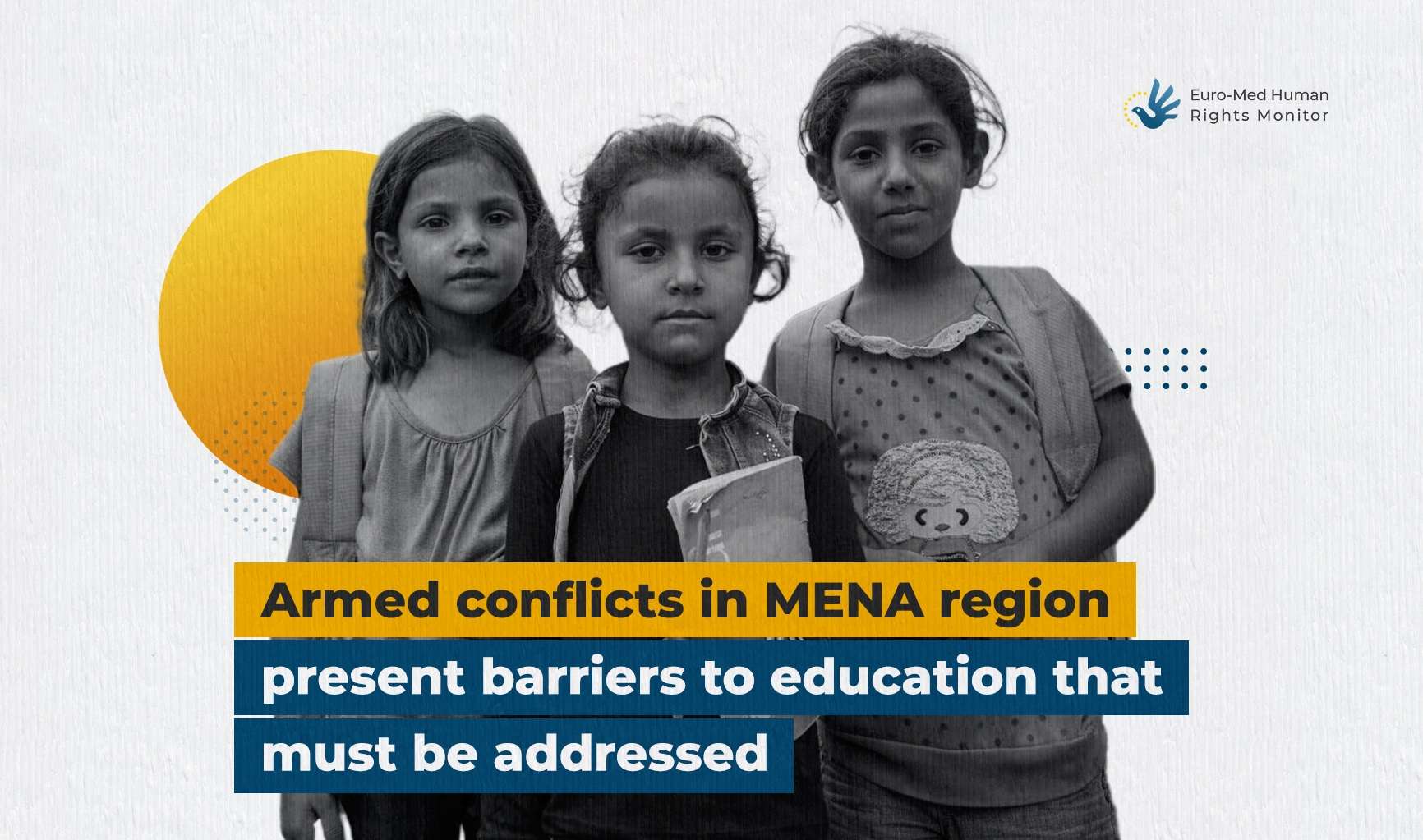 Every year on 24 January, the international community celebrates education as an indispensable tool to achieve peace and progress, to eradicate poverty and various other forms of inequality worldwide. The fact that 244 million children and youth do not currently attend school, and 771 million adults today are illiterate, serve as stark reminders of the necessity of promoting the respect and protection of the right to education internationally.

A basic human right to which every human being is entitled, the right to education is vital for tackling poverty, inequality, and unsustainable development. For children and young people, education is an instrument of empowerment, as it enables them to acquire the knowledge needed to develop critical thinking skills and bring about positive changes in the world. The right to education is guaranteed under multiple international legal conventions including the Universal Declaration of Human Rights, the United Nations Convention on the Rights of the Child, and the International Covenant on Economic, Social and Cultural Rights. It is also among the UN’s Sustainable Development Goals, and is an essential life-saving response, especially in the context of emergencies and armed conflict. Not only does education provide a sense of normality and routine for children, it also ensures their social and physical protection by providing an alternative to recruitment into militias.

Nevertheless, the right to education is commonly violated in the many regions of the world plagued by armed conflict. In fact, despite the fact that schools are afforded protection under international humanitarian law, armed groups frequently attack schools as part of a wider strategy to hinder the fulfilment of the right to education and use children and youth for military purposes. This tactic threatens young people’s safety, as well as increases their risk of recruitment. As a result, many children attend schools less often, thereby reducing the quality of education they receive and making it more difficult for them to resume their education in the future.

In recent years, the Middle East and North Africa (MENA) region has been witnessing increasing levels of violence, with some 580 children and youth killed and many more injured in the last year alone. Regrettably, living victims and survivors of these conflicts are seeing their right to education systematically violated—another type of preventable tragedy that the international community must not ignore. Statistics show that about one in five children in the MENA region are not in school, while the continuous attacks on schools prevent those who do attend them from accessing an adequate education. As such, the Safe Schools Declaration was established in 2015; a political commitment endorsed by 111 countries, it aims to protect children during armed conflicts, support the continuation of their education, and discourage the military use of schools.

Limited access to education during an armed conflict can have a long-lasting impact on children, beyond the psychological and physical threats. Once a conflict is over, it may take time for education to resume, as the destroyed schools and facilities need to be rebuilt. Other infrastructural issues, such as those concerning sanitation and water, are also often prioritised over education. Education following a conflict, however, can play an important role in peacebuilding processes. Governments should therefore guarantee children’s safe access to education by ensuring that routes to school are safe, and that buildings are protected and free from weapons.

The dramatic figures on the impact of armed conflicts on children and youth in the MENA region reveal the degree of violations they have unfairly suffered regarding their right to education. The intensification of armed conflicts, use of improvised explosive devices, mines, explosive weapons in populated areas, and explosive remnants of war, as well as breaches of international humanitarian law and international human rights law, have severely affected children and prevented them from enjoying many of their rights, including the right to education.

The figures from 2022 highlight the great number of children who were deprived of their fundamental right to education; in Yemen and Syria, about 2.4 million children (and quite possibly more than that) are currently outside the education system. Nearly 7 million children in Sudan (a third of school-age children) are not in school at all, and attacks by militias destroyed more than 600 schools in August and September alone. As for Somalia, the number of out-of-school children reached 4.84 million in 2022. Additionally, 58 Palestinian schools located in the occupied West Bank are currently under demolition or stop-work orders by Israeli authorities.

The impossibility of attending school because of closures, attacks, and/or occupations adversely affects the growth process and future prospects of children and youth, as they are prevented from developing the skills they need to improve their lives, communities, and countries. It is thus crucial to guarantee safe access to education during armed conflicts through the implementation of alternative mechanisms, including safe learning sites, radio instruction programmes that offer accelerated learning courses, and enhanced risk analyses, as well as the provision of security measures such as early warning systems that identify potential attacks.

It is imperative that governments promote the urgent reestablishment of schools that have been destroyed by armed groups’ attacks, or occupied for military purposes, as soon as armed conflicts cease. This way, children and youth can quickly resume their learning activities. Finally, the international community must step up its support of governments and civil society organisations working to restore children’s access to their fundamental right to education, and increase efforts to ensure the fulfilment of the Safe Schools Declaration. Otherwise, the global community will continue to fail a great many of its most vulnerable citizens.