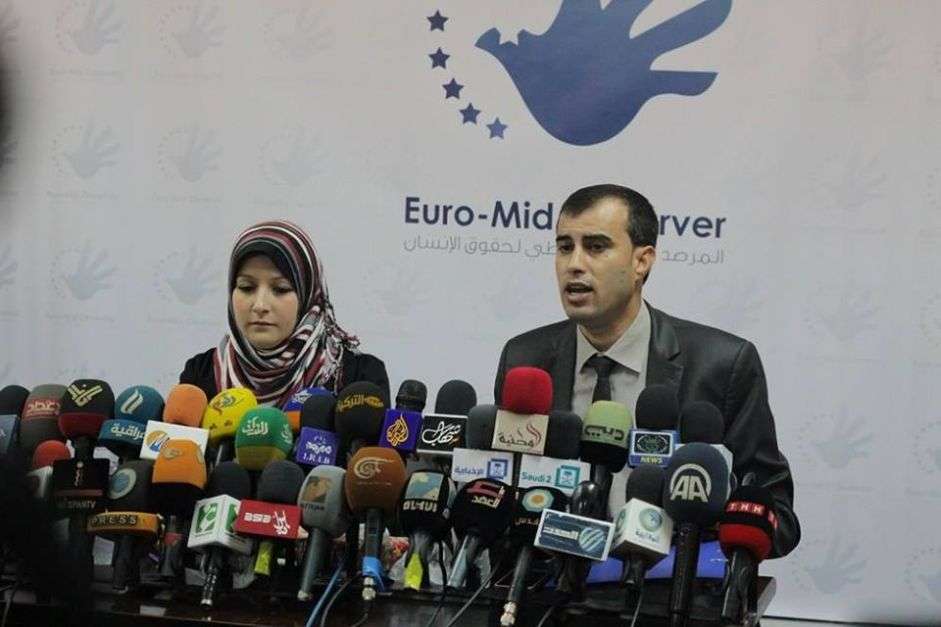 Gaza City, Gaza Strip, Occupied Palestinian Territories - An international investigation must be launched into the smuggling operation that resulted in the deaths of more than 400 desperate migrants on Sept. 15, stated  Euro-Mediterranean Human Rights Monitor at a press conference today. The nonprofit organization based in Geneva and the Gaza Strip just completed the first analysis of the events leading up to the sinking of the ship carrying Palestinians, Syrians, Egyptians, Sudanese and other immigrants from Egypt to Italy.

The organization also concluded that a more humane approach must be developed to address the growing number of refugees, particularly from the Palestinian territories and Syria. Palestinians fleeing the Gaza Strip, which experienced widespread destruction during the recent 50-day assault by Israel, represented the largest contingent among the ill-fated immigrants on board.

“A tremendous amount of misinformation has been circulating about just what happened and why, and the grieving families left behind deserve swift answers,” said Maha Hussaini, spokesperson for Euro-Med Monitor. “It is crucial that our research be followed by a more comprehensive investigation by the international community, particularly the countries involved; that the perpetrators be brought to justice; and that the plight of refugees be dealt with directly and with compassion.”

Of the 400-450 passengers who paid US$2,000-$4,000 for safe passage from Egypt to Italy, only eight survived – five Palestinians from Gaza, one Egyptian and two Syrians (a 19-year-old female and a child). To compile its report, the
Euro-Med Monitor team interviewed family members in Gaza, one of the Palestinian survivors and government officials from all countries involved.

The full Euro-Med Monitor report is available at: Here. For more information and interviews, call 00970598435000 or email Geneva@euromid.org