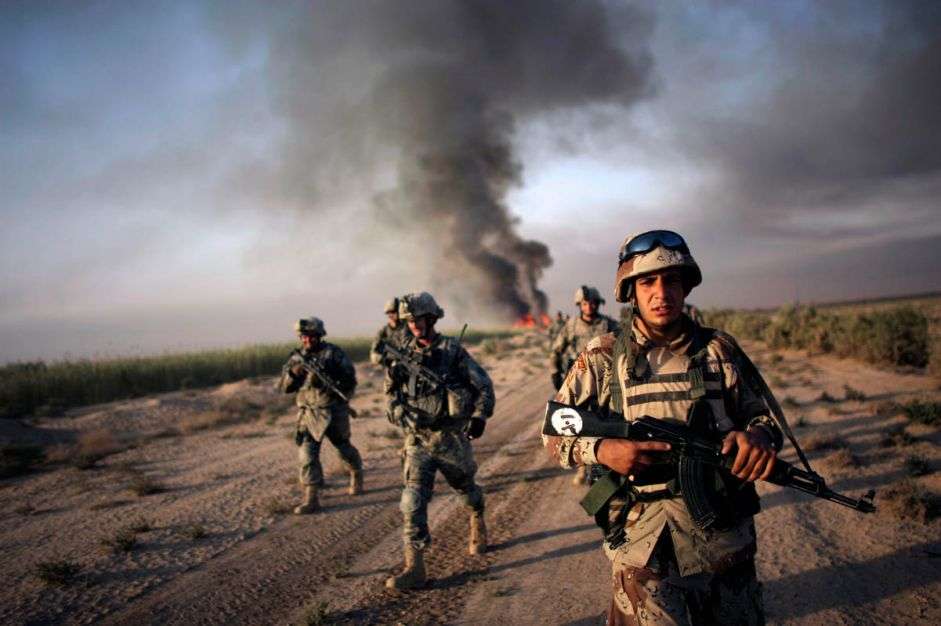 The Euro-Mediterranean Human Rights Monitor and the Legal Rights Observer Organization said in a joint statement issued on 30th January 2015 that the village of Barwaneh in the district of Al-Muqdadiya, Diyala Governorate, Iraq, witnessed the mass execution of 84 people in one day in front of the Iraqi army that did nothing to save or defend the village’s civilians.

The statement explained that the militants wore black clothes and used black cars, and that according to eyewitnesses they seemed to be from the Popular Crowd militia who burnt or demolished more than 1,600 homes in the town of Sherwin in addition to 12 mosques after the military operation came to an end. This was undertaken by militiamen alongside the Iraqi army and other Sunni tribal groups in control of the town after clashes with the Islamic State (IS). The Popular Crowd militia then headed to Barwaneh, home to hundreds of displaced families from the neighboring towns of Sensal and Sherwin, where the people of the town were asked to gather in one of the orchards to address certain queries. It was here that 84 people were shot dead, many of them brothers, according to statistics collected by Euro-Med Monitor and the Legal Rights Observer Organization.

The statement went on to say that soldiers of the Iraqi army stood watching the scene without doing anything to defend the civilians of the town, pointing out that the Iraqi Ministry of Interior tried to deny the validity of the reports of mass executions in Barwaneh. The two days following the massacre saw an attempted cover-up despite the steady flow of news coming from Barwaneh forcing the Iraqi government to recognize the event and launch an investigation into the case.

The spokesman for the Iraqi Ministry of Interior Brig. Saad Maan said during a press conference on the killing of civilians in the Barwaneh area that is was not true in reality, while the Tigris Operations Commander Abdul Amir Al-Zidi stated that the insurgents at the Barwaneh orchards opened fire on Iraqi forces saying, “they responded by opening fire on them and killed between 50-60 terrorists”, according to his statement.

According to the statement, videos posted on social networking sites show images of members of the Popular Crowd dancing over the bodies of the victims who were blindfolded and who had their hands bound, with a number of them having been shot directly in the head. An eyewitness reported that the militiamen checked the names of the men “and afterwards we heard gunshot…and when he went to the village to see what happened he saw 35 bodies in one house and found 40 others in a nearby place behind the house”. Another eyewitness states that he saw a group of soldiers and militiamen firing on 13 men after lining them up and tying their hands.

Member of the Diyala Governorate Council Sajed Al-Anbaki denounced the statement saying, “If those executed were "terrorists" there will be no problem, as in this case they got what they deserved”, his words coming as a call for murder and as encouragement to extrajudicial executions in violation of the right to life.

The statement pointed out that late in the evening on 29th January, elements of the popular militia left leaflets at a number of Sunni households in the center of the Al-Muqdadiya district urging them to leave the area with ongoing theft and arson operations targeting houses amid the almost complete absence of the State and its authorities.

The Euro-Mediterranean Human Rights Monitor and the Legal Rights Observer Organization’s statement concludes by calling on the Iraqi government to fulfill its responsibilities towards the citizens of Barwaneh and the people of Al-Muqdadiya district by providing them with protection and swiftly finding the perpetrators of the crime for who they provided cover, and to bring them to justice, stressing the need for the government to bring all armed factions under its sovereignty and rule of law.

The following are the names of the victims of the mass execution in Barwaneh: