One Migrant drowns every 4 hours in the Mediterranean 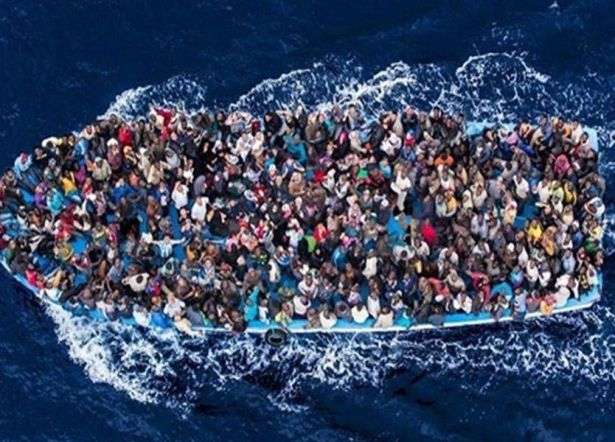 The Euro-Mediterranean Human Rights Monitor  stated that since the beginning of 2015, a significant increase has been noted in the number of immigrants attempting to reach Europe by crossing the Mediterranean Sea, as well as an increase in the numbers of drowned victims among them. The Euro-Med Monitor holds the European Union partly responsible in this human tragedy for its inaction to enhance legal ways for refugees to reach Europe and provide adequate reception conditions, which could safeguard the lives of hundreds of refugees and migrants embarking in this dangerous journey across the Mediterranean.

The report points out that the majority of migrants arriving in Italy set off across the sea from Libya - a perilous route used by migrants trying to get to Europe as human smugglers exploit the deteriorating security and the power vacuum caused by the prolonged conflict that has engulfed Libya since 2011. Additionally, the lack of cooperation between EU countries to carry the burden and the significant reduction in the scope of maritime rescue operations by Italy, Malta and Greece have led to an aggravated situation where the risks of migrants’ drowning are much higher.

In February 2015, more than 300 migrants have drowned after their overcrowded dinghies sank in the Mediterranean. These human tragedies will continue repeating themselves as long as those seeking safety are left at the mercy of the sea. The European Union is hereby responsible as Italy ended its operation known as Mare Nostrum, a large Italian search and rescue operation, which only operated for one year due its high costs and political opposition. The EU now runs a border control operation, called Triton, which has a smaller scope and only operates close to Europe's coast and does not fulfill the EU’s responsibilities under international and regional law and hardly shows any real demonstrations of solidarity with refugees affected in other regions.

Therefore the Euro-Mediterranean Human Rights Monitor calls upon the European Union to review its policies regarding Mare Nostrum, and calls upon the Security Council to hold a meeting on the crisis of asylum as a problem threatening international peace and security. It is the responsibility of the international community to find effective solutions to those drowning in the seas in search for safety, as effective solutions should be developed including fair and efficient asylum procedures; the availability of adequate reception conditions; and to take other measures to provide protection and safety for refugees fleeing conflicts, including working effectively to end the conflict in Syria that has lasted for more than four years.