Euro-Mid: Safe exit must be assured for Yarmouk Palestinians 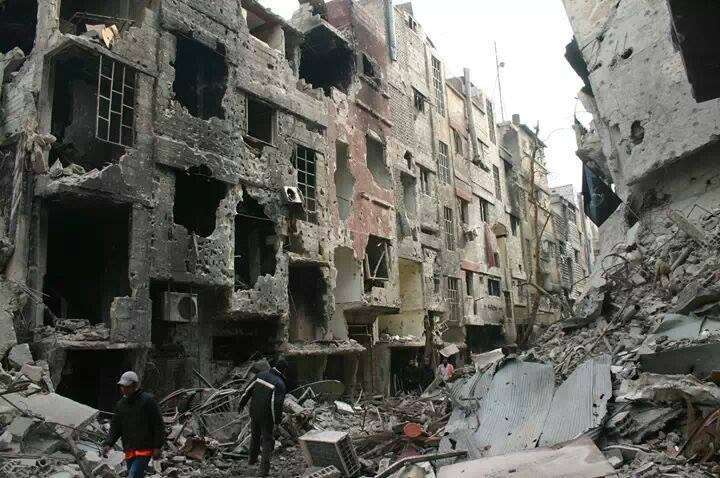 The suffering of Palestinians living in Syria’s Yarmouk camp has reached unprecedented levels and must be alleviated immediately, warns the Geneva, Switzerland-based Euro-Mediterranean Human Rights Monitor.

Since mid-2013, the northern areas of the camp have been living under a suffocating blockade imposed by Syrian government forces, supplemented by the Popular Front for the Liberation of Palestine – General Command (PFLP-GC). This untenable situation was exacerbated on April 1 when the Islamic State (IS) and elements of Front of Victory attempted to widen their control of the camp beyond 80 percent and met local resistance.

Residents of the camp, especially those living in the vicinity of Palestine Mosque and Safad Street, have endured relentless bombardment for four consecutive days, resulting in the destruction of dozens of buildings and making it impossible for the injured to reach hospitals.

Twelve camp residents have been killed in the clashes, including three during the Islamic State bombardment (Jamal Khalifa, Abdullatif Al-Rimawi and Muhammed Saleh), one by an IS sniper and one by Syrian government forces (Rodwan Al-Ahmed). In addition, 40 fighters with the Islamic State were killed, say sources in the refugee camp.

Meanwhile, dozens of Yarmouk youth were detained by IS, including 80 from the Arouba area and Madares Street, where two girls and humanitarian activists were kidnapped.

"The humanitarian situation in the refugee camp of Yarmouk is catastrophic. Residents are experiencing severe shortages of medical services, food and water and hundreds have been displaced," says Ihsan Adel, Euro-Mid legal advisor. "Palestine Hospital, where dozens of injured remain without health care, was targeted and is currently controlled by IS. One medical staff person was injured after an Islamic State sniper targeted him while he was attempting to rescue a victim."

Euro-Med Monitor is calling on the United Nations Relief and Work Agency (UNRWA) and the International Committee of the Red Cross (ICRC) to provide protected humanitarian corridors for delivery of aid and to negotiate with government forces a window of time in which civilians and the injured are able to leave safely. The European Commission of Human Rights must pressure the Syrian regime to protect the camp's residents and to lift its siege on the camp.