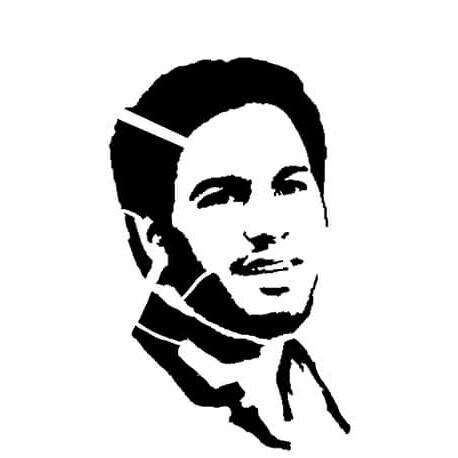 Warning that the arbitrary arrest of activists is a flagrant violation of human rights, the Geneva, Switzelrand-based
Euro-Mediterranean Human Rights Monitor is calling on the Egyptian authorities to immediately release Abdullah Al-Fakharany, 25, a medical student and a human rights activist for
Euro-Med Monitor.

Al-Fakharany was arrested by the Egyptian security forces on August 25, 2013, while providing medical treatment to his friend Mohammed Salah Sultan, who was injured during the crackdown on participants in the Rabaa al-Adawiya sit-in. When Al-Fakharany and a group of his friends were in Sultan’s house, the security forces broke in and arrested all of them without showing a warrant or detention order. He was forcibly detained for 48 hours without an opportunity to contact his family or legal representation, and fabricated charges were brought against him a few days later. Al-Fakharany then was interrogated for 150 days about his journalism and work related to human rights, during which he was subjected to inhumane and abusive treatment.

“Al-Fakharany is experiencing harsh circumstances in prison and is prevented from receiving any communication or assistance from his family,” says Ihsan Adel,
Euro-Med Monitor legal adviser.

The charges filed against Al-Fakharany include disturbing the public peace by spreading lies and rumors against the state of Egypt. When the accusations could not be proven, other suspects, including Muslim Brotherhood officials, were added to his case (No. 317-State Security) and three additional charges were added: membership in the Muslim Brotherhood, vandalism, and participation in a criminal conspiracy to overthrow the government and detain the president - all of which he vehemently denied even under torture. (The Supreme Constitutional Court of Egypt previously ruled that the charge of criminal conspiracy is “unconstitutional” if the crime has not actually been committed, except for state security charges. However, the court hearing for Al-Fakharany ignored this decision.)

According to the Egyptian Code of Criminal Procedure and its amendments, preventive arrest must not exceed 18 months (except in death penalty cases, which does not apply to Al-Fakharany, even assuming that the charges against him were proven). He completed 18 months of detention on February 25, making further imprisonment illegal.

Al-Fakharany’s lawyer appealed to the court, indicating that the permissible period of Al-Fakharany’s preventive arrest had already expired, but the appeal was ignored; in fact, the procedures were accelerated and his case was closed in preparation for the sentencing hearing on April 11. Likewise, the court ignored the attorney’s complaint about Al-Fakharany’s cruel treatment during investigation.

The International Covenant on Civil and Political Rights (ICCPR) strictly prohibits arbitrary detention, stating that, “No one shall be deprived of his liberty except on such grounds and in accordance with such procedure as are established by law.” It further says that all persons detained deserve to have the legality of their detention reviewed by a court, which should order their release if the detention is ruled unlawful.

Meanwhile, the court appointed a “technical committee” affiliated with Egyptian Television to review photos and videos that the prosecutor claims Al-Fakharany and his colleagues faked. After examining the materials, the committee issued a report finding that all the photos and videos were real. The only evidence used by the court to justify the charges against the suspects are the minutes of the investigation written by state security officers themselves.

In addition, there are credible doubts that the judge, Nagy Shehata, can be neutral or objective, since he declared during the hearings that he believed the suspects are guilty even before the arguments ended. Likewise, he declared on public TV several times that he is against the Muslim Brotherhood, and has sentenced hundreds of them to death during the past few months. Lawyers demanded to exclude him for lack of neutrality, but the court refused.

In light of the extremely harsh and unprecedented sentences now being handed down in Egypt - particularly the mass death-sentence rulings and long prison terms imposed on journalists and human rights defendants (strongly criticized by the UN Secretary General, the EU and the majority of free countries around the world),
Euro-Med Monitor for Rights expresses its alarm and grave concerns about Al-Fahkarany, fearing that he may suffer the same fate. Euro-Mid therefore urges you to: