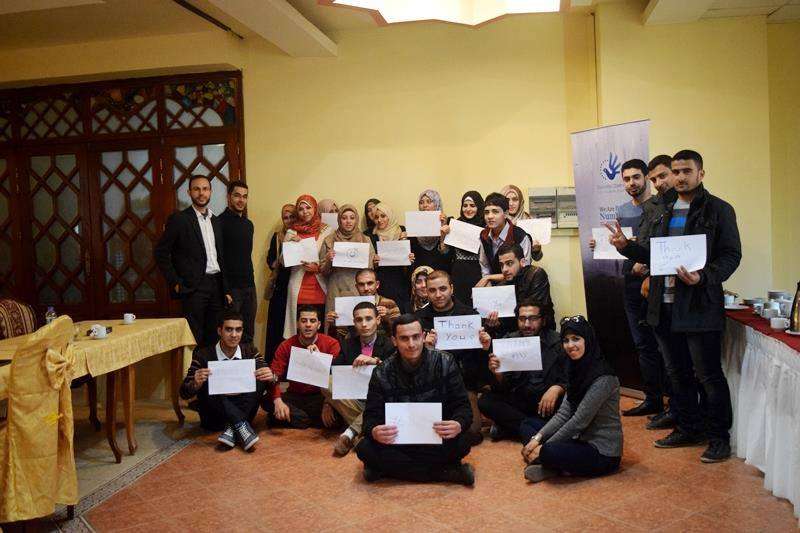 Euro-Mediterranean Human Rights Monitor has successfully completed the first phase of one of its biggest projects for 2015: We Are Not Numbers. This project, which was launched in February, is designed to achieve two goals: 1) Develop the skills of young Palestinians to communicate effectively in English to a Western audience, and 2) Share the human stories behind the political numbers too often used to characterize Gaza and Palestinians living elsewhere.  The ultimate goal is change Western perceptions of Palestinians, by elevating the voice of the next generation.

In the first phase of the project, we:

•    Recruited and trained 27 developing English writers in Gaza in the basics of personal narrative writing, preparing them to work with their mentors.
•    Established a “training camp” for 14 youths who need more work on their basic English before they are assigned professional writing mentors.
•    Raised $7,500 through crowdfunding to apply to the cost of the program’s operation.
•    Created a Facebook page, Twitter account and website (the latter close to being launched).
•    Hosted guest talks by three mentors, Alice Rothchild, Alice Su and Atef Abu Saif.

In the next phase of the project (through December):

•    Each of the Not Numbers writers will be assigned her own mentor, changing every three months. The writers are expected to contribute one article/story per month, plus at least two visuals, for the website.
•    The writers will continue to meet once a month for developmental workshops and guest speakers.
•    At least three sources of grant funding will be sought.
•    A partner organization will be identified in Lebanon, to involve a group of Palestinian refugee writers in that country.