Srangled: Gaza collapsing in the grip of a humanitarian crisis 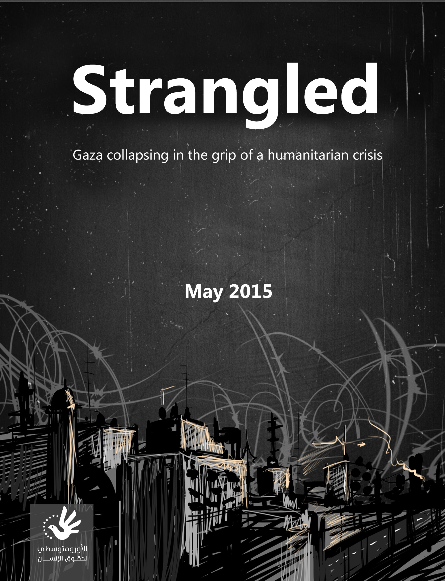 Israel has a long history of isolating the Gaza Strip, with many closures since the 1990s. However, the blockade imposed in 2006 is an unprecedented form of collective punishment in its severity and length. In September 2007, Israel declared Gaza a “hostile entity” and ruled that, “Additional sanctions will be placed on the Hamas regime in order to restrict the passage of various goods to the Gaza Strip and reduce the supply of fuel and electricity. Restrictions will also be placed on the movement of people to and from the Gaza Strip.”

Under international humanitarian law, Israel remains an occupying power despite its removal of 8,000 “settlers” from the Gaza Strip in 2005. Israel continues to control entry and exit into Gaza from its territory, as well as the Strip’s airspace and sea. Likewise, it controls Gaza’s population registry, telecommunication networks and many other aspects of its daily life and infrastructure—making it nearly impossible for residents to support themselves and build a productive future. Israel thus is violating the absolute prohibition on collective punishment in international humanitarian law, penalizing the entire population of Gaza for the acts of a few.

In addition, since 2008, the state of Israel has launched three military offensives against the Gaza Strip, devastating its already-fragile infrastructure and exacerbating the humanitarian crisis created by a strangling blockade imposed for nine years.