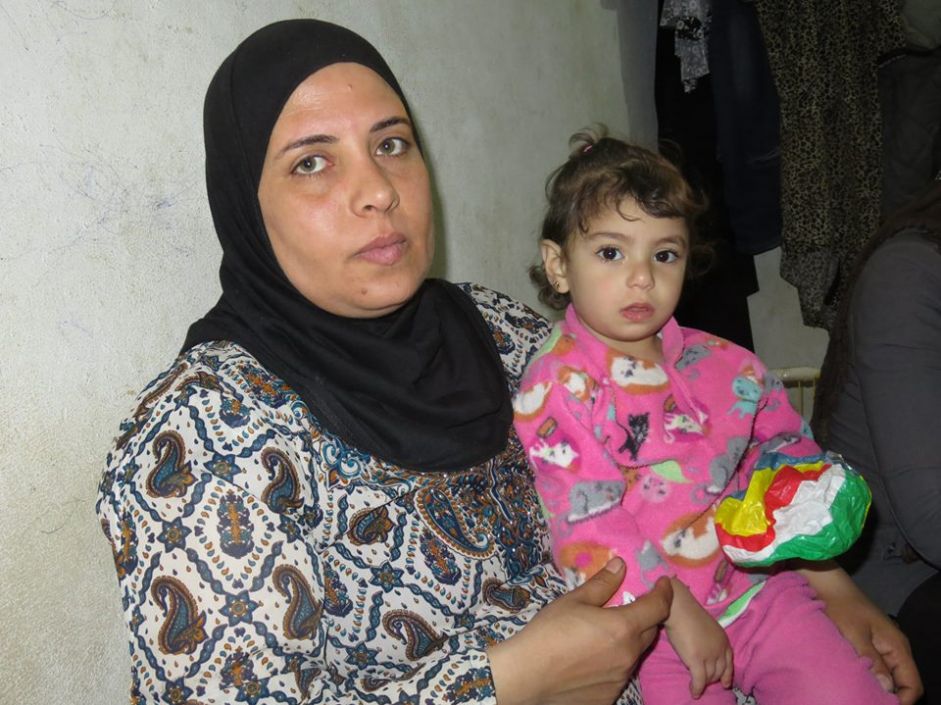 Discrimination rife against Palestinians made refugees twice over

Of the nearly 1.2 million Syrians who have fled to Lebanon seeking safety from the civil war, approximately 37,000 are Palestinians who had found their way to the country's 12 refugee camps.

While Lebanon has tried to stem the flow of all Syrians in the wake of the massive influx, Palestinians are doubly unwelcome. Oppressive conditions in Lebanon are fuelling unrest in the larger camps - described recently as "powder kegs" just waiting to blow.

Raja Sadiah Miriana recalls that she and her husband, a tiler who made what she considered "a good living", moved to Yarmouk Palestinian refugee camp near Damascus from another part of the city because they thought life would be safer there.

Living conditions were known to be relatively good, and the camp was home to a large number of professionals - from physicians to engineers.

However, as the civil war raged, roving militias were looking for men to press-gang into recruitment, and her husband soon escaped to Lebanon. He joined several family members and found work. When he could, he would visit Miriana and their three sons.

"But then my oldest son turned 20 and was drafted into the Syrian army," Miriana explained. "We didn't want to risk him dying, so my husband came back to try and get him out. I never saw my husband again. Six months later we learnt the army had arrested and killed him."

Pregnant with their fourth child, Miriana decided she had no choice but to flee to Lebanon with her 19 and 15 year-old sons.

Her in-laws helped her make the journey, and her daughter was safely born in Lebanon's densely packed Shatila refugee camp. She now lives there with 9,000 other Palestinian refugees, as well as Lebanese and refugees from countries such as Iraq.

That was nearly two years ago. But life has not got much easier for Miriana. Her daughter has been diagnosed with thalassemia, a blood disorder requiring medicine costing $100 a month.

With a monthly rent of $220, she is struggling to get by on the irregular hard labour her oldest son manages to find, and the $80 a month her younger boy earns selling coffee.

It has been more than a month since she has been able to phone the son she left behind, who is still training with the army. She is afraid to leave the infamous Shatila camp, in case she is deported.

"I am constantly worrying," she says, tears welling in her eyes.

This is the life of Palestinian refugees from Yarmouk camp. It was once the largest in Syria, but is now just a shadow of its former self. A total of 90 percent of its residents have fled because of the Syrian civil war that has killed more than 220,000 people.

Initially, Lebanon opened its doors to those fleeing the conflict except, however, for the Palestinians. They were met from the beginning with ambivalence at best and, more commonly, open and outright hostility.

In May 2014, Lebanese authorities issued new rules that effectively closed the border to Palestinians from Syria. Legal entry is only granted to individuals who can produce tickets showing they are en route to a third country, or who already have a residency visa or an entry permit from Lebanese General Security.

"Some already residing in Lebanon are not being allowed to renew their temporary residency visas."

Palestinians have a long and fraught history in Lebanon.

More than 300,000 refugees, mostly from the 1948 Nakba and their descendants, currently live in the country - but are not allowed to own property, are banned from working in some professions, and are prohibited from accessing Lebanese public schools or the national health system.

Many blame the Palestinians for exacerbating the country's civil war in the 1980s, and others fear integrating them into Lebanese society would disrupt the country's delicate sectarian power balance. Palestinians have lived in this twilight limbo for 67 years. No wonder they call themselves the "forgotten people".

"Palestinians in Lebanon have only one right - the right of residence," says Suheil El-Natour, executive manager of the al-Hamaei Human Rights Center in Beirut and one of the first Palestinian refugees to arrive in the country.

"This is because the Lebanese government has no alternative."

The largest refugee camp in Lebanon is Ain el-Helweh, home to more than 100,000 people, mostly Palestinians, in an area smaller than a square kilometre.

Because of an agreement struck by the late Palestinian leader Yasser Arafat, Lebanese security forces do not enter the camp. They are only allowed to stand at the entrance, checking vehicles and identities at armed checkpoints.

"We have 17 factions in here, and everyone has a gun," Fatah commander Munir Al-Maqdah told the English-language Lebanese newspaper The Daily Star.

Tensions have flared in recent months, with cuts in aid from non-governmental organisations and an influx of 15,000 refugees from Syria.

Late last month, Marwan Issa, a member of the Hizbollah-backed Resistance Brigades, was found dead in Ain al-Hilweh. He was reportedly there to complete an arms deal with Khaled Kaawash, a Palestinian refugee, and Rabih Serhal, a Syrian.

The two men have been turned over to Lebanese authorities, but two others are suspected of involvement. In response, the factions in the camp have set up a joint security force, led by Maqdah.

"But they cannot force all of the bad elements out, because they have good relations with the locals," observes Abdallah Barake, who heads Beit Atfal al-Sumud, an NGO in the Nahr el-Barad camp in the north.

Nahr el-Barad was once infiltrated by extremists as well. In 2007, the Lebanese army "destroyed 6,000 homes to kill just 170 people", he recalls. Eight years later, only one-third of the camp has been reconstructed, with many residents living in squalid temporary trailers.

"If we could live as Lebanese with basic civil rights, there would be no support for extremist groups," says Barake. "Sometimes it seems like I should be happy I can still breathe oxygen in Lebanon."