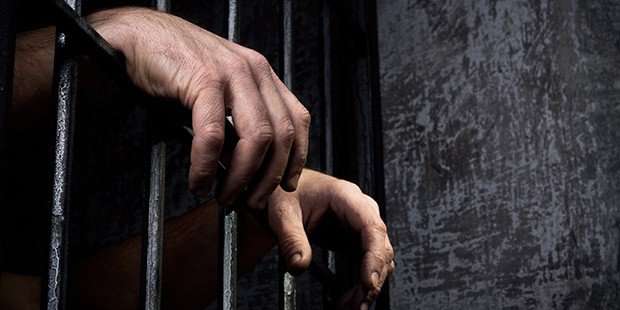 On June 1, Esraa el-Taweel, a 23-year-old arts student at Cairo University, left with two friends, Sohaib Saad and Omar Mohamed, for a stroll around the city.

Friends and family say they have not seen or heard from them since. On June 16, reports of Esraa's detention at Egypt's Qanater prison for women surfaced on social media.

"The girl who saw her [at Qanater prison] called me and told me Esraa was wearing a black headscarf and a multi-coloured top, which was very close to what Esraa was wearing the night she disappeared. She wasn't wearing white," said Duaa el-Taweel, Esraa's sister. Detainees awaiting official investigation in Egypt are required to wear white uniforms.

On Wednesday, Esraa's sister wrote a Facebook post saying that police had come to the house to deliver an official notice stating that Esraa was in police custody.

Esraa and her two friends are among a long list of young men and women who have gone missing in Egypt in recent weeks.

A report released by Freedom for the Brave, a campaign following the status of Egypt's detainees, compiled a list of 163 names of individuals who have been reported missing between April and the first week of June. At least two of the people on the list have since been found dead, according to the campaign.

"We discovered that there has been a long period of forced disappearance instances. People were disappearing without any warrants or without their families knowing where they were," campaign member Khalid Abdel Hamid told Al Jazeera.

Reports of forced disappearances do not only include political activists; non-activists have also gone missing. According to family members, Esraa had not participated in any protests since she suffered a bullet injury to her spine in January 2014; she now uses crutches for walking. Her sister confirmed that Esraa does not belong to any political organisations.

The reports on Egypt's disappeared come on the heels of growing criticism of the country's human rights record over the past year.

Last week, Sisi apologised to Egyptians for any abuses they might have faced during his first year in office. "I am accountable for anything that happens to an Egyptian citizen," Sisi said.

On June 9, the National Council for Human Rights (NCHR), a government-run entity,received 50 complaints over disappearance cases during a listening session held for the families of the missing. The NCHR pledged to inform the prosecutor general and the interior ministry.

Negad el-Borai, an Egyptian lawyer and a former member of the NCHR who resigned last year, told Al Jazeera that the Egyptian government "doesn't care about responding" to any reports of human rights violations. "Whether the government issues a response or not, the reports exist. Not responding to them means that they are true," Borai said.

Article 54 of the Egyptian Constitution states that "it is not permissible" to arrest or detain individuals without a judicial order. The article further states that those detained "shall be immediately enabled to contact his/her relatives and lawyer; and shall be brought before the investigation authority within 24 hours as of the time of restricting his/her freedom".

But just last month, Islam Atitu, a student at Ain Shams University, was reportedly escorted out of his exam hall by two men. The next day, his body was found on a desert road in Egypt.

"Islam's friends witnessed his arrest and they've approached their dean, asking him to ensure that the security video is attached to Islam's investigation file," said Ezzat Ghoneim, head of the Egyptian Coordination for Rights and Freedoms (ECRF), a local NGO. "But the tapes have disappeared since."

He says that not every organisation will get the same results, as they each rely "on the number of people they have working on the ground".

In April and May of this year, the ECRF reports that there have been at least 621 disappearances - almost quadruple the figure provided by Freedom for the Brave.

In a statement to Al Jazeera, Human Rights Watch said the findings of each organisation will "vary according to the methodology used".

"There's little value in describing cases that disappeared for a few days, rather than weeks or months, as enforced disappearance cases even if they were held in unknown places," HRW stated.

Those missing for more than 48 hours and who have not appeared before an Egyptian prosecutor, are included on the ECRF's "forced disappearance" list.

The ECRF then checks for updates with the families at the start of each month. "There are no doubts. The situation is clear and apparent. Every person who has disappeared was arrested by a police authority. They were either arrested from their workplaces, their homes, or outside of their homes," Ghoneim said.

The ECRF has previously filed a case in Egypt's Administrative Court "to force" the presidency and interior ministry to officially respond. There has still been no official response.

"It's as if this issue exists in another country," Ghoneim said.