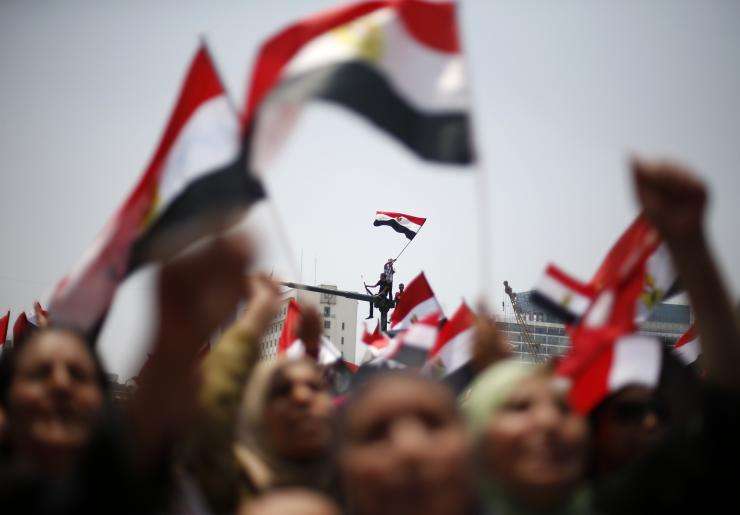 Egyptian Syndicate of Journalists has renewed its opposition to the terror act, which was prepared by the current government, because it poses dangers on press freedom in Egypt, alamatonline.net reported on Friday.

The bill, which was prepared by the government and pending approval by President Abdul-Fatah Al-Sisi, includes provisions that stipulate arresting any journalist who publishes information that contradicts official remarks and statements.

After a meeting with the Egyptian PM, the justice minister, editors of several national and partisan newspaper and senior writers, the Council of the Syndicate said that it insists upon the cancellation of Article 33 of the bill, in addition to four other articles, due to the texts contradicting Article 71 of the Constitution.

Article 71 of the Constitution prevents the arrest of journalists based on publishing issues, while Article 33 in the terror act imposes at least two years on any journalist publishing news or information differing from official statements and remarks.

In a statement, the Council of the Syndicate called for implementing Article 77 of the Constitution, which stipulates consulting the Syndicate and the Higher Council of Journalists when new bills related to media are proposed.