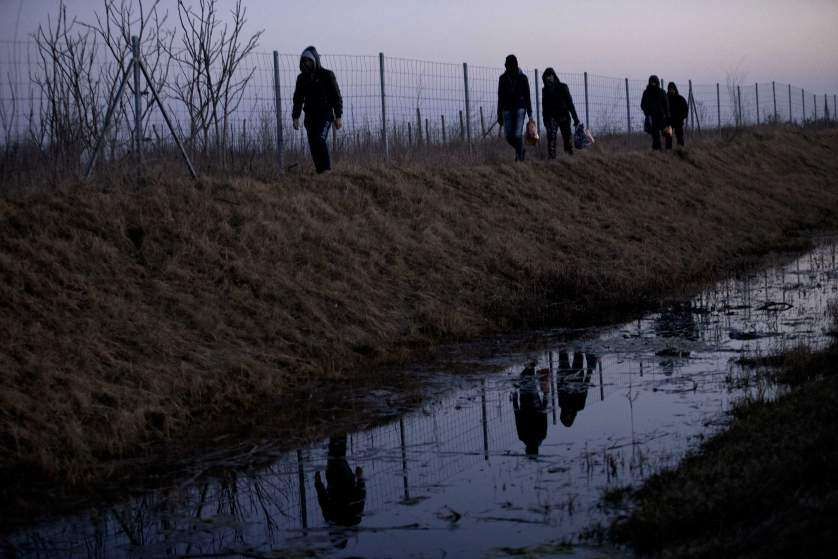 As many as 3,000 refugees, largely from war-torn Syria, will arrive in the small Balkan nation of Macedonia every day in the coming months on a northbound journey deeper into Europe, the UNHCR says.

“They are coming in large groups of 300 to 400 people and then traveling onwards by train or bus to Serbia,” UNHCR spokeswoman Melissa Fleming said during a press conference, Reuters reports.

Fleming said that the migrants are largely spurred by overcrowded conditions in refugee camps in the Middle East. “People are leaving Turkey, they are leaving Jordan, they are leaving Lebanon and Syrians are fleeing directly out of Syria as the situation continues to be very dire.”

The scale of the migration is already at record-breaking levels, with over 107,500 arriving in Europe in July alone. The numbers for this year so far, at around 340,000, are peaking well above the total number that arrived in Europe last year. Already, at least 2,373 people have died trying to make the precarious cross over the Mediterranean Sea, the International Organization of Migration told Reuters.

The sheer scale of the influx has proved difficult to manage for local authorities. Riots have broken out on the Greek island of Kos and in Macedonia, with Macedonian police firing off tear gas to control crowds.

European officials are hopeful that numbers will be managed effectively in the coming months, as the flow of migrants shows no sign of stopping. A spike in resources and a greater willingness from countries in the European Union to accept more refugees will help mitigate the crisis, Fleming said, according to Reuters.