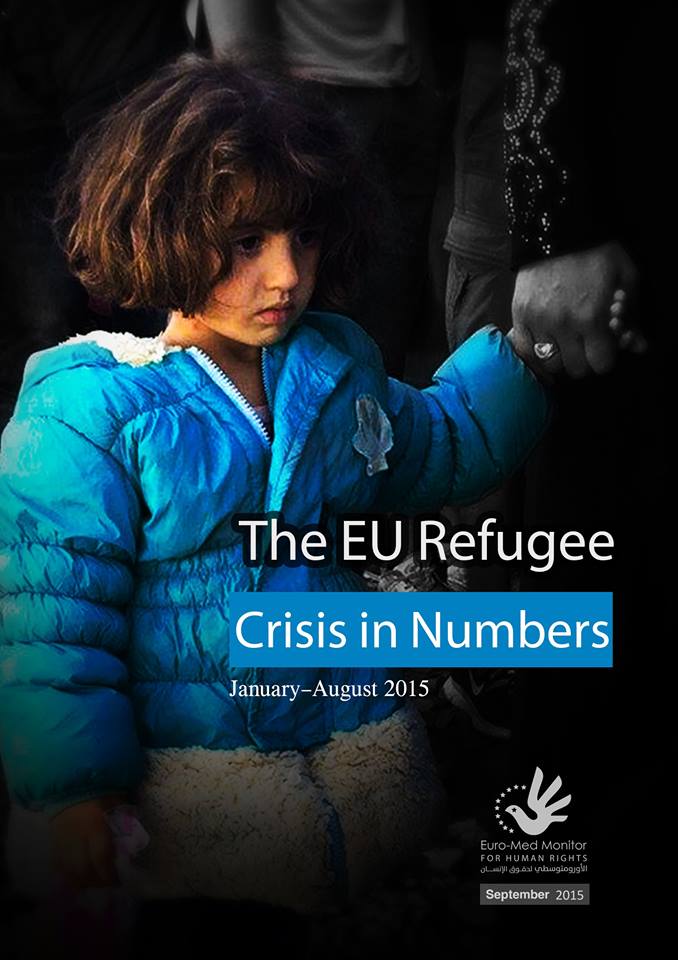 The influx of refugees and migrants attempting to enter the EU has recently reached an unprecedented level. July and August of 2015 marked the climax of this crisis, with surging numbers taking to the sea in particular in their quest for a better life.

In this report, Euro-Med Monitor highlights the most critical statistics that tell this story through August of 2015. We report the number of individuals who made it to European soil, the countries through which they entered and the tally of those drowned or otherwise lost while they tried to reach what they believed would be safe refuge.

These numbers constitute an urgent call to the member countries of the European Union to work together to end the shocking neglect and mistreatment of these desperate souls. European countries must collaborate to establish a fair mechanism to determine and assign proportional numbers of refugees for resettlement in each country.

Europe now has sufficient evidence that closing the borders and building walls will not stop those who are desperate for safety and a sustainable life for their families. This evidence must inspire European bodies to begin facilitating asylum seekers' immigration before they reach EU shores on death boats.