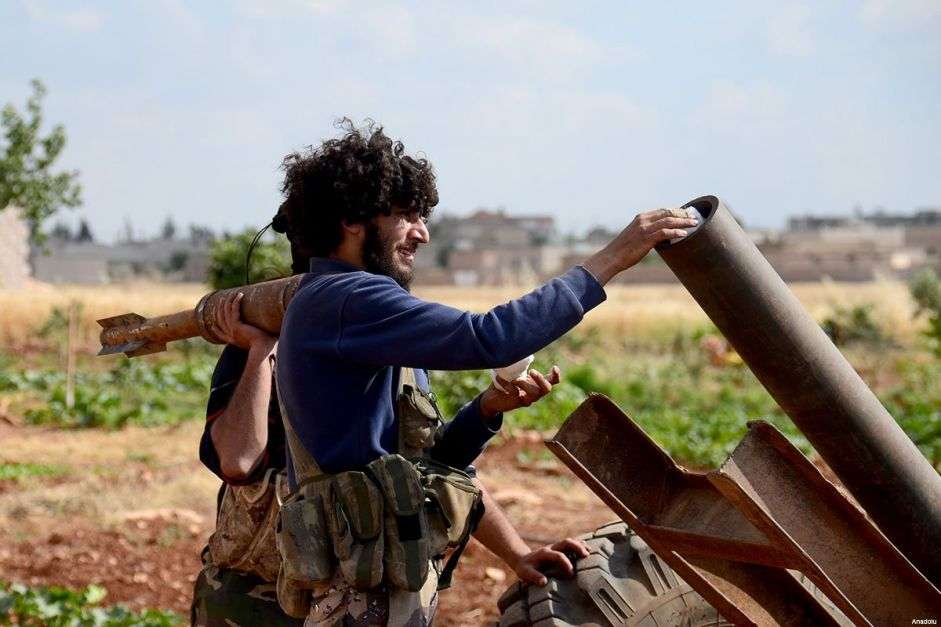 Many families in the countryside of Syria’s northwestern Idlib province have resorted to digging caves as a means of seeking shelter from intense Russian airstrikes in the area.

Digging caves has become a familiar practice in the region -- one which both provides security from potential airstrikes and which serves as an alternative to displacement.

For the last month, Russia has carried out numerous airstrikes in Syria, which, Moscow insists, have mainly targeted the Daesh militant group.

Western powers, however, say Syrian civilians -- along with moderate opposition forces fighting the regime in Damascus -- are bearing the brunt of the Russian strikes.

Many families in and around Idlib now spend most of the day inside caves they have dug, seldom daring to emerge unless they are sure there are no Russian warplanes in the area.

Most such caves are quite primitive in nature. One seen by an Anadolu Agencycorrespondent in Idlib’s countryside lacked both electricity and water.

According to the UN’s humanitarian affairs agency, at least 120,000 people were forced to flee their homes in the Aleppo, Hama and Idlib provinces between Oct. 5 and 22 alone.

One cave habitant, Abo Mohamed al-Idlibi, told Anadolu Agency that he and his family had resorted to cave-dwelling due to the intensity of recent Russian airstrikes in the area.

“It’s hard to keep the cave well-lit and stocked with household goods because it is so narrow,” al-Idlibi said.

Many Syrians who do not own land on which to dig caves, he added, had been forced to seek safety in refugee camps.

Syria’s civil war has claimed more than 250,000 lives since it began in 2011, according to UN figures, and has made the country the world's single-largest source of refugees.

Over the course of the last four years, some 3.9 million Syrians have become refugees and at least 7.6 million have been internally displaced, according to the world body.

Neighboring Turkey is now the largest refugee-hosting country in the world, with more than two million Syrian refugees currently on its territory.