We've done it all by working together 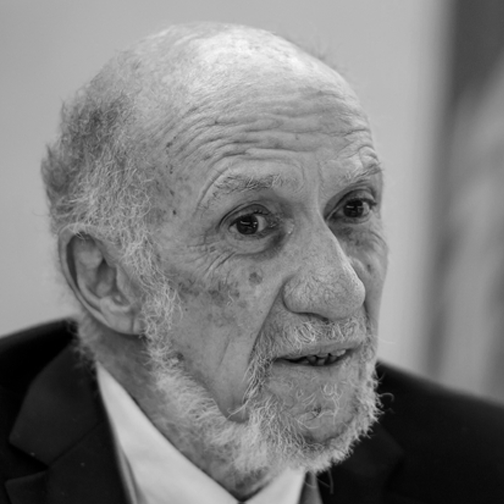 Richard Anderson Falk is Albert G. Milbank Professor Emeritus of International Law at Princeton University and research fellow, Orfalea Centre of Global and International Studies, University of California at Santa Barbara. Falk is a renowned international law and international relations scholar who completed a six-year term as UN Special Rapporteur on Human Rights in Occupied Palestine. He is the author or coauthor of over 20 books, plus countless edited volumes and articles on the subjects of human rights, international law, and global institutions. His recent book Include (Re) Imagining Humane Global Governance (2014) proposes a value-oriented assessment of world order and future trends and Palestine: The Legitimacy of Hope (2015) that considers Palestinian resistance and prospects. Falk has also chaired or served on the board of numerous organizations including the Nuclear Age Peace Foundation based in Santa Barbara. Falk also acted as counsel to Ethiopia and Liberia in the Southwest Africa Cases before the International Court of Justice. He currently directs the "Global Climate Change, Human Security, and Democracy" project at the Orfalea Center of Global Studies at the University of California, Santa Barbara, and also is senior adviser to the “Pomeas Project on Politics in the Middle East after the Arab Spring," at the Istanbul Policy Center, Sabanci University. 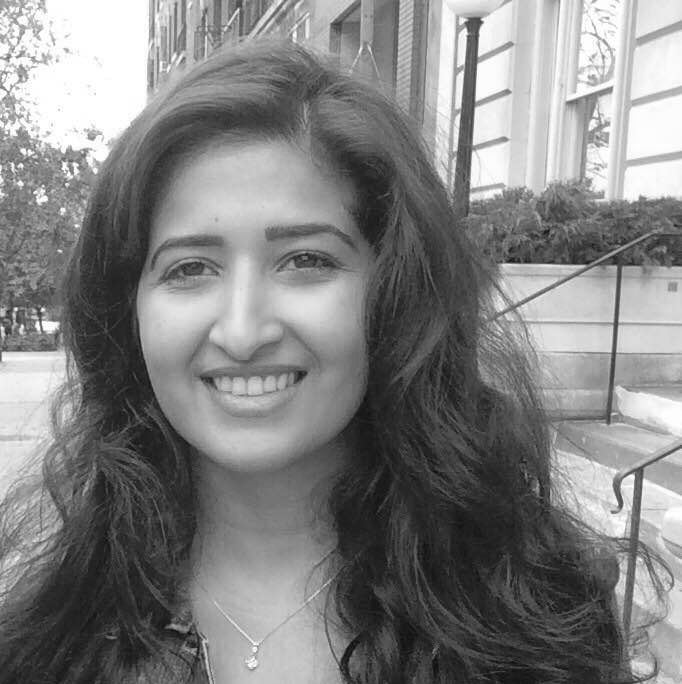 Hanine Hassan is a scholar and a human rights researcher. She is an activist and a writer, with a specialization in refugee policies. She has more than 15 years of experience in humanitarian work. Her work has appeared on several online outlets.
Hanine received her Ph.D. from Columbia University where her dissertation was nominated for the Salo and Jeanette Baron Dissertation Award. 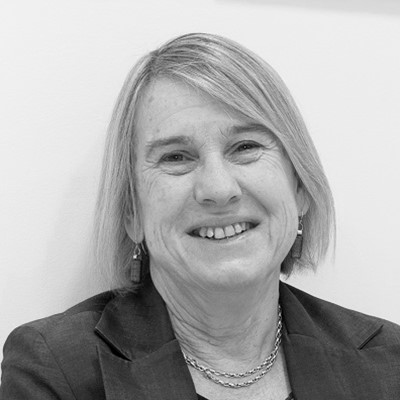 Christine Chinkin, is Emerita Professor of International Law, Professorial Research Fellow and Founding Director of the Centre of Women Peace & Security at LSE.

She is a barrister, a member of Matrix Chambers. Together with H. Charlesworth, she won the American Society of International Law’s 2005 Goler T. Butcher Medal 'for outstanding contributions to the development or effective realization of international human rights law'.

She is a William C Cook Global Law Professor at the University of Michigan Law School. She has held visiting appouintments in Australia, the United States, Singapore and the People’s Republic of China. She was a member of the four-person United Nations Fact Finding Mission on the Gaza Conflict created by the United Nations Human Rights Council in 2009.

She is currently a member of the United Nations' Kosovo Human Rights Advisory Panel and was Scientific Advisor to the Council of Europe’s Committee for the drafting of the Convention on Preventing and Combatting Violence against Women and Domestic Violence. 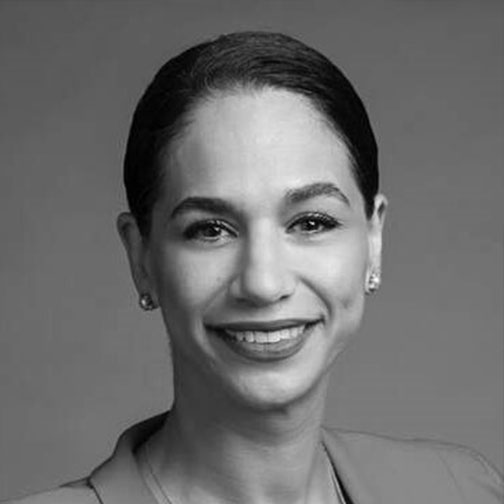 Noura Erakat is a Palestinian American legal scholar, and human rights attorney. She is an activist and writer, as well as a specialist in national security. Noura is a Co-Founding Editor of Jadaliyya, an electronic magazine on the Middle East that combines scholarly expertise and local knowledge.


She received her J.D. from UC Berkeley School of Law in 2005 and was awarded the Francine Diaz Memorial Scholarship Award in the same year. Finally, she completed her L.L.M at Georgetown University Law Center in 2012. Erakat has "served as legal counsel to the House of Representatives Oversight Committee" and has previously taught at Georgetown University.


From 2012-2014, she was a Freedman Fellow with Temple University Beasley School of Law. She currently serves on the board of the Institute for Policy Studies, is a member of the Board of Directors for the Trans-Arab Research Institute, and is a policy advisor with Al-Shabaka: The Palestinian Policy Network.


Erakat teaches international studies, and human rights at George Mason University at Fairfax, Virginia. Her latest publication is 'Justice for Some: Law and the Question of Palestine' in 2019. 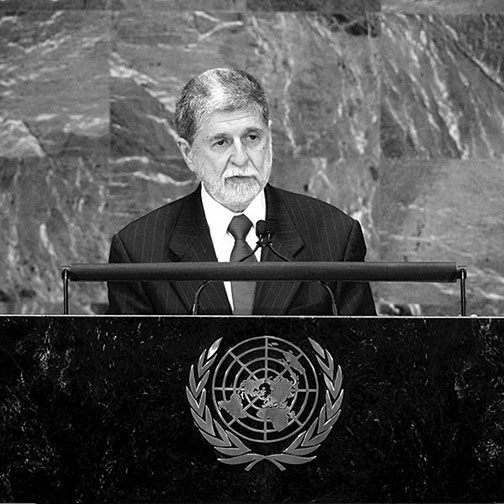 Celso Amorim is a graduate of the Rio Branco Institute, the Brazilian diplomatic academy, and has done post-graduate studies at the Diplomatic Academy of Vienna and the London School of Economics and Political Science.


In addition to his longstanding diplomatic career, Amorim remains active in academic life and has written a number of books and articles on matters ranging from foreign policy to culture. His latest work 'Acting Globally: Memoirs of Brazil’s Assertive Foreign Policy' was published in 2017. In recognition of his dedication to international public service, Amorim has received several national and foreign awards including the Star of Jerusalem by the Palestinian National Authority. He was designated by Foreign Policy Magazine in 2009 as “the world’s best foreign minister”. In 2010 the same publication placed him as one of the Top Global Thinkers in 2010, ranked as number six. 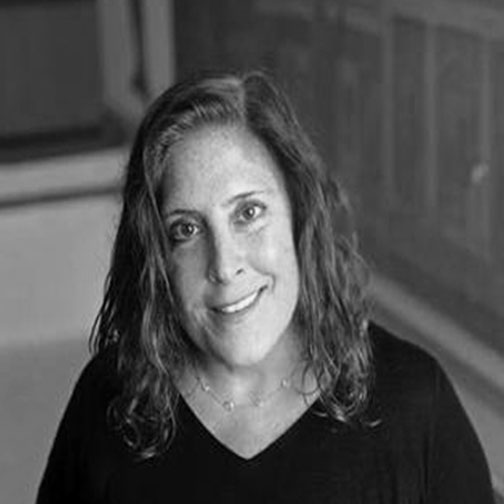 Member
Lisa Hajjar is a professor of sociology at the University of California – Santa Barbara, whose works focus of issues such as law and conflict, military courts and occupations, humanQ rights and international law, and torture and targeted killing, with courtesy appointments in Global and International Studies, and Middle East Studies. She has an MA in Arab Studies with a concentration in International Affairs from Georgetown University (1986) and a PhD in Sociology from The American University (1995). She held a distinguished visiting appointment as the Edward Said Chair of American Studies at the American University of Beirut in 2014 – 2015, and served as the director of the Alwaleed Center for American Studies and Research (CASAR) at AUB in 2015 – 2016. Hajjar published some books including Courting Conflict: The Israeli Military Court System in the West Bank and Gaza (University of California Press, 2005) and Torture: A Sociology of Violence and Human Rights (Routledge 2013). 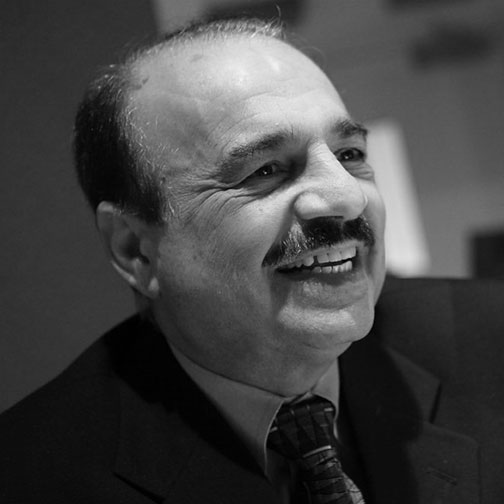 Tareq Y. Ismael is Professor of Political Science at the University of Calgary, Canada and President of the International Centre for Contemporary Middle East Studies at Eastern Mediterranean University. He has been author, co-author or editor of over 25 works on the Middle East, Iraq and international studies. His most recent publications include Iraq in the Twenty-First Century: Regime Change and the Making of a Failed State (2015) with Jacqueline S. Ismael, Government and Politics of the Contemporary Middle East: Continuity and Change Second Edition (2015) with Jacqueline S. Ismael and Glenn E. Perry and The Rise and Fall of the Communist Party of Iraq (2012). 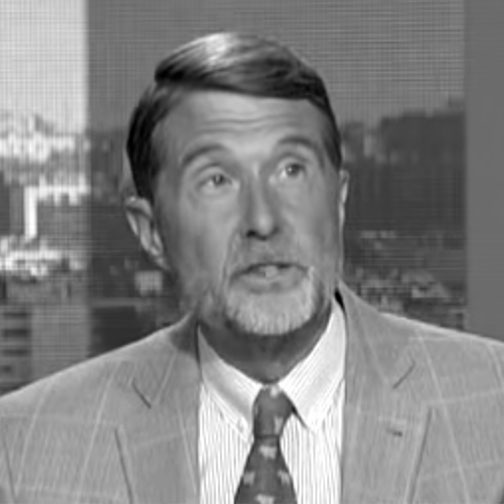 John V. Whitbeck is an American-born, Paris-based international lawyer who has been actively involved in the pursuit of peace with some measure of justice in Israel/Palestine and who has advised the Palestinian negotiating team in negotiations with Israel. Between 1988 and 2000, both his “Two-States, One Holy Land” framework for peace and his “Condominium Solution” for sharing Jerusalem were published more than 40 times and in six different languages, and, in 1993, his framework for peace was the subject of a three-day conference in Cairo, attended by 24 prominent Israelis and Palestinians, including four Knesset members, under the sponsorship of The Middle East Institute (Washington). While the “peace process” was still active and hopeful, he travelled frequently to Israel and Palestine and spoke at numerous conferences in America, Europe and the Middle East to try to promote his proposals for Middle East peace. His articles on behalf of Middle East peace and Palestinian rights have been published more than 850 times in more than 90 different Arab, Israeli and international newspapers, magazines, journals and books. 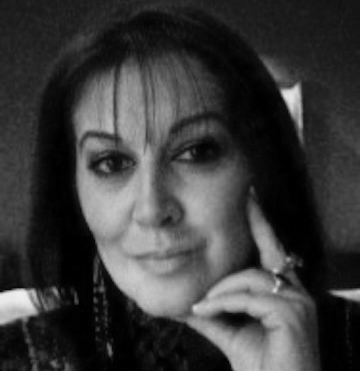 For over 20 years, Tanya has advised government officials, private companies and organizations around the world on a variety of intercultural policy issues pertaining to Middle Eastern-Western relations. She has testified in the US Congress, UK House of Lords, and multiple high-profile international court cases as an expert witness. Having studied Islamic History at Oxford University, and Diplomacy in International Relations at the University of Buckingham (MA with Distinction: Historiography of Arab Diplomacy), and Islamic Studies for her PhD under the supervision of the renowned Professor Ilan Pappé, she provides expertise in the intermingling of political history and anthropology, policy development, and diplomacy in the Middle East — with a specialty focus on Saudi Arabia and the Gulf States. She lived in Riyadh, Saudi Arabia for almost 10 years, and now lives back in her native UK.