The most blatant Israeli violations targeting the Palestinian presence in Jerusalem

The United Nations Security Council Resolution No. (2334) of December 2016, affirmed the illegality of the Israeli settlements in the occupied Palestinian territories (oPt), including East Jerusalem. The resolution demanded Israel, as an occupying Power, to immediately stop settlements and fully respect its obligations. Despite that, Israel continued - building settlements, displacing residents, arbitrarily arresting civilians, fining them, denying them permits to build, demolishing their homes, and removing them from the Al-Aqsa Mosque.
These Israeli practices escalated after former US President Donald Trump decided in December 2017 to move the US embassy to Jerusalem as the capital of the State of Israel. His decision gave the green light for Israel to maintain its violations against the Palestinians in Jerusalem.
The Israeli authorities also maintained their violations against the Palestinians in Jerusalem, despite the Coronavirus outbreak. In 2020, Israel escalated demolitions, confiscations, arrests and raids; and continued its attempts to displace Palestinians in Jerusalem and change the status quo in the Al-Aqsa Mosque.

Total arrest and detention cases in 2020

Demolitions of residential homes and structures in Jerusalem in 2020

The Israeli authorities arrest Palestinians in East Jerusalem on a daily basis. In 2020, Israel arrested 1,779 Palestinians. These arrests are mostly arbitrary or lack fair trials, legal procedures, or standards, and are often accompanied by raids of homes. Warrants are rarely shown during these raids, which is contrary to procedural rules in criminal laws.

The Israeli forces, accompanied by intelligence and police units, carry out continuous raids on Palestinian neighborhoods and homes in East Jerusalem. These usually take place at night or dawn, almost daily to arrest Jerusalemites.

These arrest campaigns do not differentiate between a young man, a woman, a child, or an elderly, nor do they differentiate between an ordinary person, a leader, or a religious symbol. The arrests are focused in Issawiya village, the Old City, Silwan town, Al-Aqsa Mosque squares and gates, and the other towns and neighborhoods of Jerusalem.

In 2020, the Israeli forces carried out more than 1,445 incursions and raids in the towns and neighborhoods of Jerusalem. The Israeli forces conducted 1,979 arrests against Palestinians, including 472 children and 100 women. Some of those arrested had been arrested many times before, as was the case with the teacher Hanadi Halawani. She has been subjected to many violations, including storming her house, arresting her, summoning her and removing her from the Al-Aqsa Mosque

There are also no laws or regulations in the Israeli military that allow the police to attack anyone this way for any reason since beating is not considered a legal punishment, but instead is a crime, regardless of its causes and motives. The Israeli occupation authorities are still, nonetheless, assaulting Palestinians in Jerusalem.

Torture, beating, and abuse are common violations the Israeli forces inflect upon Jerusalemites. During 2020 alone, at least 76 Jerusalemites, including children, were subjected to torture and beatings with batons, rifle butts, hands and feet during arrest operations. The Israeli forces systematically torture Palestinians in interrogation centers to extract confessions from them. Torture methods include suspension, sleep deprivation and psychological pressure.

Assaulting a girl and her brother in Jerusalem | May 2020

A video showing the Israeli forces assaulting young woman Aya Muheisen and her brother Ali on May 13, 2020, at the entrance of Issawiya town, northeast of Jerusalem

On Monday evening, January 11, 2020, the Israeli municipality of Jerusalem forced the two Jerusalemites, Sayel Ibrahim Jaabis and Sami Mansour Masharah, to self-demolish their homes under the pretext of building without a permit. Jerusalemites are forced to self-demolish their homes to avoid the exorbitant fees imposed by the Jerusalem municipality if homes are destroyed by itself. The demolition of the two houses caused the displacement of two families with eight members, including four children.

On the evening of Monday, August 10, 2020, Khaled Abu Ta'a self-demolished his home, an implementation of the Israeli Jerusalem Municipality’s decision that was based on the claim it was built without a permit. Abu Ta'a tried many times to license the house before and after construction, but the municipality had always refused under the pretext that the house was located in a "vital and important" area in Jerusalem.

On Tuesday morning, August 11, 2020, the Israeli Jerusalem municipality bulldozers demolished a two-story residential property on an area of 400 square meters, in addition to an adjacent apartment on an area of 120-meter squares, belonging to the Al-Tahan family, in Wadi Qaddum neighborhood of Silwan. The Municipality claimed the construction was not licensed. The apartments housed several families with a total of 25 members, most of them were children. 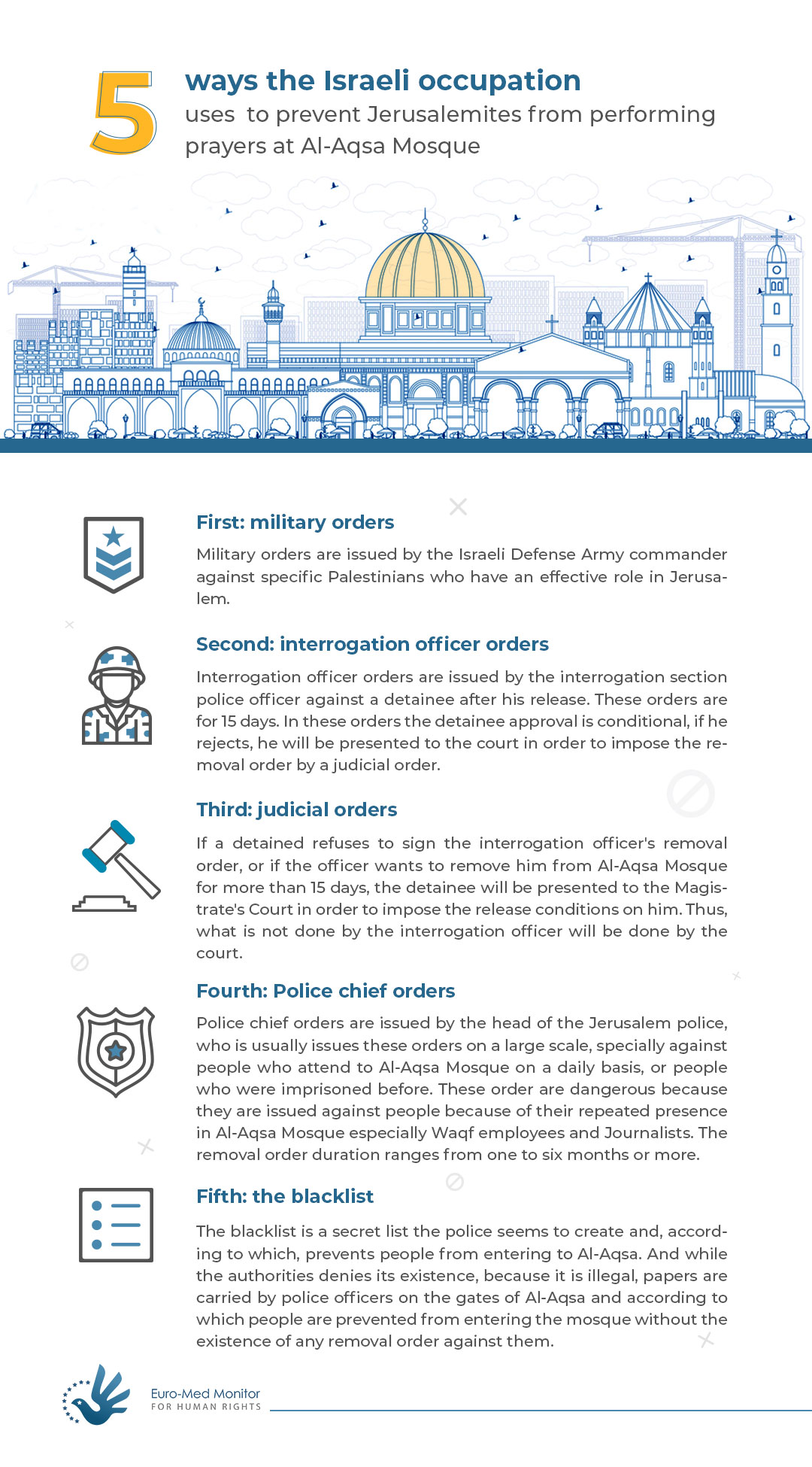 Colonization and Israelization of the Holy City

The Israeli occupation invests its governmental, security and judicial arms to impose a demographic change in the occupied city of Jerusalem by allowing settlers and their settlement groups to take control of the largest number of Palestinian properties in Jerusalem and creating a new Israeli character for the city. The Israeli authorities also expel Palestinians from the city as part of such an endeavor. One of the most dangerous measures taken by the occupation in this regard is taking advantage of the Israeli judicial system to issue orders regarding settlements and changing the original character of the city by giving a false legal appearance to their actions, manipulation of laws and provisions, and racial discrimination against Palestinians.

The closure of the Golden Gate chapel

An Israeli court in Jerusalem issued a decision on July 2, 2020, to re-close the Golden Gate chapel (part of the Al-Aqsa Mosque) after the Jerusalemites reopened it in February 2019, after 16 years of closure. This decision reflects the official Israeli policy to gradually change the policy of the status quo in the Al-Aqsa Mosque.

On July 9, 2020, the so-called Israeli “temple groups” placed a model of "Solomon's Temple” at the entrance to the Mughrabi Gate in the western wall of the Al-Aqsa Mosque, which is the door the Israeli authorities have designated for settlers and tourists’ incursions. These groups constantly provoke Muslims' feelings and their sanctities in the city protected by the Israeli authorities. 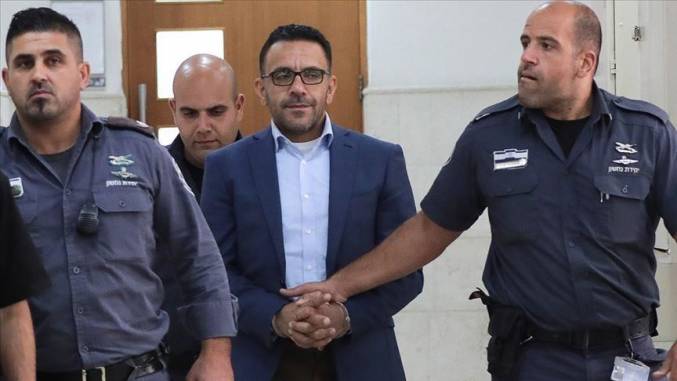 The Israeli authorities seek to suppress any Palestinian manifestations in Jerusalem and fighting their presence decisively, as they work to prevent the establishment of any event or popular or sovereign role for Palestinian institutions in the city including those sponsored by the Palestinian Authority. 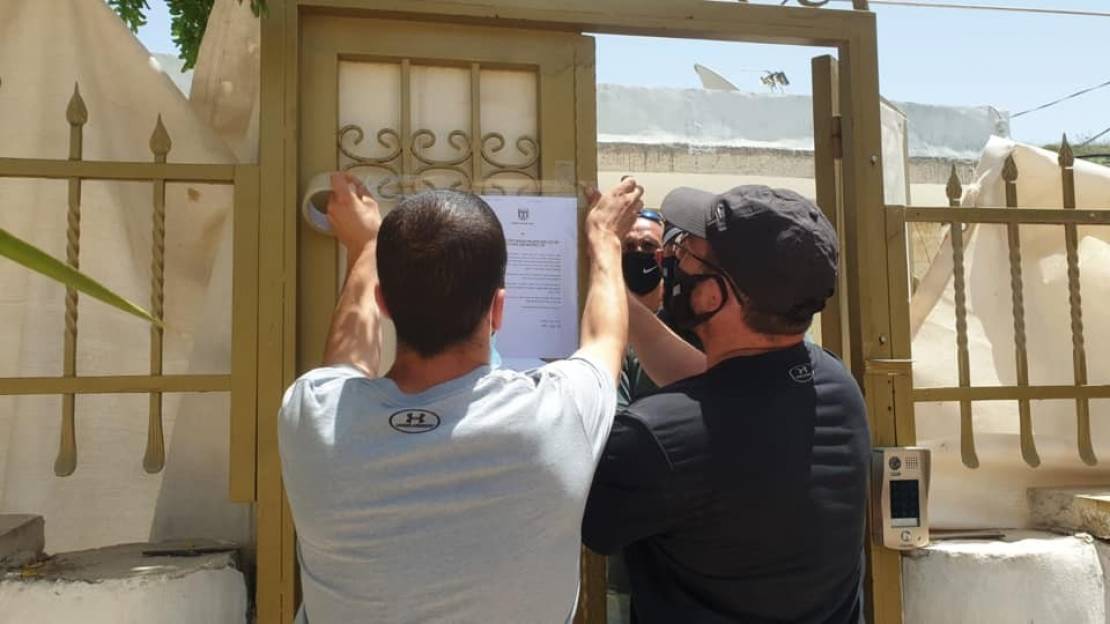 Closure of Palestinian entities and associations in Jerusalem

On May 18, 2020, the Israeli authorities closed the Volunteer for Hope association, a non-governmental organization providing services to people with disabilities and marginalized groups in Jerusalem. The Israeli authorities closed the association for six months and arrested its director for launching Palestinian Authority-sponsored activities.
On November 10, 2020, the Israeli Minister of Internal Security renewed the closure of the Palestine TV office and banned its activities in Jerusalem and Israel.