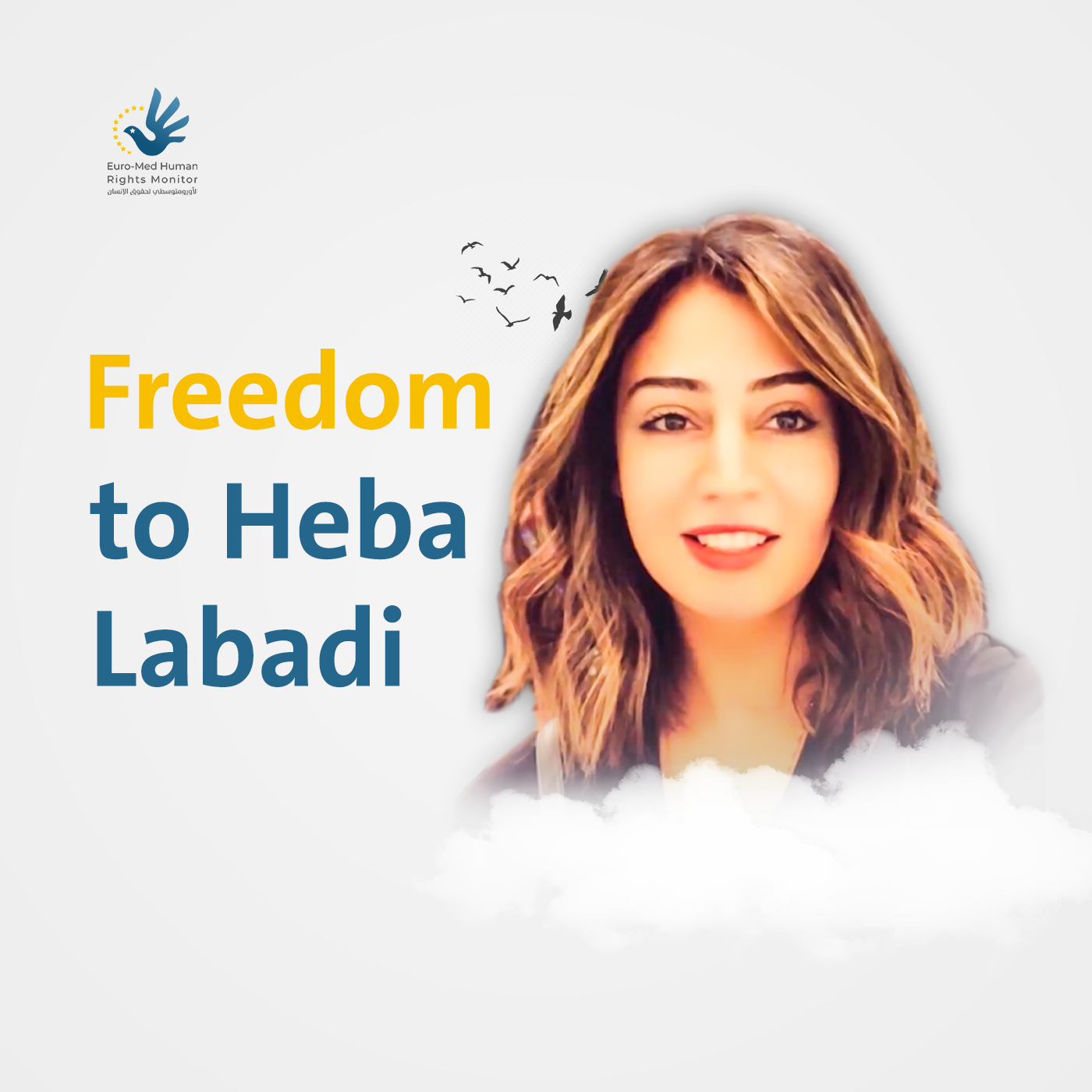 Geneva – The Euro-Mediterranean Human Rights Monitor welcomed the condemnation of the Working Group on Arbitrary Detention and UN experts of the Israeli authorities arrest of Jordanian citizen Heba al-Labadi, and their call for her urgent release and ending the policy of illegal administrative detention.

The Euro-Med has launched an advocacy campaign to release Jordanian detainees in Israeli prisons, Heba al-Labadi and Abudl Rahamn Mer’I, including sending urgent letters addressing the Working Group on Arbitrary Detention and members of the Israeli relations committee in the European Parliament urging them to take action to release the detainees.

The Euro-Med Monitor said in a statement that UN experts’ call to release al-Lebadi in an essential step to achieve justice and a clear sign to the Israeli authorities to stop their violations in the Palestinian Territories especially with regards to the policy of administrative detention where civilians are detained for prolonged periods without indictments, evidences or trails.

The UN’s concerned agencies and the EU Parliament should exert pressure on the Israeli authorities to unconditionally release the two Jordanians and bring them back home immediately, the Euro-Med Monitor noted.

The Euro-Med Monitor concluded that the Israeli authorities are using administrative detention against Palestinian and Arab detainees as a tool of punishment and intimidation without any legal pretext in light of international silence over Israeli violations.