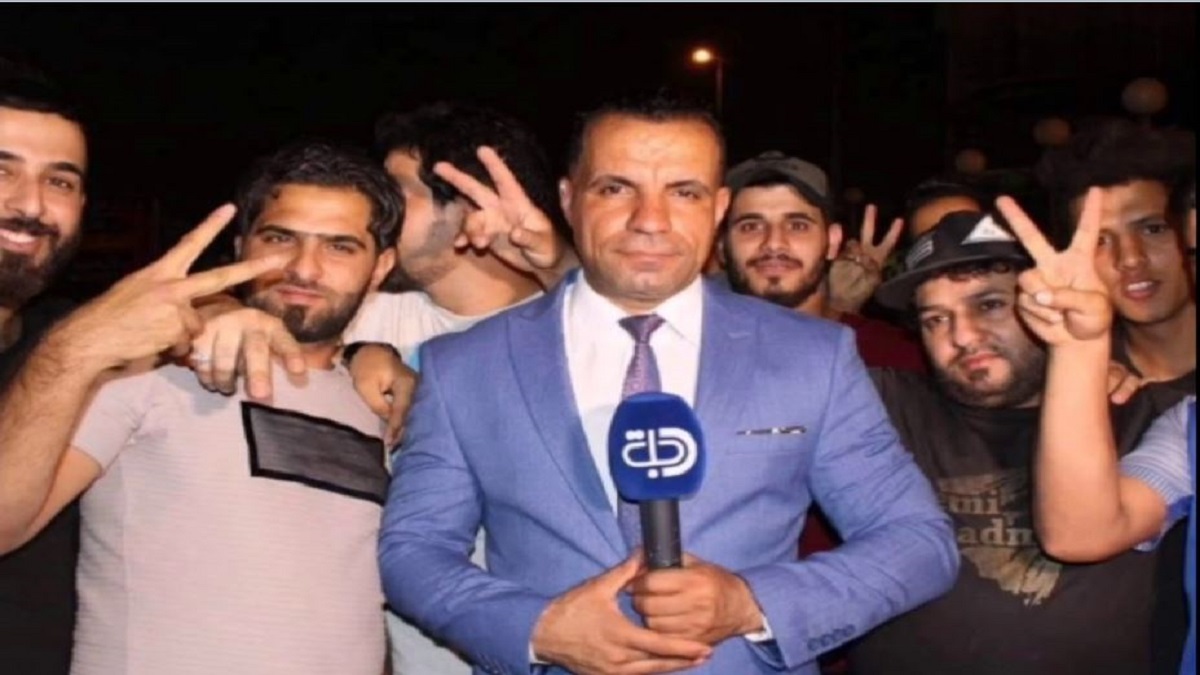 Geneva: The Euro-Mediterranean Human Rights Monitor condemned the assassination of an Iraqi reporter, "Ahmed Abdul Samad" , and a cameraman,  "Safaa Ghali," in Basra, on Friday 10 January, by unknown gunmen. The assassination of "Abdul Samad" came after his criticism of the brutal practices of the Iraqi government against the demonstrators.

The Geneva-based group said that Ahmed Abdul Samad, and Safaa Ghali, who worked for the Dijlah T.vV., They were shot dead inside their car while they were leaving the protest site in Basra, south of the Iraqi capital Baghdad., the report said.

Nada Nabil, a spokeswoman for the Euro-Mediterranean Monitor, raised questions about the index of freedom of expression in Iraq, saying that the assassination of the two journalists is a "final nail in the coffin of freedom of the press in Iraq," noting that the operation took place shortly after the video recorded by Abdul Samad recorded a video in which he criticized the suppressive practices against demonstrators and questioned the racial discriminatory ways in of dealing with protestors who demonstrated for Iran compared to , and the others who demonstrated for the sake of improving their living conditions at home.

It is noteworthy that the demonstrators in Basra were exposed subject to incitement by the leader of the security services operations in Basra, "Rashid Falih," who described called them protesters as “Spies and traitors”, and issued arrest warrants against a group of demonstrators arbitrarily.

The Euro-Med Monitor described the assassination as a "dreadful murder" witnessed in Iraq among amidst the systematic repression of the protests against corruption since last October.
The Euro-Mediterranean urged all responsible parties in Iraq to protect the right to life, by enforcing the law,  and taking punitive measures for against perpetrators of violence,those who violate this right and ensuringe the citizens right to live safely without threats.

Article (19) of the International Covenant on Civil and Political Rights, to which Iraq is a party, guarantees that "Everyone has the right to freedom of opinion and expression; this right includes freedom to hold opinions without interference and to seek, receive and impart information and ideas through any media and regardless of frontiers.”. Iraqi authorities are obliged to respect the right of citizens to demonstrate peacefully and their right to freedom of opinion and expression.

The Euro-Mediterranean Monitor stated that the assassination of "Abdul Samad" is a full-fledged crime, noting that this violates the special protection established by international humanitarian law for journalists from direct attacks and or threats against ening their lives. Hence, the crime constitutes a serious violation of the Geneva Conventions and its First Additional Protocol, in addition to intentionally directing an attack against a civilian, who which  also amounts to a war crime under the Rome Statute of the International Criminal Court., the Euro-Med Monitor adds.

At the end of its statement, tThe Euro-Med Monitor asked the Iraqi authorities to open a serious and impartial investigation into this "crime", asking itand to publish the results and punish its hold the perpetrators accountable. It confirmed that this attack is not the first against journalists and media workers, especially since the beginning of the demonstrations in Iraq.